With President Diane Woodruff taking Europe by storm as she leads our delegation at the international convention, Past-President John Frisch (Newmark Knight Frank) called the June 4th meeting to order.

Pam Saltenberger (Girl Scouts HCC) provided the thought for the day – a poem by Mary Oliver, “Why I Wake Early.” Selected by Pam as a favorite poem to start each day, it also proved to be a great way to start the meeting. 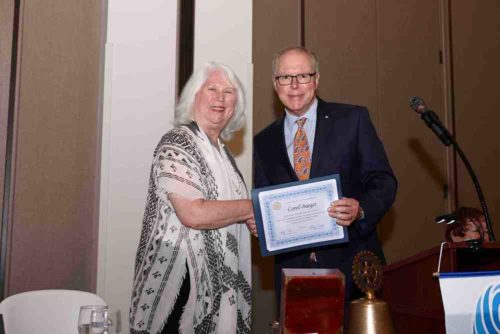 Update on the April Mystery Trip – Past-Emperor, Wes Yee (Yee Dental Care) shared slides of the April adventure. For the lucky 25 attendees, their mysterious day began with pastries from Andre’s Bakery, then continued on to Fiddletown where the group learned about the area from author/historian/docent Elaine Zorbas, and visited the very herb store and office, built in 1850, that once belonged to Emperor Yee’s Great-Great-Grandfather! Following the tour and wine tasting at Cooper Vineyards, they enjoyed dinner at Taste restaurant in Plymouth.

Roy Alexander informed us about World Community Services Projects that are funded through our donations to the Rotary Foundation. Focusing on international water and sanitation grants to help provide clean water in areas of need, the impact every dollar we donate is significant. Through matching grants, every $1 we invest grows to $7. Clayton Lee (CKL Trust) added that through these investments, nearly 250,000 people will benefit next year. The photos showing the smiling faces of those benefitting from these efforts were truly inspirational.

Jackie Kirkwood (Goodwin Cole Company) reported on the June 1st; Paint the Town, RCOS Community Service day projects. The striking difference in the before & after photos proved that all participants worked hard. Thank you, Jackie and team!

Past President John Frisch reminded us that Tuesday June 18th is Son’s Day at the River Cats! Time is running out, though, so please call the Rotary Office this week if you plan to go! In addition to that; Kamran Jamil; our Global Grant Recipient who will attend University of Cambridge thanked Club Members especially President Diane for all her support.

John Swentowsky (Swentowsky Photography) reported that the May 30th Loaves and Fishes servings went well. Despite a fire in the small dining hall, 800 meals were served.

Jeff Setzer (Setzer Forest Products) contributed $100 for the joy of at-long-last selling his car and in recognition of his daughter buying a house.

Past President John Frisch countered with the story of how he sold his mother’s ’92 Saturn for $250 and chipped in $100.

Jim Phillips relayed the story of taking a tour of Streng homes and contributed $50.

Jim Streng as a result of Jim Phillips contribution, elected to become a Chancellor ($1,000) saying with a smile, “I’m just glad the homes are still standing!” 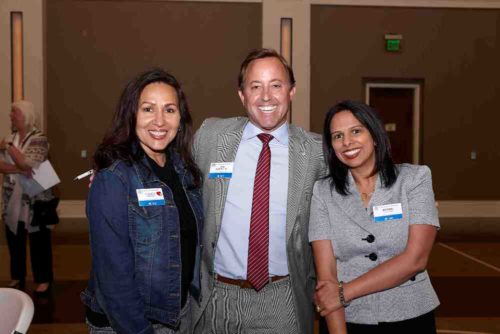 Ted Kappel (Kappel Mortgage Group) became a Dean ($500) to show support for Aiden Garvey, our Essay winner, who could not make the meeting.

Speaker of the Day – Carol Burger

Carol provided us with her perspective of the current state and future of health care. She summed it up with a quote from one of her friends who led an acute care hospital in our region – “Just don’t get sick.”

The statistics Carol provided were startling:

“So, what do we do? 1) Redefine what we mean by Healthcare; 2) Know what you are entitled to and what your community provides; 3) Be prepared to have someone advocate for you; and 4) Don’t be afraid to speak up!” 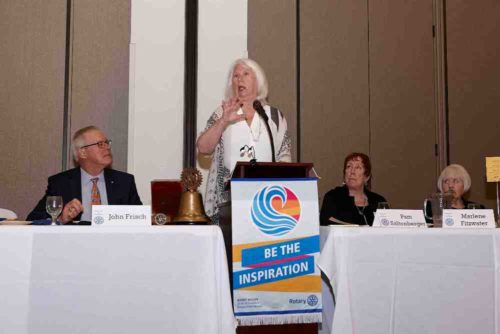 Carol also reinforced what we all need to do for ourselves that doesn’t require a healthcare professional – Exercise. Quoting Richard Simmons, “If you can’t run, walk. If you can’t walk, crawl. If you can’t crawl, roll!” 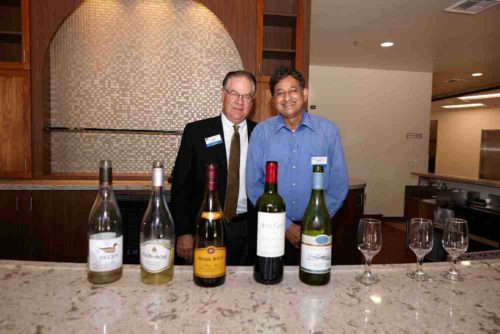