Kathy Herrfeldt (Home Care Assistance) chose this quote by Maya Angelou as the Thought for the Day, noting that it invoked the spirit of President Diane’s reign – Inspiration – and setting the tone for the last luncheon of our President’s term.

President Diane continued the theme of “Inspiration” by dedicating much of the meeting to recognizing the many members who over the past year have demonstrated the Rotary motto of “Service Above Self.” 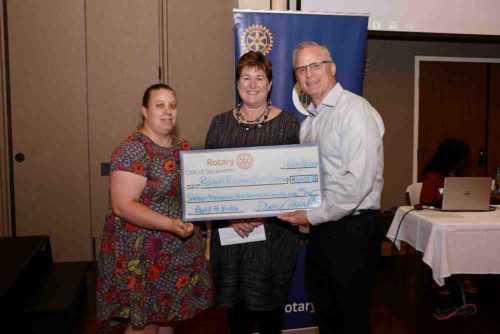 This included honoring our Sergeant-At-Arms Elfrena Foord (Foord, Van Bruggen & Pajak) who did a stellar job in that role and who gave of herself as co-chair of the Dive Bar fundraiser, member of the boards for the club and the foundation, and member of the Legacy Circle. To note this service, President Diane awarded Elfrena with her 7th Paul Harris.

This was followed by a presentation by meeting sponsor Danielle McGarrity representing the Children’s Receiving Home of Sacramento. Danielle gave a history of the organization, noting that it was founded by the Rotary Club of Sacramento and the Junior League in 1944 and is dedicated to improving the lives of foster youth in our community. Danielle urged members to help raise awareness of the needs of these underserved youth by “Donating Your Small Talk,” sharing information about the organization and its works with family, friends and colleagues in daily conversation. 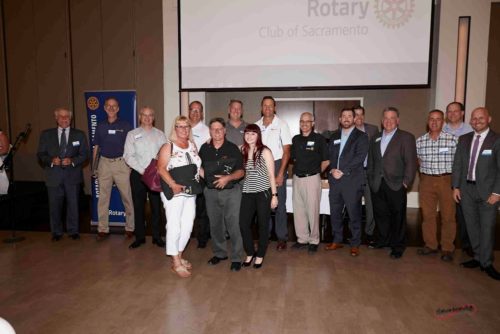 President Diane then went on to recognize longtime club member and our wonderful meeting photographer John Swentowsky (Swentowsky Photography) for his leadership of the club softball team which last year brought home the trophy. President Diane awarded John with a Paul Harris for his service and surprised him by inviting his wife and daughter to be present for the honor.

We recapped the District Inspirational Awards, where the Rotary Club of Sacramento received the most honors of the 38 clubs in our district. This included the Vitalant Award for donating blood, driven by Käthe Nathan’s (Merchants Bank of Commerce) and Callee Setzer’s (Setzer Forest Products) work as chairs of the blood drive; the Public Image Award, which was girded by the work of Jeanne Reaves (Jeanne Reaves Consulting), Kevin Smith-Fagan (PBS KVIE), Dennis Smith (Tsakopoulos Management), and the Sac Century PR team; the Membership Award, a success driven by the leadership of Margo Fowkes (OnTarget Consulting) and Jackie Kirkwood (Goodwin-Cole); the Administrative Award noting the outstanding work of our club administrators LaToya Wong, Sulaf Al Ajeeli, and Barbara Clegg; and the Service Award recognizing the inspirational charity work undertaken by countless members through community service, education, and grant funding throughout the year. 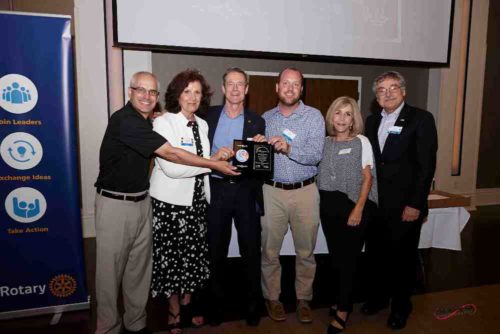 President Diane saluted Marlene Fitzwater (The Health Communication Research Institute, Inc), who recently received an Honorary Doctorate from Sacramento State for her work in creating Joshua’s House – which will open soon as the first hospice facility for terminally ill homeless people in our community. 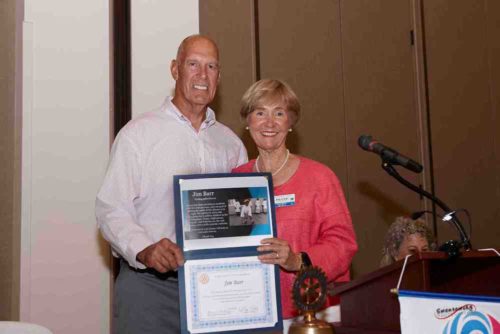 Next week’s club meeting is “Sons Day” at Raley Field to enjoy a Rivercats game – where members are welcomed to bring their sons, grandsons, and others (including daughters!) to enjoy a day of fellowship, baseball and sunshine.