PRESIDENT KEVIN SMITH-FAGAN (Executive Director of Fairytale Town) rang in our first meeting of March 2021 at noon. St. Patrick’s Day is approaching us, and we will be joined on the holiday by none other than our international friends over at the Rotary Club of Dublin, Ireland! As if having the luck of the Irish with us isn’t enough, PRESIDENT KEVIN was adamant that it wouldn’t be a true St. Patrick’s Day without a serving of Guinness Beer – after all, Rotary Club is where leaders meet to serve, right?

ALLISON CAGLEY (Sergeant in Arms) (Executive Director of Friends of Sacramento Arts) welcomed our two special guests, KEN and DAVID. Thank you KEN and DAVID for joining us, we hope to see you both in future meetings! ALLISON thanked our Pulse Reporter for this week’s meeting, JOHN GORALKA.

CHRISTIE HOLDEREGGER (V/P Chief Development Officer at Volunteers of America) came to this week’s meeting as a triple threat, serving as our Chair of the Day, volunteering to lead us in the Pledge of Allegiance, and providing us with our Thought for the Day. CHRISTIE wanted to honor Women’s History Month as well as Volunteers of America’s 125th anniversary, she chose to acknowledge the legacy behind Volunteers of America co-founder, Maud Ballington Booth. Maud Booth was a revolutionary that had critical efforts in women’s rights, prison reform, and nonprofit leadership. To this day, Maud is an exemplar of the positive impact that just one person can have on an entire community. A celebration of Maud Booth is a celebration of hope, volunteerism, leadership, and commitment to our community; the same values that our Rotary Club holds close to the heart.

CLICK HERE to watch a video detailing the history of Maud Booth and Volunteers of America.

PAST PRESIDENT DAN MCVEIGH (Downey Brand LLP) kindly gave a warming eulogy for his longtime friend and law colleague, PAST PRESIDENT GEORGE BASYE, who passed away on February 6, 2021. GEORGE was recognized as one of the preeminent water lawyers in the State of California, a pillar in the Sacramento community, an active and generous member in Rotary, and a good friend of many of us. Anyone that knew GEORGE, knew that he was linked to all things Swedish. He spoke and read Swedish, studied in Sweden, and drove Volvos exclusively. However, GEORGE was born in Porterville, California. He served in the Navy during WWII and graduated from the College of the Pacific in 1948. Following his graduation, he spent one year studying the Swedish language at the University of Stockholm, Sweden. He spent some time hitchhiking around Europe returning to the U.S. and hitting the road again, only this time playing the double bass with the jazz trio the Krazy Kats. GEORGE first made moves towards what would be his life career when he enrolled at the Boalt Hall at the University of California, Berkeley for his law degree. He graduated from the University at the top of his class in 1954 and quickly landed a position at what was the largest law firm in Sacramento in 1955: Downey, Brand, Seymour and Rohwer. Over the timeline of his career, GEORGE was a major player in shaping the course of water law in California. He was actively involved in negotiations leading to the water right settlement agreements between the Sacramento River water users and the United States in 1964. He formed the North Delta Water Agency and negotiated the agreement in 1981 between that Agency and the State of California, protecting water quality and uses within the northern half of the Sacramento-San Joaquin Delta. He is survived by Mary Alice, his wife of 68 years, and children Anne, Jennifer Basye Sander, John, and Paul and grandchildren Dr. Alex Limanowski, Julian and Jonathan Sander, and Lily Basye. His life serves as an example of a life well lived. He will be missed by all of us who were lucky enough to know him. 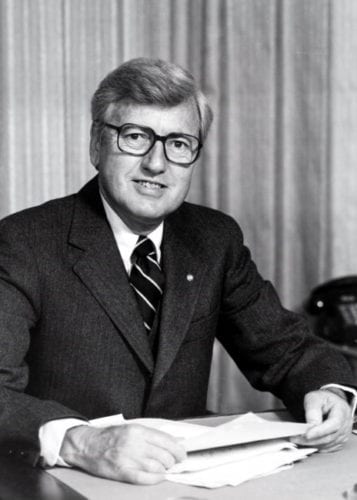 LAURA HEINTZ (CEO at Stanford Sierra Youth & Families) was our meeting sponsor and brought along CHRISTIE SHORROCK to deliver a timely presentation about Stanford Sierra Youth & Families. They serve families in the greater Sacramento region and the general Northern California area. Through a partnership with Sacramento State, they are hosting their 1st virtual Forever Family Fun Run on April 17, 2021, from 8am-12pm. Have you ever wanted to be a mentor for the youth? You are invited to join the Stanford & Sierra Youth Families WONDER mentoring program where they work with children between the ages of 6-12. Please email wonder@youthsolutions.org for more information.

CHRIS ANN BACHTEL said we are still on the quest of finding meeting sponsors. There debatably has never been a better time to sponsor our meetings; the cost is low, the meeting turnout is high, and the pressure is much lower than it would be talking in-person to an entire room of Rotarians. Please consider sponsoring our meetings if you have not already.

As Chair of the Day, CHRISTIE HOLDEREGGER had the pleasure of introducing our guest speakers, Lt. SCOTT WONG and Lt. SANDRA BROWN of the Palo Alto Police Department. SANDRA BROWN is a former Lieutenant that retired in 2011 after working five years as a Deputy Sheriff for the Santa Clara County Sheriff’s Office and twenty-five years with the Palo Alto Police Department. SCOTT WONG, also a former Lieutenant, was hired as a police oﬃcer for the City of Palo Alto in 1982. He was promoted to Agent in 1993, promoted to Sergeant in 1996, and promoted to the rank of Lieutenant in 2009 before retiring in 2011.

SANDRA sparked the discussion to come by first admitting that up until 2009, she had practically never even heard the word “bias.” Nowadays, she is a firm believer that bias should be taught even in elementary school curriculum. As humans, we all have bias. There are two types of bias:

SANDRA stated that as a society, we need to be able to shift the conversation about race and bias by focusing on the science of implicit bias. This begins by recognizing our own bias that is personal to us, and by understanding how implicit biases can affect perceptions and behavior.

SCOTT asserted that bias is a normal human attribute; in fact, the majority of us have biases that we may not even actively be aware of (aka implicit bias). Did you know it is possible to have implicit biases that are incompatible with your own set of core values and beliefs? Yeah, the mind is really that complex! Surely, you must think, there has to be some type of pattern for when we use bias, right? Well, that’s true – we tend to prejudge what we perceive as “ambiguous stimuli” using different group stereotypes. Stereotypes can allow our mind to take a mental shortcut that allows us to come to conclusions quicker. While this doesn’t always result in an unfavorable assessment, the con of making stereotypes/generalizations is that it doesn’t acknowledge the individual differences of each person or thing. In other words, it is best to proceed with extra caution and extra awareness when encountering something or someone that you are unfamiliar with, as you may place a group characteristic to that thing or person that could have a negative impact on your perception.

SANDRA BROWN concluded that this topic is important for everyone – bias excludes no professions! Many people incorrectly presume that bias is only aimed at law enforcement. However, there are current psychological research studies focusing on bias in school teachers, lawyers/prosecutors/judges, doctors/nurses, and more. Everyone can benefit from learning about bias, because it is part of being human.

ALLISON CAGLEY brought the meeting to a close. Next week we will have guest speaker MILES COOLEY (Chief Legal Officer/Chief Operations Officer at CMNTY Culture) with us to discuss the strength and resilience of foster youth, what is was like growing up in the foster care system, and how stress, trauma, and suffering can be turned into self-determination. We hope to see each and every one of you back with us on March 9th!