PRESIDENT KEVIN SMITH-FAGAN (Executive Director of Fairytale Town) called the meeting to order from his Fairytale Town-themed Zoom room. While it wasn’t noted during the meeting, this author is struck by the fact that with a year of shelter in place behind us, we Rotarians have become quite Zoom-savvy, with chats and reaction emojis abounding throughout the meeting.

ALLISON CAGLEY (Sergeant in Arms) (Executive Director of Friends of Sacramento Arts) announced the arrival of meeting guests: JERRY G. (Jackson Hospitality) and THANH HUONG LE (Sports Massage Therapist at Elite Spinal & Sports Care). When prompted by ALLISON, THANH shared with our group that she is currently studying neuroscience in hopes of launching a career into academia & research for post-polio treatment. THANH is actually a polio survivor herself, and she is eager to share her self-proclaimed treatments with the rest of the world. Thanks to THANH and JERRY G. for your interest in our Club!

Thought for the Day

Inspired by International Women’s Day, Home Healthcare Warrior KATHY HERRFELDT (Owner of Home Care Assistance) gave us her thoughts for the day with quotes from several powerful women in history. As Eleanor Roosevelt once said that “well behaved women rarely make history” and according to Gina Cary, “a strong woman looks a challenge dead in the eye, and gives it a wink.” Undaunted, PAUL KEEFER (Executive Director of Pacific Charter Institute) volunteered to lead the Pledge of Allegiance. For the record, PAUL did not do it “in high heels,” like Ginger Rogers. 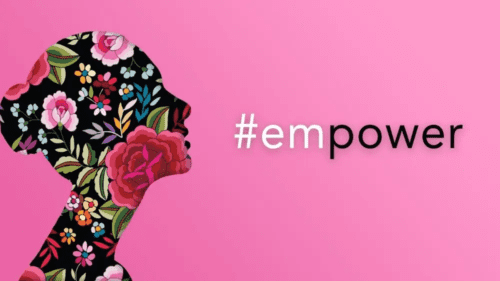 PRESIDENT-ELECT BOB MILLER (Business Development Office at First US Community Credit Union) was the sponsor for the day. During the pandemic, First U.S. has been helping local businesses recover and rebound through Payroll Protection Program (PPP) and BOB would be happy to help Rotarians learn more about this option. PRESIDENT-ELECT BOB is just an email away at bmiller@firstus.org. As part of his sponsorship, PRESIDENT KEVIN offered BOB a crowd sourced jingle for First U.S. In a burst of club creativity, BOB got six for one. You be the judge:

“Feel the sunny side of First U.S.”

“Feel the under belly of First U.S.”

“Feel the mirth and girth of First U.S.”

KERRY WOOD (Chief Marketing & Donor Engagement Officer of the Sacramento Region Community Foundation) announced that the Program Committee is beginning to plan speakers for the 2021-2022 Rotary year and needs your help! As incoming co-chair of the Programs Committee, along with SARAH HODGE (Director of Development at CSU Sacramento), KERRY would be grateful for your thoughts and suggestions on this crucial aspect of the club, so please provide your feedback. Since PRESIDENT-ELECT BOB MILLER’s theme for the year will be recovery, our speakers will be focused on how the Sacramento region is rebounding from the pandemic and what we can do to support our community and help the local economy. Please fill out the survey if you have not done so already – the stronger the lineup, the better our meetings will be!

BOBBY REED (CEO of Capitol Tech Solutions) gave an update on Golf 4 Kids, which will be held on May 21st at the Land Park Golf Course. There are numerous sponsorship opportunities still available, please contact BOBBY if you would like to be a sponsor for this major event. In addition, the American River Parkway Cleanup is coming up on March 20th at 9:00 a.m. and we are still welcoming any interested volunteers.

In honor of his naming as a 2021 Best in State Wealth Advisor by Forbes Magazine, ERIC SOLIS (Managing Director – Investments Officer at Solis Financial Strategies Group of Wells Fargo Advisors) was inspired to give an Eddie Mulligan for our Rotary! Wow, congratulations ERIC on the well-deserved public recognition by Forbes, and thank you for your generosity! ERIC also touched on the upcoming year of our Young Professionals group and mentioned that we are adding four new students to the group, all freshman at Sacramento High School.

Chair of the Day/Speaker Introduction

Chair of the Day TODD KOOLAKIAN introduced our guest speaker, MILES COOLEY (Chief Legal Officer/Chief Operations Officer at CMNTY Culture). MILES is currently the Chief Operating Officer of the CMNTY Culture portfolio of entertainment companies and a prominent lawyer, public speaker, and activist on behalf of foster youth. Born and raised in Sacramento and Davis, MILES came through the local foster care system and graduated from C.K. McClatchy High School, before receiving his undergraduate degree at U.C. Berkeley, serving in the Peace Corps in Ecuador, and graduating from Boalt Hall Law School. 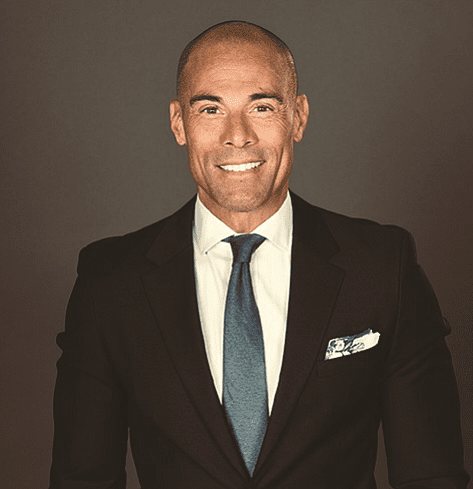 MILE’s presentation topic was “Bending But Not Breaking: The Strength and Resilience of Foster Youth”, and his story was so powerful that no Rotarian could have left the meeting without a renewed commitment to service. MILES began with a strong, experience-based claim that resilience is the key ingredient to changing lives for the better of youth in foster care. After a childhood full of unimaginable trauma, which he shared to us without bitterness, he was adopted by a family in Davis. The connection with that “dysfunctional” family was fragile at best and became broken over time.

Through it all, a school psychologist named Leslie Cooley took a special interest in him and provided the “pressure valve” he needed to survive being dismissed by his adoptive family and returning to the foster care system. No matter where he lived from there on out, she stayed in his life and made sure that his Sports Illustrated subscription followed him through all his address changes as a foster youth.

Over the course of his three year stay at the Sacramento Children’s Home, Leslie Cooley was authorized as a “Visiting Friend” and continued to be a steady source of love and support in his life. Eventually, she adopted him and nurtured him through high school, where he did not distinguish himself academically. As MILES stated, there were some bumps down the road – his first-time trying alcohol, navigating dating as a teenager, and all the other troubles one may find themselves in during high school. However, Leslie concurrently showed him that there are consequences for his actions, but it’s okay to make mistakes. She wasn’t going anywhere – and this was the type of support that allowed him to keep going despite everything he’d been through. Once he found himself at Sacramento City College, professors and counselors saw his potential and he graduated with straight A’s. He was later accepted to Cal Berkeley, where he earned a degree in political science.

After serving in the Peace Corps in Ecuador promoting development for women and children, MILES returned to Berkeley for a law degree and embarked on what is now an impressive career as a corporate lawyer with very high-profile clients. He is now blessed with a wife and son, and his long absent biological father has become an “incredible grandfather” to his son. MILES marveled at the “joy of family” he has been gifted with after such a turbulent beginning.

While his own life story was moving beyond words, MILES was more interested in imparting the reasons for his transcendence and the lessons his story offers. He focused primarily on two themes: Resilience and Community.

According to MILES, resilience was his “special sauce.” Somehow, he knew that the things that happened to him were because of the bad decisions of adults – not because he was not worthy of good things. Drawing strength from hardship was his superpower and he used the “bad things” as his coat of armor.

MILES referred to “community” as the fertile soil in which his seeds of resilience were planted. By community, he meant the people who believed in him throughout his life and reinforced his worth. Like a patchwork quilt of care woven over time, he cited teachers, counselors, coaches, parents of friends and of course, Leslie Cooley. These temporary caretakers strengthened his personal mantra that we are not the sum of the bad things that happen to us, we are the sum of what we decide to do about the things that happen to us.

MILES left us with inspiration. Calling out the legions of foster children who have gone through even worse childhoods than his own, he asked us to imagine what would happen if we were to support them in finding their personal superpowers. “We can never know the impact we are having on a young person,” he said. “If love motivates you, anything is possible.”

CLICK HERE to watch a Ted Talk given by MILES COOLEY.

ALLISON CAGLEY enjoined us to attend the next meeting on March 16th as we celebrate St. Patrick’s Day with the Dublin club – as in Ireland, not California. Don’t forget to wear green! Erin go Bragh (Ireland Forever)!