PRESIDENT KEVIN SMITH-FAGAN (Executive Director of Fairytale Town) was all smiles as he kicked off the meeting by thanking our very special guest, HOLGER KNAACK (Rotary International President) for carving time out of his ever-busy schedule to be with us and staying up so late – we would have never guessed that it was 8:00 p.m. his time! In honor of PRESIDENT HOLGER’s appearance, guest performer and longtime Rotarian WILLIAM SHUBB (Senior United States District Judge of the United States District Court) brought out his ukulele and gave a remarkable performance of “I’m Gonna Sit Right Down and Write Myself a Letter” by the Boswell Sisters. PRESIDENT KEVIN mentioned that our meeting with PRESIDENT HOLGER just so happened to fortuitously coincide with the birthday of Rotary (the first Rotary meeting was held on February 23, 1905 in Chicago, IL with our four founding fathers). Happy Birthday to us!

ALLISON CAGLEY (Sergeant in Arms) (Executive Director of Friends of Sacramento Arts) welcomed the many Rotarians zooming in from near and far and thanked this week’s Pulse Reporter, DANIELLE MCGARRITY. Guest Rotarian from Marysville, MARY LANGSDORF, requested that everyone join her in her recital of the Pledge of Allegiance. She came prepared with her own mini U.S.A. flag to wave!

Thought of the Day

NICOLE WILHELM (Co-Founder/Realtor of The Wilhelm Team at Compass) gave our Thought of the Day. Her inspiration was sourced from Black History Month in conjunction with Women’s History Month coming up in March. NICOLE asked us to recall the powerful and poetic words of the poet laureate Amanda Gorman from the 2021 Presidential Inauguration: 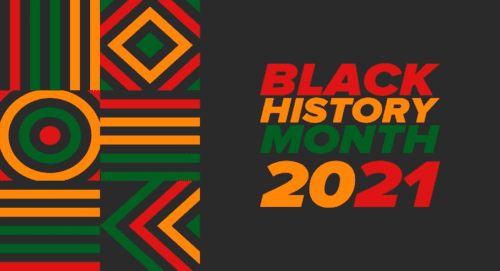 NANCY SMITH-FAGAN (Director of Advancement at Christian Brothers High School) spoke on behalf of the Scholarship Committee to announce that scholarship applications are now open for submission on their website. After the deadline to submit applications on April 15th, they will be needing a few extra volunteer readers. Please contact NANCY for more information!

Rotary’s annual Golf 4 Kids fundraiser (Rotary’s longest continuing fundraiser, which began in Sacramento 98 years ago) is scheduled for Friday, May 21 at William Land Golf Course. CALLEE SETZER (Sales of Setzer Forest Products) shared that we are seeking item donations for the online auction, you may contact NORM MARSHALL (President of Headwaters Construction Inc.) or DAVE HIGDON (Big Cheese of California Moving Systems) to donate. We are still determining our sponsorships, contact BOBBY REED (CEO of Capitol Tech Solutions) to be an event sponsor. Nash & Proper will be our finger-lickin’ good food truck this year. Tee times begin at 10:30 a.m.

Our virtual Speech contest is coming up quickly on Tuesday, March 16. DAVID BRANDENBURGER (Managing Director of Newmark Knight Frank) is seeking additional judges to weigh in on the students’ presentations on how 2020 created opportunities; please contact DAVID to sign up.

The International Service Committee, focused on access to clean water, sanitation and hygiene, has served 300,000 people to-date. JAMIE FURLONG (Securitized Real Estate Specialist of Bangerter Financial Services) shared that Rotary raised $100,000 for a recent project in Uganda and provided clean water at 64 different facilities. Our cumulative contribution to water projects in the last 4-5 years is now estimated to be at $8 million dollars.

The new Sustainability Committee will undertake its first cleanup project along the American River Parkway on Saturday, March 20. To join, contact BOBBY REED. In addition, BOBBY updated us regarding the Young Professionals’ Club Valentine’s Day fundraiser. They raised $9,000 toward the Old Sacramento Waterfront iconic sign project, which aligns with Rotary’s economic and community development area of focus. The sign project will help bolster the local economy and give Sacramento another highly visible landmark at a key gateway to the central city. The first rendition of the sign is finished but not yet ready to be revealed… just know that moves are being made!

This meeting marked the 50th anniversary of the Rotary Club of Sacramento Foundation. PAST PRESIDENT RICK DAVIS introduced a Commemorative Eddie Mulligan (EM) pin that will soon be available. It will be accessible for those that get their EM pin this year. It is 1.5 centimeters in length and a combination of the 2 previously existing EM pins.

BRENT HASTEY (District Governor of Rotary District 5180) had the honor of introducing Rotary International (RI) President HOLGER KNAACK. A Rotary member since 1992, PRESIDENT HOLGER has served Rotary as treasurer, director, moderator, member and chair of several committees, representative for the Council of Legislation, zone coordinator, training leader, and district governor. CEO of Knaack KG, a real estate company, he is an endowment/major gifts adviser and was co-chair of the Host Organization Committee for the 2019 Rotary International Convention in Hamburg.

PRESIDENT HOLGER congratulated our club on being large, active, and a strong financial contributor – even better, he said that when he thinks of successful Rotary Clubs in the United States of America, he will now be thinking of the Rotary Club of Sacramento! Can you believe it?

PRESIDENT HOLGER congratulated us all on embracing the spirit of change over the last year. He mentioned that he has been the first 100% virtual RI president, and while he’s probably the first president to never set foot in his office in Chicago, being “all-online” has enabled him to be present at clubs all over the world; often “visiting” multiple countries/continents in one day.

PRESIDENT HOLGER believes that the most inspiring thing about Rotary is the people he has met – people who want to serve the community and be part of a group with shared values. Rotary broadens our perspectives and provides us with new personal and professional opportunities. He stood by his conviction that Rotary is ultimately about personal growth, as well as becoming a better leader. He encouraged us all to regularly reflect upon the Four-Way Test, emphasizing the virtue of honesty – not just with others, but also within ourselves. One of PRESIDENT HOLGER’s main hope for the future of Rotary is that we will continue to change and grow by recruiting more young professionals and women. A diversity of ages, genders and backgrounds can only make our clubs stronger, and the lack thereof is what he believes to be one of our biggest downfalls as an organization currently. He firmly stated, “There is no wrong age to become a Rotarian, because every age has something to contribute.”

There were two questions that PRESIDENT HOLGER wants each and every Rotary club to explore and answer for themselves. It was his belief that your answers to these questions will correspond with the success of each Club. The questions he left us with are listed below:

CLICK HERE to watch the full speech given by RI PRESIDENT HOLGER KNAACK.

ALLISON CAGLEY briefed everyone on the content for our next meeting: two (2) police officers from the Palo Alto Police Department will be Zooming in to discuss Implicit Bias in Police training, so we are guaranteed to have yet another intellectually stimulating meeting. We hope to see everyone next week!