It was an action-packed club luncheon with a big focus on the generosity of club members and the club’s philanthropy, followed by far-ranging comments by the head of the state Chamber of Commerce Allan Zaremberg.

David Brandenburger (Newmark Knight Frank) was the meeting sponsor and he graciously donated his time to Dr. Darice Goodman, CEO of the League to Save Lake Tahoe.  She showed a short video stressing the importance of preserving Tahoe’s blue color and clarity.  Keep Tahoe Blue is one of the oldest and largest foundations in the area. 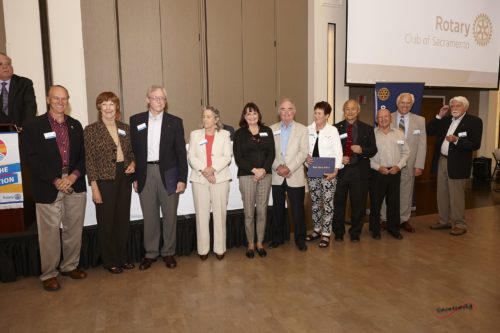 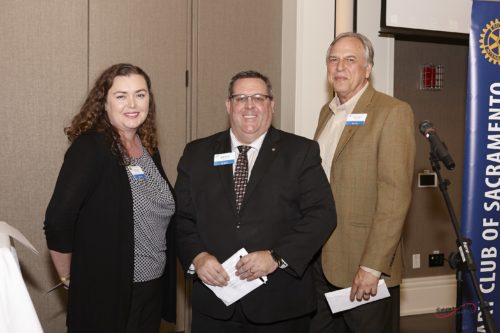 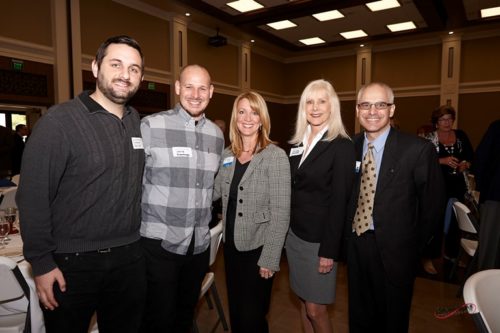 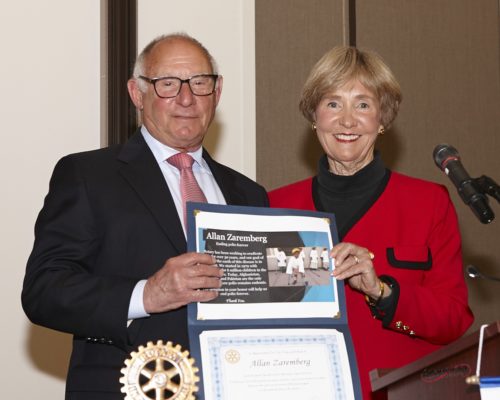 Chair of the Day PP Jon Snyder introduced Allan Zaremberg, president and CEO of the California Chamber of Commerce. In his colorful way, Allan discussed politics and policy with anecdotes ranging from Willie Brown to Jerry Brown. The economy?  Allan said it is as good as it’s gonna get.  Why?  Full employment. The consequences? Housing prices are on the rise, parents are worried about the next generations’ prospects, and there are productivity questions. Allan cited research universities as crucial to growth, with a glaring lack in the Central Valley; UC Merced is a step in the right direction. He also covered voter priorities on candidate personalities versus issues, streamlining growth, President Trump, health care, high-speed rail, and tax reform inequities among other topics. 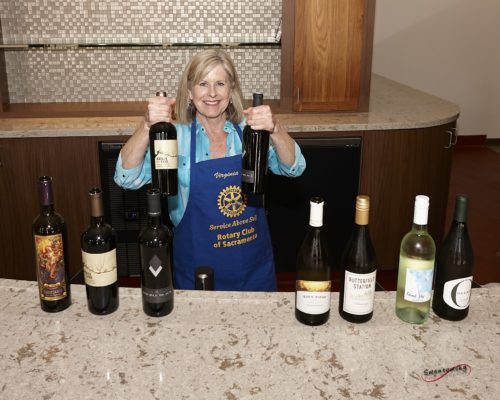 Our next meeting will be the May 14 celebration of the Golf for Kids fundraiser.