President Diane Woodruff welcomed all to the strains of Kool and the Gang’s “Celebration,” and gaveled the meeting to order at 12:10 pm, with thanks to all for the recent and successful Golf 4 Kids event. 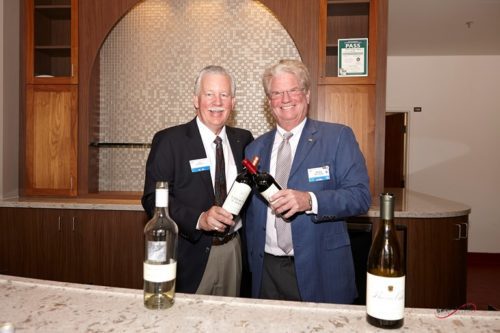 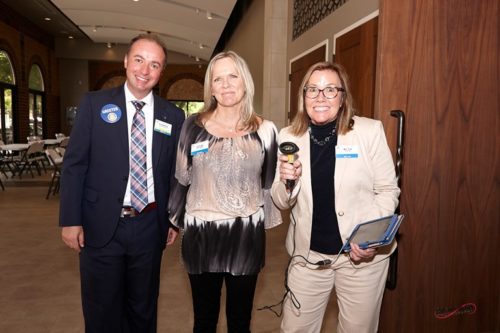 Thought for the Day presenter Buddy Hubbert (Mother Lode Capital) shared thoughts about golfer Bobby Jones, who lived his life “like a Rotarian, whether he was one or not.” Buddy shared reflections about Bobby and offer Rotarian-quality quotes.

President Diane requested a moment of silence in honor of long-standing member Ed Grebitus who passed away recently. After that moment, Ted Grebitus offered his thanks to members who sent cards encouraging Ed – they were much appreciated and ensured Ed didn’t feel alone or forgotten. 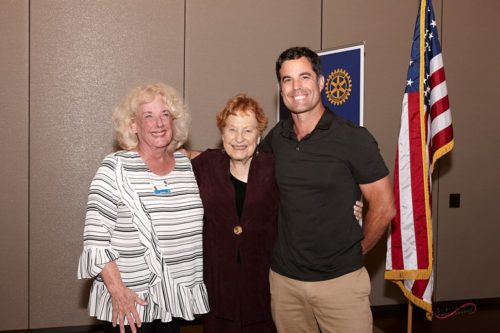 President Diane invited John Wood (McGee & Thielen Insurance Brokers) to the rostrum, who then lionized a club member – a lifelong learner, a wise and good communicator, an individual with a passion for self-improvement and growth and someone who believes that the quality of life rests on the quality of your relationships… He also noted that this Rotarian had lost a son tragically, yet found a way to create positives, writing two books reflecting on her journey from grief to grace. With very few eyes left dry by this time, John announced Robyn DeLong (Coldwell Banker) as our newest Rotary Fellow! 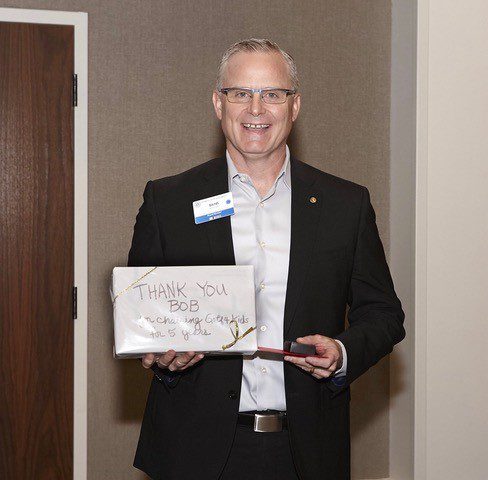 Bob was then presented with a Paul Harris and an enormous box of chocolates. 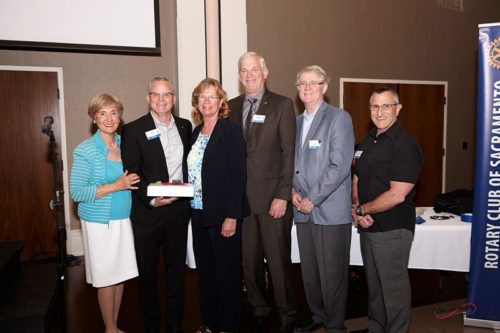 Past President Diane was presented with her third Paul Harris. 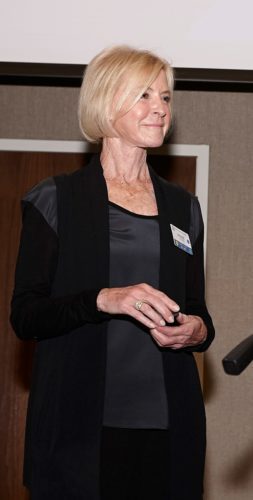 It was a free-for-all, fine-yourself donnybrook:

President Diane turned over the microphone to Bob Miller, so he could summarize the success of Golf 4 Kids! He shared photos, starting with one featuring several of the kids who he and others have gotten to know over the years through this event, whose courage and grace inspire everyone involved with Golf 4 Kids. Bob wanted all to understand that the most important thing about our event is the support it provides to these and other fantastic kids, who benefit from the specialized equipment and other support this event provides them.

He noted that the event raised nearly $60,000, which, after expenses, left a net of just over $40,000 to benefit the children at the special schools this event annually supports, including:

Bob then turned his attention to the sponsors and volunteers who made the event such a success, showing logos and photos of the following, much-appreciated sponsors:

Bob also called out some individuals for their gifts and volunteership;

Lastly, Bob recognized the Rotary Office Staff, who worked tirelessly to make the event a success – LaToya Wong, Sulaf Al Ajeeli and Barbara Clegg were recognized with a standing ovation for their heroics.  In closing, he thanked the club, President Diane, and everyone involved for their participation in Golf 4 Kids’ success. Bob encouraged everyone to be just as enthusiastic next year, when the event will be led by Callee Setzer and Brandon Montalvo.

Sergeant.-at-Arms Elfrena Foord announced that we will meet again next Tuesday at the same location to celebrate Armed Forces Day at Rotary.

After a surprise-filled meeting, President Diane called Past President Skip Lawrence and Elfrena Foord to the front, as she announced that she and they would be off to Hamburg, Germany for the Rotary International Convention. They then, ill-advisedly, recreated the ‘Goodnight’ scene from The Sound of Music – “So long, farewell, auf wiedersehen, good night…” Blessedly, none gave up their day jobs…