Rotary Meeting, August 9, 2022
The Rotary Club of Sacramento pulled out all of the stops as we celebrated Imagine International Collaboration. We enjoyed great music, great food, and great fellowship!
LET’S GET THIS MEETING STARTED!
Rotarians and guests were greeted by PAST PRESIDENT WALTER DAHL (Partner/Dahl Law, Attorneys at Law) and SERGIO ROBLES (Field Representative / Office of Congressman Ami Bera. M.D. The International Committee sponsored the wine and changed the wine bar menu to provide both Sangria and good cheer! JIM HENDERSON (Attorney/Messing Adam & Jasmine) in his red beret and keen artistic eye was our photographer. 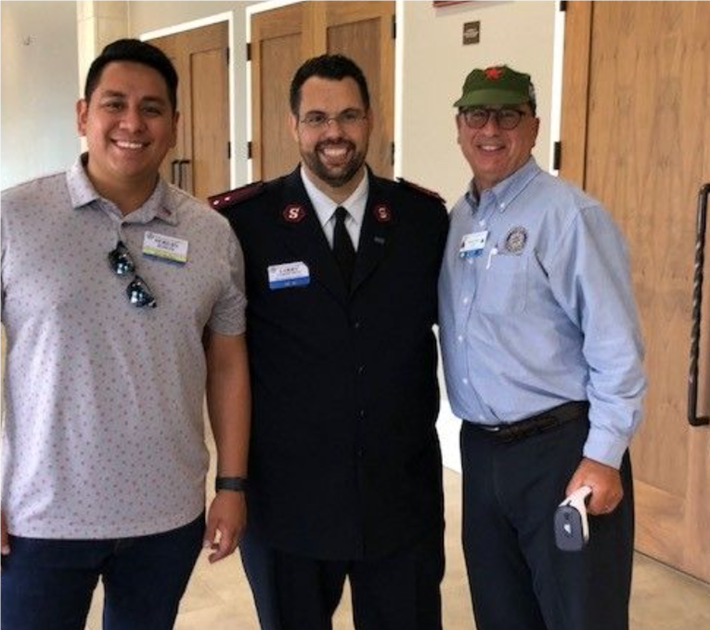 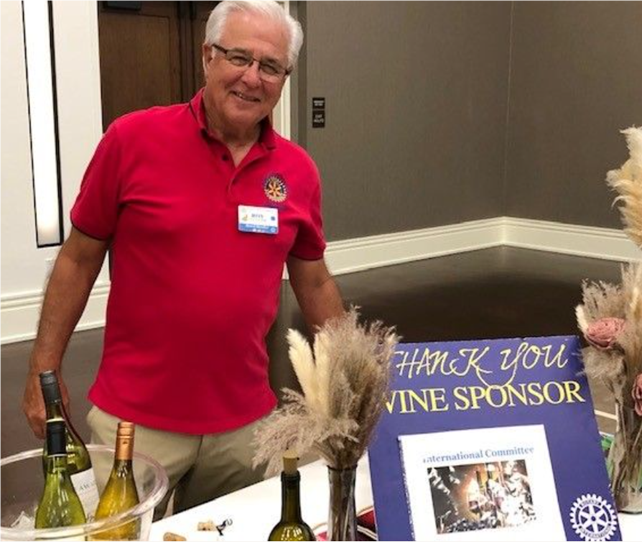 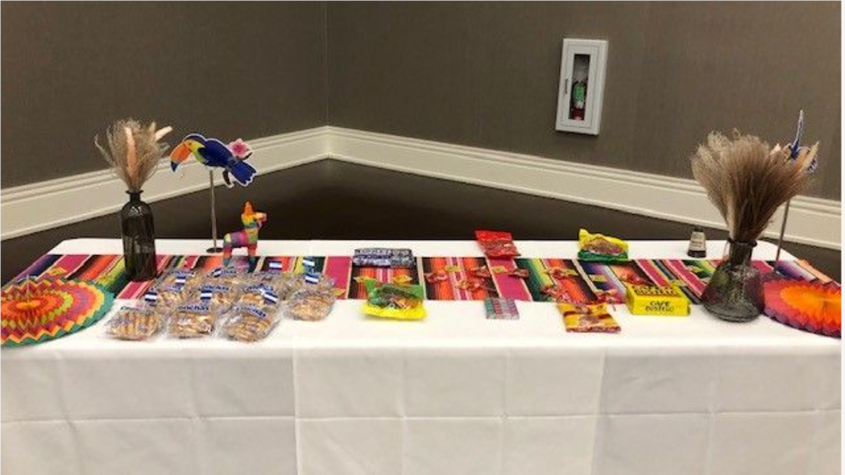 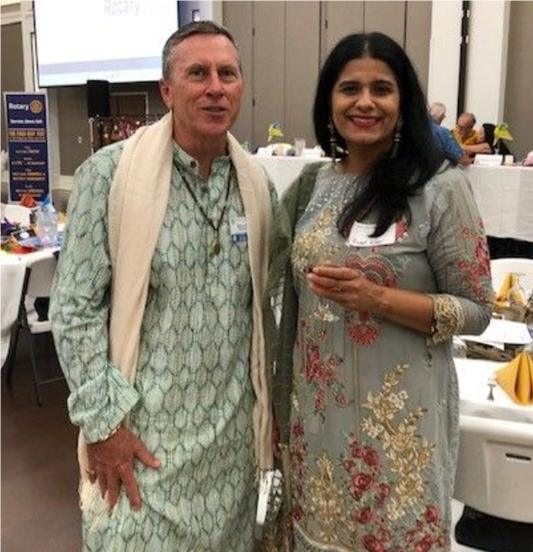 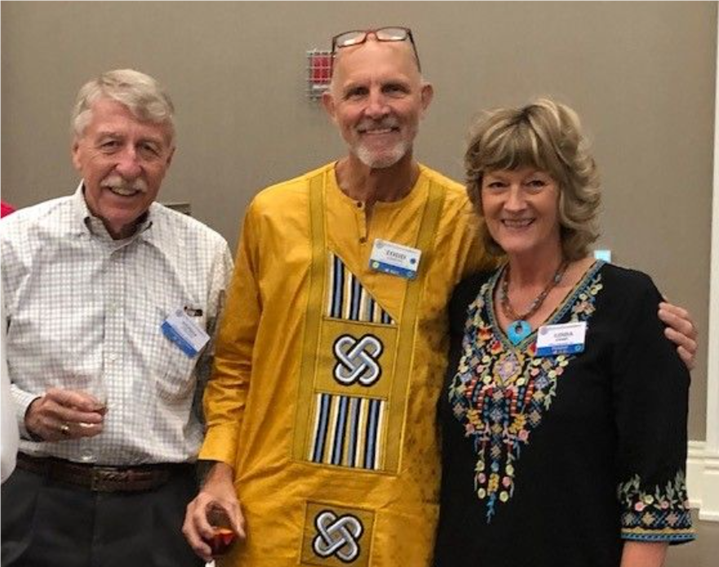 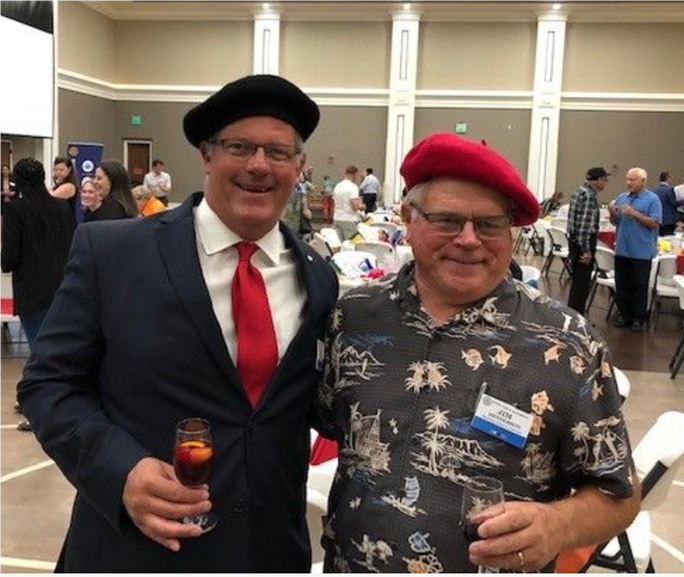 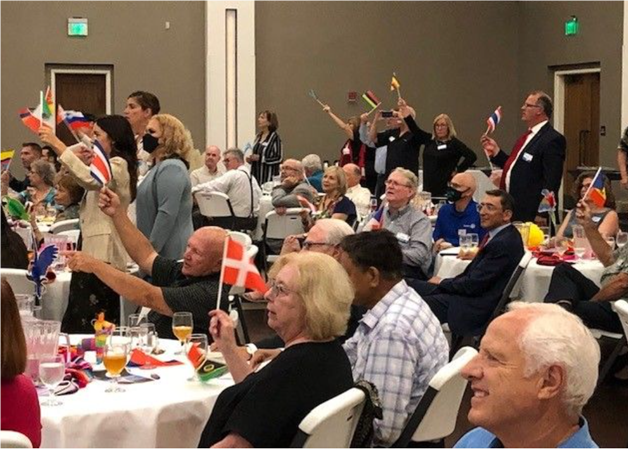 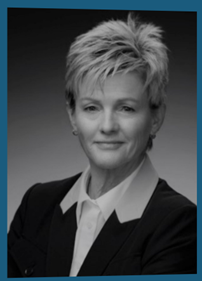 ROTARIAN SPOTLIGHT
ELFRENA FORD (Arata Brothers Trust) provided a great briefing on three (3) exceptional Rotary members including SARAH HODGES (Association of Water Agencies), FRED TEICHERT (Teichert Foundation), and DICK NOONAN (CHP Retired and The Railroad Museum). Their quirky claims to fame; SARAH is a huge fan of GEORGE WASHINGTON and has visited Mt. Vernon ten (10) times. FRED is a compulsive Sudoku player, and DICK says there is no better way to see the Grand Canyon than through the ears of a Donkey! Thank you for sharing! 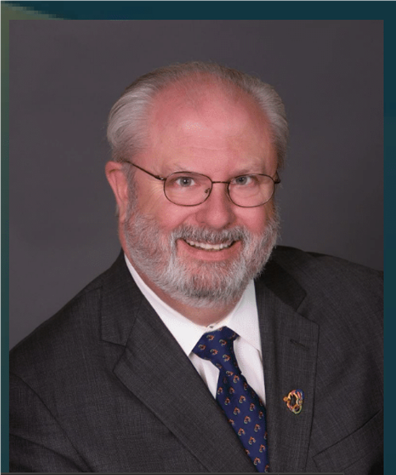 FRED TEICHERT
7/24 birthday – 37 years in Rotary
FRED is the founding executive director of The Teichert Foundation since 1990.  In1995, FRED, and the Teichert Foundation were responsible for leading the effort to bring a new organization to Sacramento, a Boys and Girls Club.  FRED had realized while participating in a single-parent counseling group, how important it would be to have a safe place for kids to go between the time school let out and the time the parent came home from work.  Teichert Foundation backed the community’s efforts to fund and build the first Club in Alkali Flats, The Thomas Raley branch, followed by a second club in Lemon Hill, the Teichert Branch.  Sacramento has a total of 10 locations now, even one in Juvenile Hall.
FRED’s father, HENRY,  and FRED were both presidents of our Rotary Club, one of 4 father/son President combos. In 2014, Fred became District Governor of Rotary District 5180, only the second member of our club to hold that position. FRED says “District Governor is not as much fun as being Club President, but it is a great opportunity to get to know the other Rotarians and some 40 clubs in our district.”
Fun Fact:  FRED was taught by our late Past President Skip Lawrence how to play Sudoku which he says he enjoys more than he should.  His bragging right is that he’s proficient at the Demanding level and he’s happy to have company so let him know if you’d like to learn!!!. 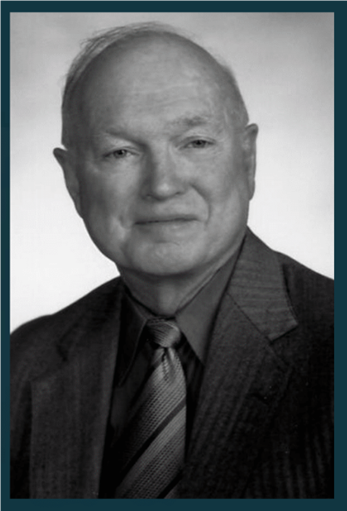 DICK NOONAN
8/7 birthday-    47 continuous years in Rotary but in 3 different clubs-28 years at our club and was even President of Fairfield Suisun Rotary in 1981.
DICK had a stellar career in law enforcement. He started out at the San Diego Police department in 1959, and 5 years later joined the California Highway Patrol   While Captain in command of CHP office in Fairfield, he received a California Medal of Valor for an act he did when he was off duty.  DICK saw smoke coming out of a house and a bystander said a man was inside.  DICK went in, dragged the unconscious man out of the house, and saved his life.
DICK is fond of railroads. It started at age 9 when he took a train ride with his grade school class. He visited our Sacramento Railroad Museum on opening day in 1981, 41 years ago. And right away he joined as a volunteer docent and still does that to this day. And he lived in S. California part of the time and volunteered on weekends and summers driving to Sacramento.  DICK retired from the CHP in 1993 and next, as a volunteer, he was assigned as the General Manager of the Railroad Museum’s Operating Railroad.
Fun Fact – DICK has done 10 trips in and out of the Grand Canyon by mule, doing the first one when he was 13 years old and the last one 60 years later when he was 73.  He says “The best view of the Grand Canyon is through the ears of a mule.” 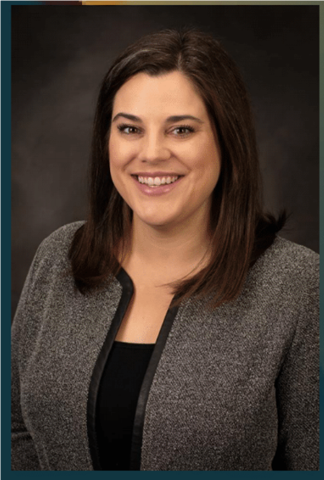 SARAH HODGE
7/28 birthday – 3 Years in Rotary
SARAH’s 3 years in our Rotary Club doesn’t tell the whole story.  When SARAH was a Freshman in High School, she joined the Rotary Interact Club as they had great service projects, even a blood drive.  She went to RYLA, the Rotary’s Youth Leadership Camp, and Senior year she served as her high school’s Interact Club President.  I believe Sarah is our only member with her participation in Rotary starting as a Freshman in high school.
SARAH went to UC Santa Barbara majoring in biology.  While interested in science, she found she also was a people person.  So her job now with the Association of California Water Agencies is perfect.  She loves learning all about California water problems and policy, lots of science there but enjoys the people contact working in member relations and board management.
SARAH is an outdoors gal and loves hiking, camping, and anything on the water, like Paddleboarding.
Fun Fact – SARAH loves GEORGE WASHINGTON who had a scientist orientation with his farm in Mt. Vernon with raising animals and his farm management.  Mount Vernon is her favorite place and she has been there nearly 10 times. The views of the Potomac River are beautiful!
CLUB ANNOUNCEMENTS
PRESIDENT LINDA (Shareholder / Gilbert and Assoc. )invited us to consider attending the District 5180 Foundation Dinner at the Doubletree on September 17. More info is available at dist5180.org.
TIM MATTHEIS (WMB Architects) requested volunteers for Friday and Saturday and especially individuals with good knees. You know who you are!
KATHE NATHAN (retired, Merchants Bank) updated us on the Sacramento Century and stated we are ahead with registered riders and Team Challenges over last year (435 and 41 respectively).
ROTARY FELLOWSHIP
Well, it wasn’t pretty but about the whole room did the Macarena dance under the skillful leadership of HEIDI and ELFRENA – click here for video. From this reporter’s viewpoint, DAVID BRANDENBERGER (Director/ Newmark)  offered an energetic, critically acclaimed rendition with an incredible finish in every rotation! We also were delighted to have the musical musings of CLEMON CHARLES and his smooth guitar and silky voice. 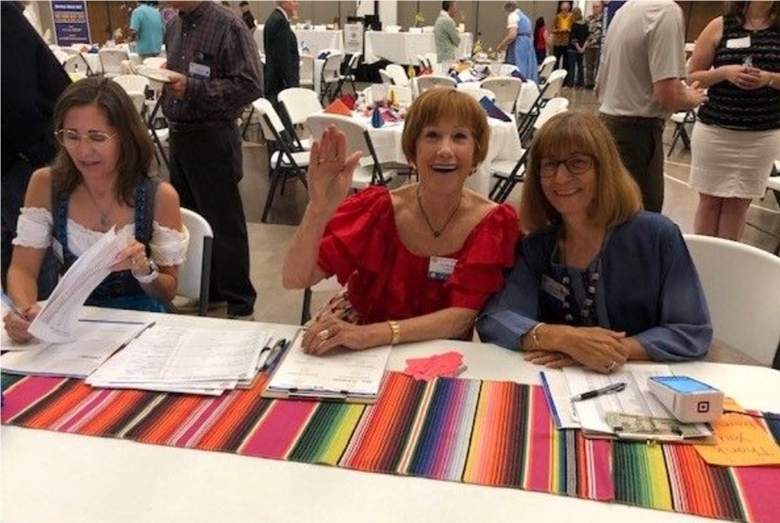 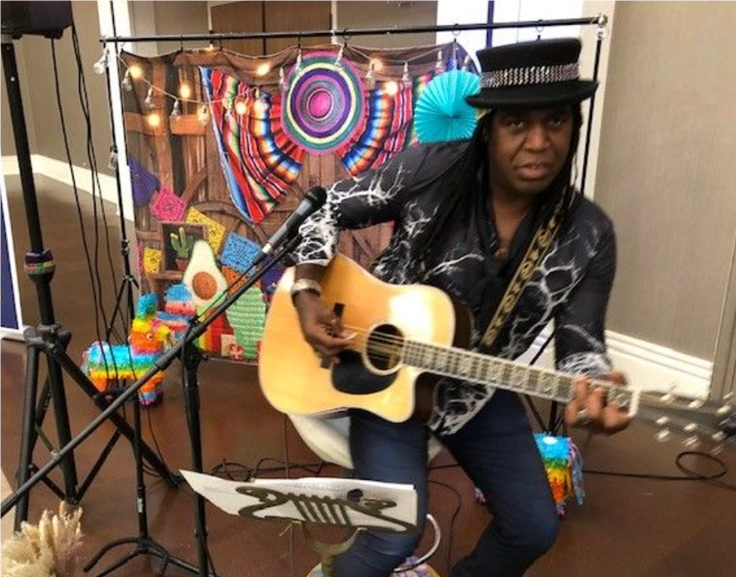 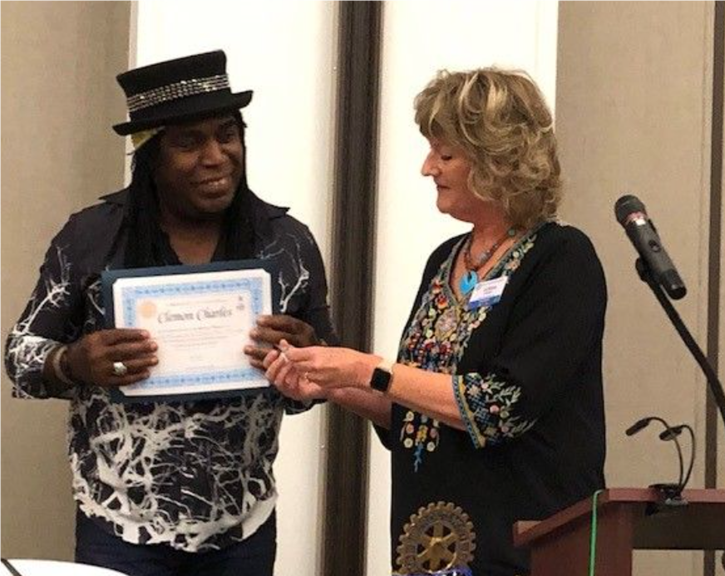 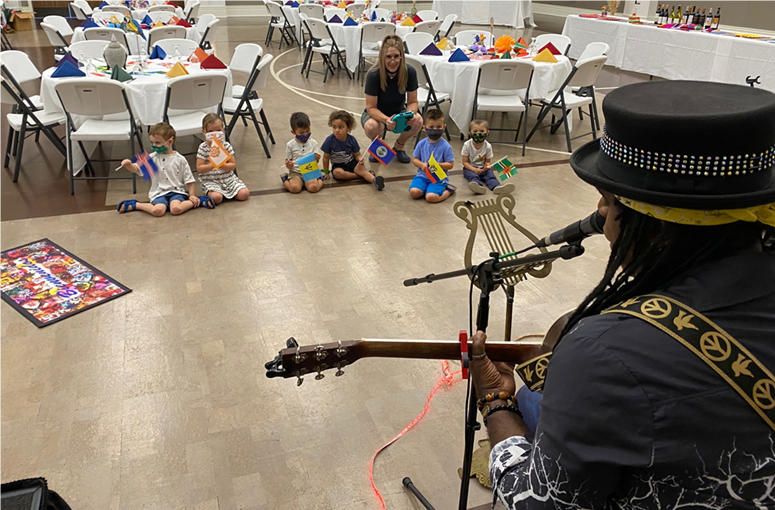 THE IMPORTANCE OF CLEAN WATER
STEWARD (STEW) MARTIN brought his Rotary International expertise for clean water grants and success to our club. STEW reminded us that over a billion people do not have clean water in the world. His own experiences and failures coupled with success has made STEWART a key player in our expansion of our ISE efforts including partnerships (local community, local club, and partner club), owning the project from start to finish, and building goodwill around the world. STEWART provided a whole lotta complex slides, but the message was clear; Rotary is making a difference for clean water across the world and through clean water, individuals can have dignity and good health!
STEWART finished with the diagnosis of the disease that many Rotarians have; CRASS-Committed Rotarian Action Service Syndrome.
Click here for STEW’s Power Point Presentation. 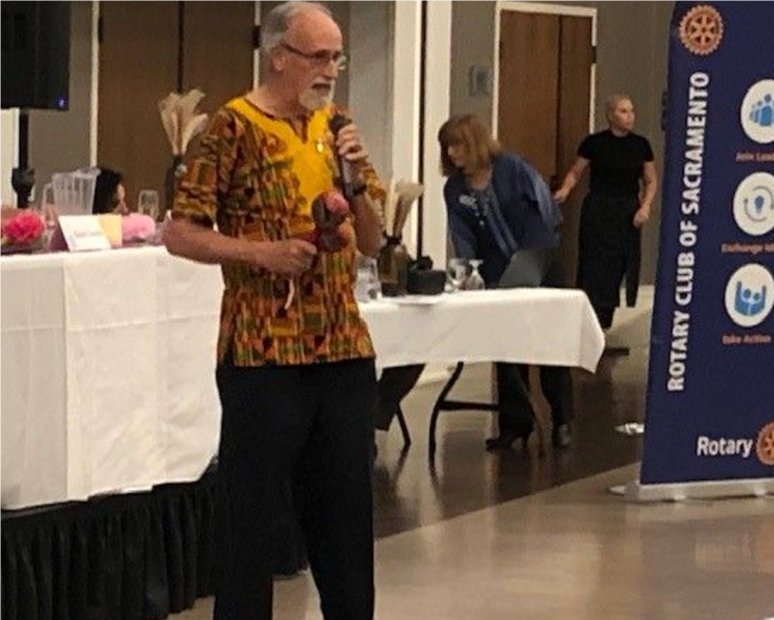 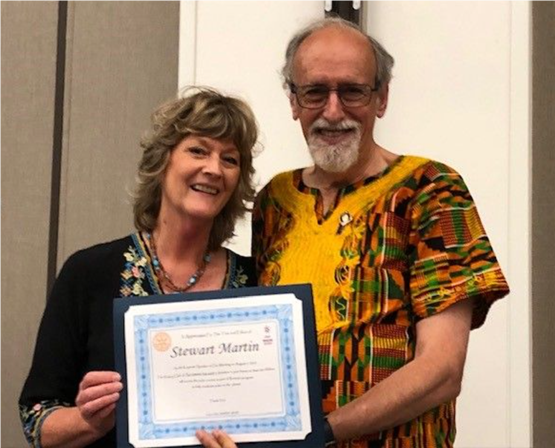 DON’T MISS NEXT TUESDAY!
JENNIFER BARRERA stalks the halls of our state capitol, looking for targets of opportunity. No, she’s not some deranged serial killer straight out of a JOHN LESCROART novel. BARRERA is the new President & CEO of the California Chamber of Commerce. And a big part of her job is to protect California’s businesses by finding and killing “job-killer” bills before they can be signed into law. What are some of her latest “victims?” What is she doing to promote business in California? Find out by joining us for next week’s Rotary Club of Sacramento meeting (noon on Tuesday at the Annunciation Church). 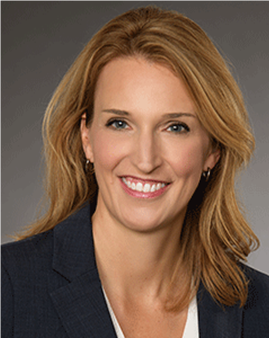 UPCOMING MEETINGS AT A GLANCE
08/16/2022 – JENNIFER BARRERA /What is the Cal Chamber doing to save California Businesses?
JENNIFER will provide an exclusive, insider’s point of view!
Jennifer Barrera
President and Chief Executive Officer
JENNIFER BARRERA is president and chief executive officer of the CalChamber. BARRERA took over the leadership position in October 2021, after serving as the executive vice president of policy for four years.  As executive vice president, BARRERA oversaw the development and implementation of policy and strategy for four years.  Prior to that, she led CalChamber advocacy on labor and employment and taxation from September 2010 through the end of 2017.
From May 2003 until joining the CalChamber staff, BARRERA worked at a statewide law firm that specializes in labor/employment defense, now Carothers, DiSante & Freudenberger, LLP. She represented employers in both state and federal court on a variety of issues, including wage and hour disputes, discrimination, harassment, retaliation, breach of contract, and wrongful termination.
She also advised both small and large businesses on compliance issues, presented seminars on various employment-related topics, and regularly authored articles in human resources publications.
BARRERA earned a B.A. in English from California State University, Bakersfield, and a J.D. with high honors from California Western School of Law.
08/23/2022 -Downtown Sacramento Partnership – MICHAEL AULT –https://www.downtownsac.org/
Don’t miss this opportunity to be the first to get the scoop and inside information on the new projects, businesses, and restaurants downtown! 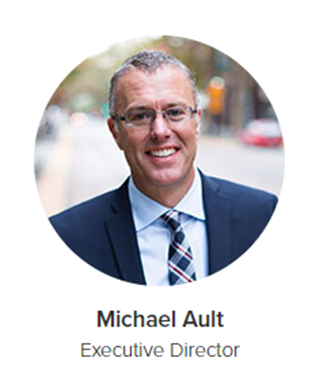 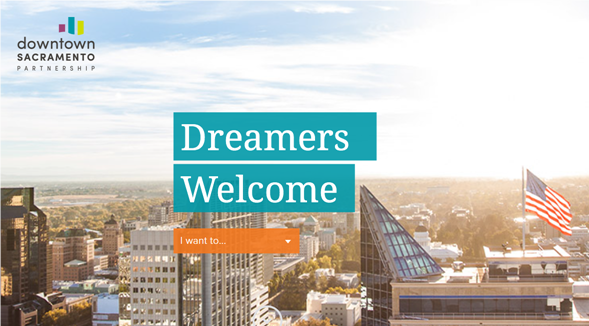 08/30/2022 -Chancellor Los Rios Community College – BRIAN KING – https://losrios.edu/
Free community college was dropped from the Biden Tax Bill- Don’t miss the opportunity to learn what may be in the works for community colleges! 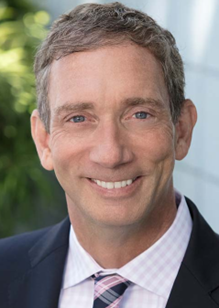 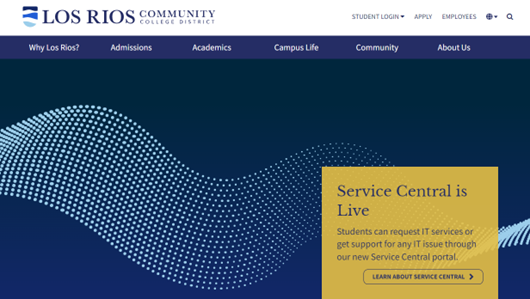