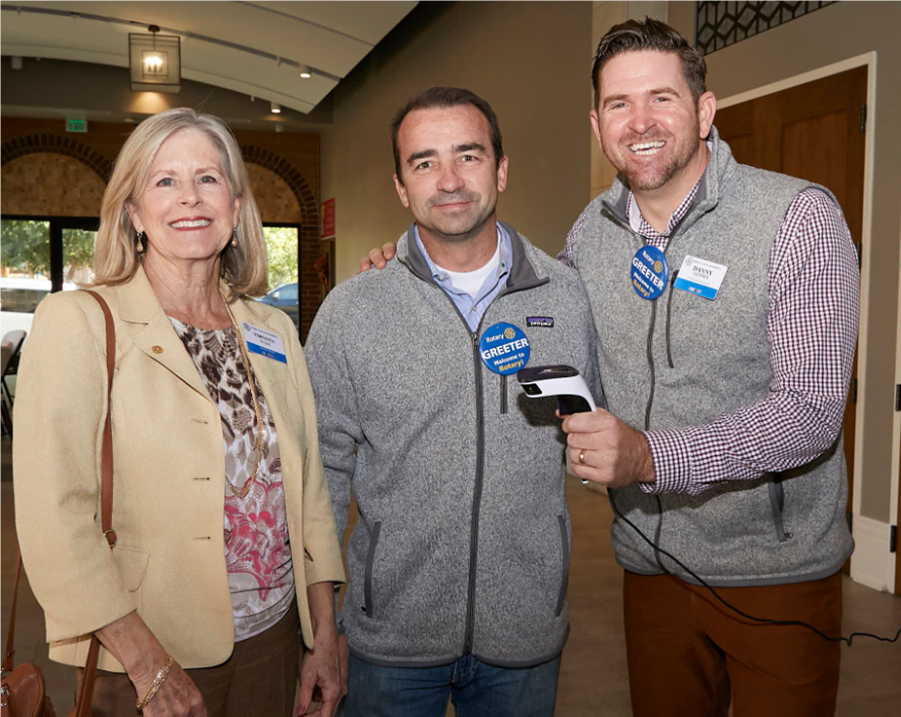 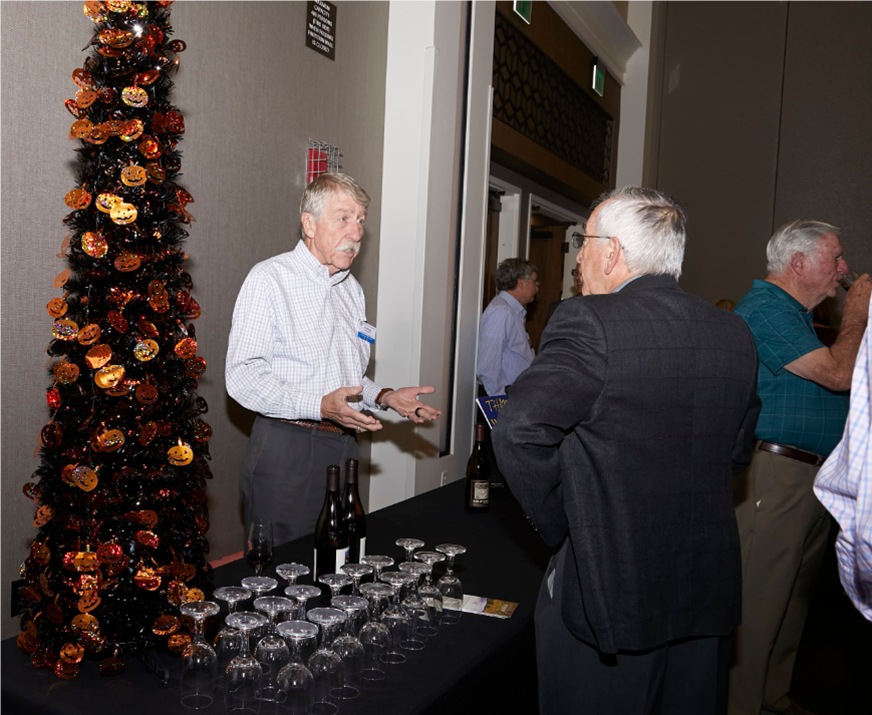 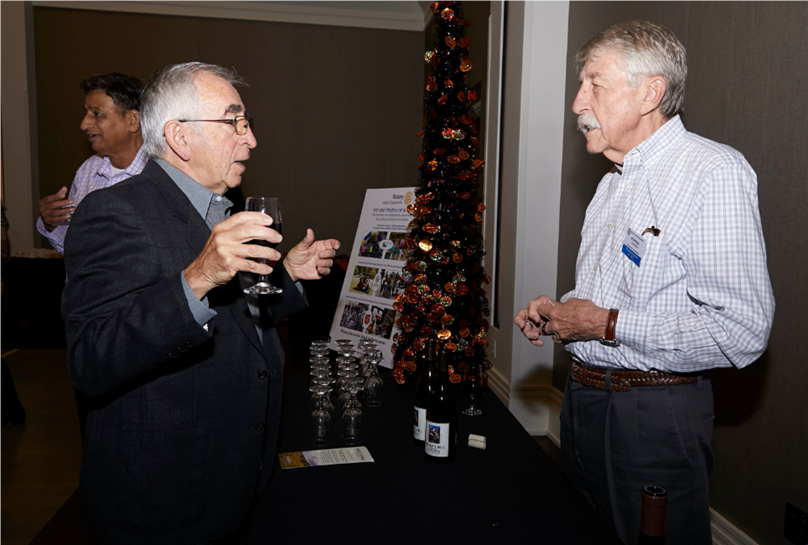 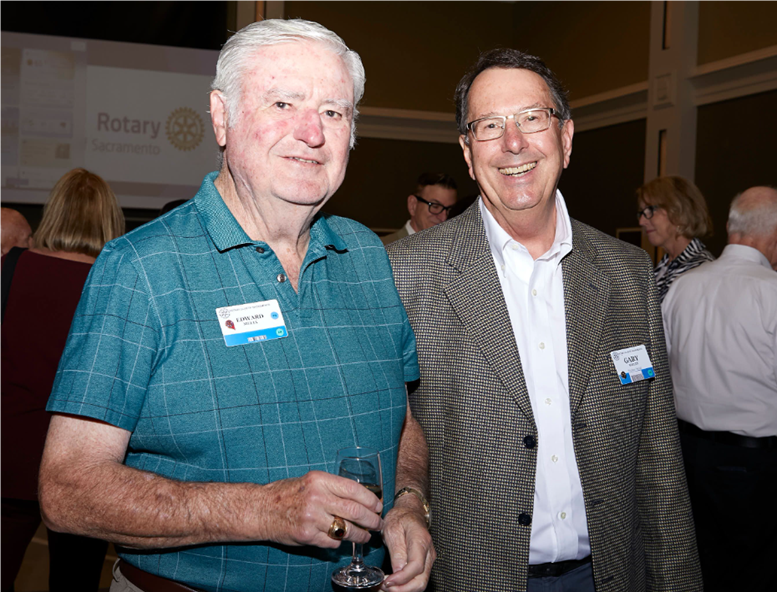 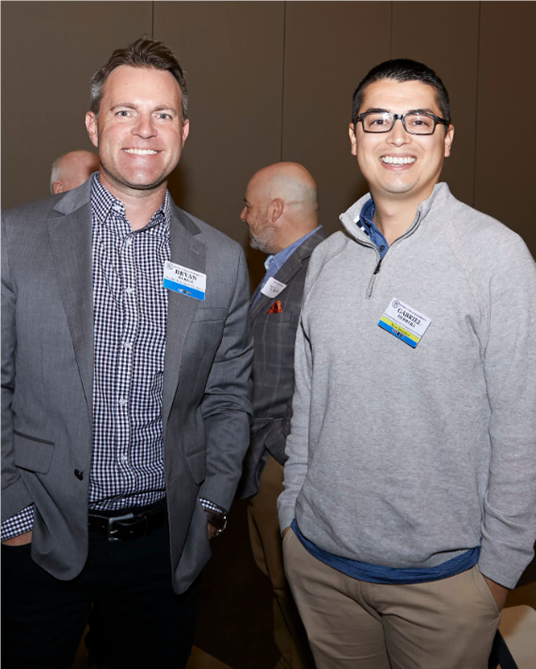 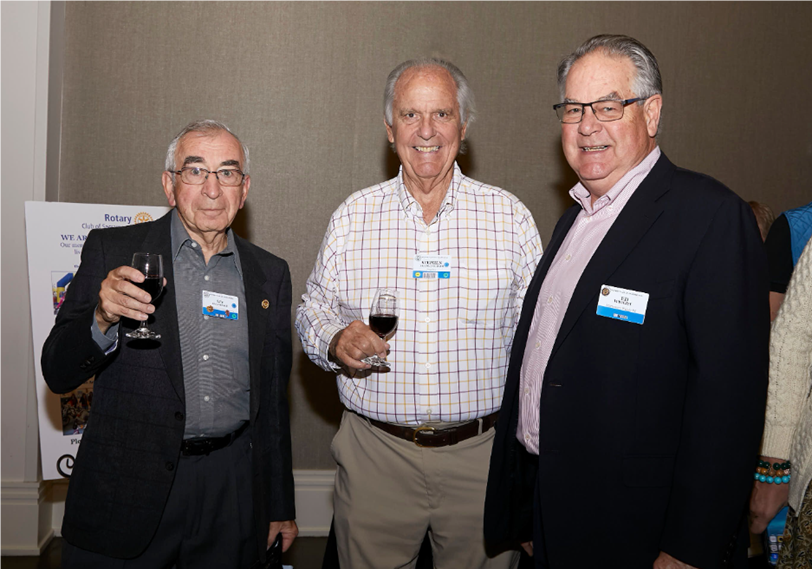 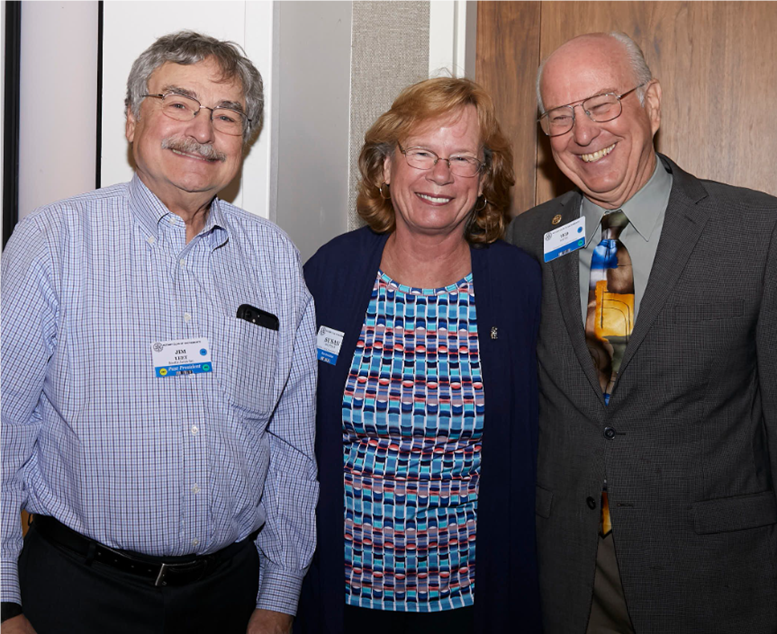 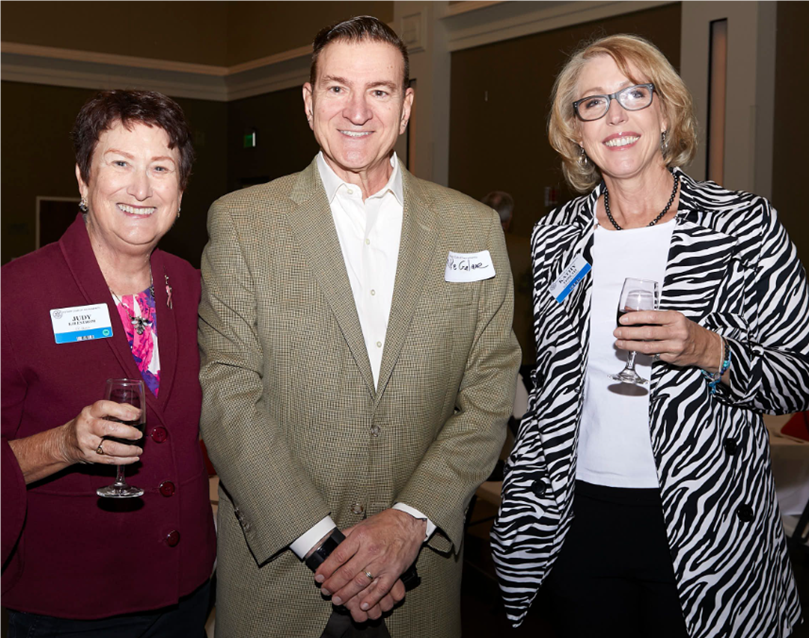 JUDY KJELSTROM (UC Davis) gave us the thought for the day in her notes below:
My thought for the day is to live life with curiosity to honor our speaker, my friend, SHAHNAZ VAN DE VENTER of MOSAC (Museum of Science and Curiosity).
I have served on the MOSAC BOD as well as co-chaired the Education committee since 2011 so I know the importance of this name.
Science can be a scary subject for many, but every child is curious.  To be a scientist, one must first be curious.
The technical definition of curiosity is a strong desire to know or learn.
Being curious can manifest itself in the activity of asking questions, but it can also be a position from which one approaches life.
Professor of Psychology, TODD KASHDAN, at George Mason University (author of Curious! Discover the Missing Ingredient to a fulfilling Life) call curiosity “an engine of growth….He believes that it is from our openness, that we are able to develop depth and richness in our existence.
Curiosity is the idea that one is simply open to learning the nuances of the unknown and in doing so, hope to broaden and deepen the scope of understanding.
We are all born curious, but when answers are valued more than questions, we forget how to ask.  Here are 8 habits of curious people, if you want to relearn…..
So the Thought of the Day is to Live Life with a Child’s Curiosity and Go Have fun at MOSAC. 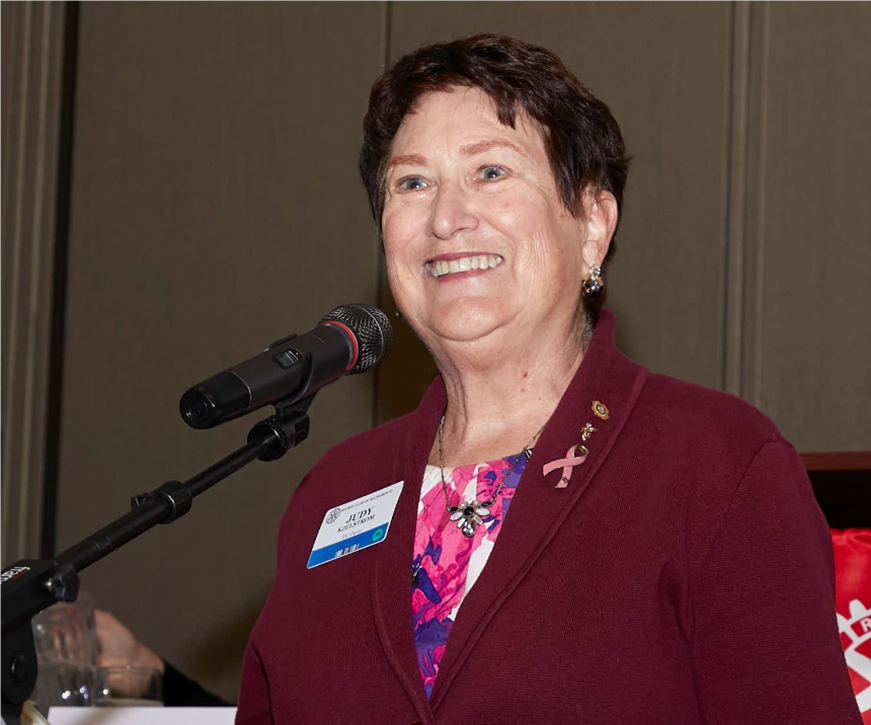 Guests included MIKE GALANE, President of the Science Center Board, TY SMITH of the California State Railroad Museum, SARAH ELI of Gilbert CPAs, DARRELL TEAT, President of the Safety Center, LUCA MERCURIO our RYE student from Italy, and PETER GOYL of the Sacramento Public Library.
Our meeting Sponsor was BOBBIE HALES who donated her time to DARELL TEAT, CEO of the Safety Center, which was voted one of “the Best places to work in Sacramento!”  They have a number of divisions at the Safety Center including Work Place Training, Active Shooter, Safetyville, Motorcycle Training, and Court Mandated DUI Education.
Click here to view the full PowerPoint Presentation. 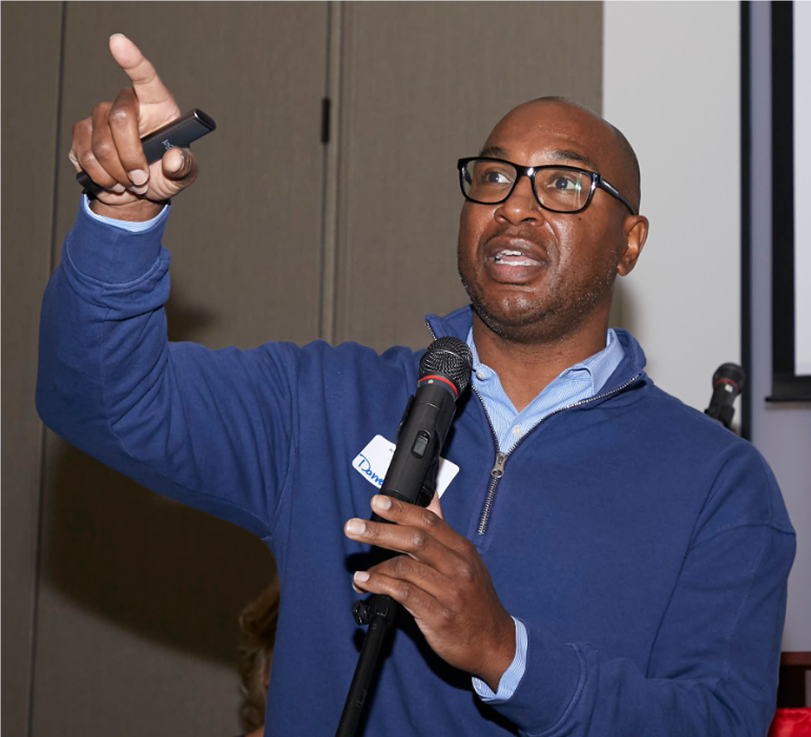 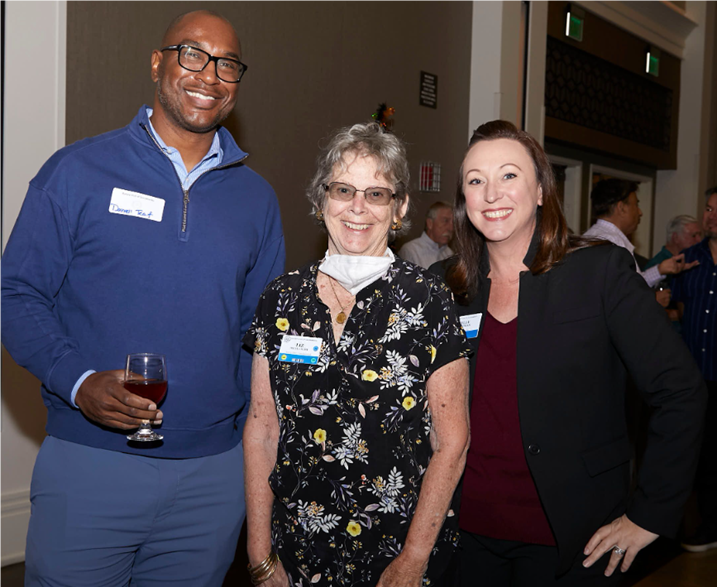 JAMIL WHITE was introduced as a new member today.  TED WHITE (Sacramento Delta Property Management) did the honors.  JAMIL is the owner and Lead Attorney with Louis White PC. 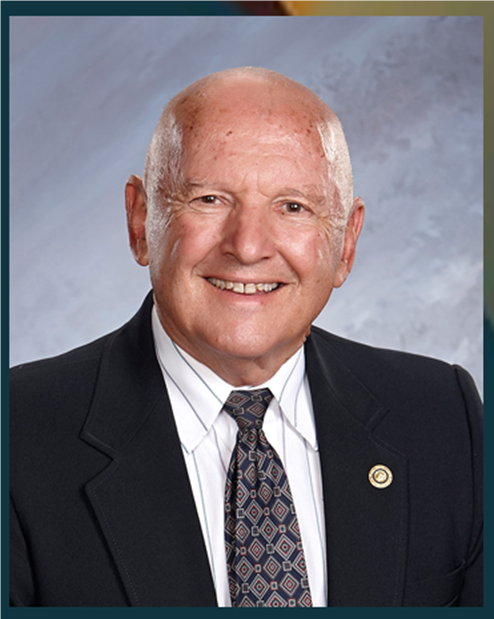 STEVE was President of the Active 20-30 Club and is one of our many members who have gravitated to our club after turning 40.
Professionally, STEVE worked for the State for 32 years mostly for the California Highway Patrol and then for the State Parks.  He has gotten commendations for his work, one was creating a publication called “Badges of Honor” which commemorates the Officers who died in the line of duty.
One of his hobbies is old cars.  You might want to ask him to show you his 1956 T-Bird.   Another hobby is traveling.  He has been to 39 countries, 6 continents, and the Artic Circle. He represented our club on a Group Study Exchange Team in West Africa for 7 weeks going to Liberia, Sierra Leone, Ghana, and Nigeria. He says “there he saw Rotary at its best”.
2 Fun Facts:  First, STEVE gets mistaken for being a local.
He gets stopped in foreign countries and asked by natives in their language for directions. He says they seem surprised when he replies in English “Sorry, I’m not from here.”
Second, STEVE‘s a pretty good swimmer and has actually swam laps in the Neptune Pool at Hearst Castle.  Ask him about that experience!
Nancy Smith-Fagan
Birthday November 12th
2 years in Rotary 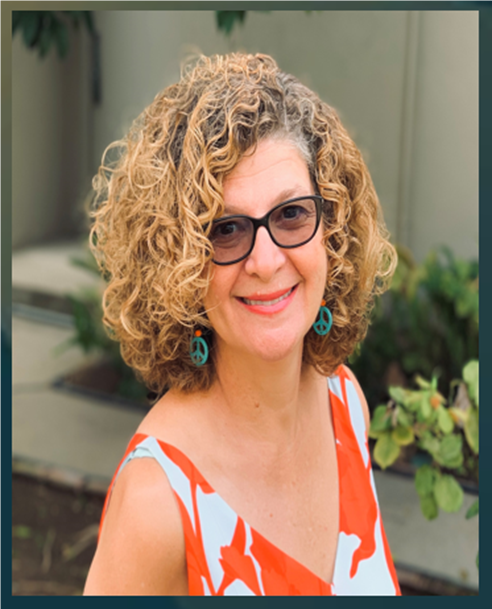 NANCY was born and raised in Southern California. Seeking adventure, she moved to Philadelphia for what was to be a two-year position, where she met KEVIN SMITH-FAGAN.  Those two years turned into 17 years in Philadelphia, marriage and three kids. The family relocated back to CA in 2004.
NANCY recently began a new position as Executive Director of Development at the YMCA working with our Rotarian, SHARNA BRAUCKS.  Her entire career has been in non-profit administration and philanthropy, working for causes she cares deeply about.
2 Fun Facts about NANCY:
Immediately following college she completed a life-changing year of service in Appalachia, Rural West Virginia.  She worked with pregnant teens and single mothers.  NANCY wanted to participate in all aspects of W. Virginia where Moonshine, the high-proof liquor that is usually produced illegally, is abundant. So NANCY once purchased moonshine by leaving money in a hollow stump and returning later for her jar of moonshine.
Second fun fact: Upon moving back to California, she learned to dance hula. She has performed with her group of Hula Dancers at the San Francisco Aloha Festival in front of a crowd of 20,000, and at the Mondavi Center.
Peter Dannenfelser
Birthday November 26th
26 years in Rotary 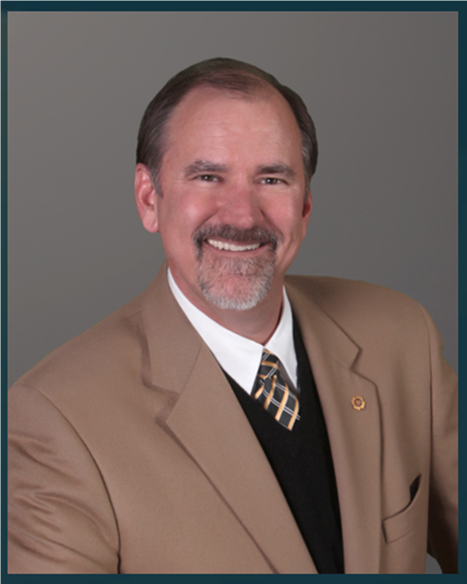 PETER, a Rotarian for 26 years. was our club’s President ten years ago.
He was introduced to Rotary as a member of the Group Study Exchange program and spent 4 weeks in western Turkey where his team were the guest speakers at nearly two dozen different Rotary meetings.
PETER is an Architect specializing in commercial construction and has had his own architectural practice since 2003.  He is proud of the fact that, in almost five decades in the construction industry, he has had zero litigations.
One of his notable projects was renovating the beautiful and historic Elks building downtown on the corner of 11th St. and J St.
To stay grounded and focused, PETER has been practicing Buddhism for 38 years and has officiated two weddings and a dozen funerals.  The goal of practicing Buddhism is to lead joyful and fulfilling lives and help others do the same. PETER’s 3 terms on the Fairytale Town Board were inspired by the importance of outdoor, self-directed play for kids.
His hobbies include wrestling with his grandchildren, golf, guitar, modeling airplanes, and, get this, keeping his wife happy.
Fun Fact: 25 years ago, JEAN RUNYON, the first woman to join our club, set up a blind date for Peter which was with his now wife, LORI.
PETER and LORI love international travel – most recently to Austria to hear their niece sing the lead role in an opera just outside Vienna.  They have traveled to Cambodia and Ethiopia supporting the clean drinking water projects sponsored by our club.
Justino Santana Jr.
Birthday November 3rd
1 year in Rotary 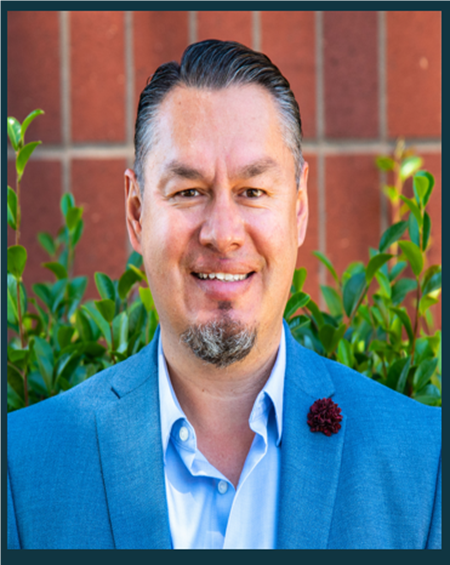 JUSTINO grew up in Lodi where his family was farm labor workers picking grapes, cherries, and apples.  At age 9, he too picked on weekends. Eventually, his dad became a small business owner managing farm laborers.  Because JUSTINO liked math, he did the bookkeeping for his dad’s business while in high school.  At 17 he got a job at a pizza parlor. At age 18 he convinced his parents to buy the pizza parlor and was essentially running the business. Even though his dad said “school is not for us”, at age 24 JUSTINO started college, graduating from Sac State with a communications major. Since he had a fear of talking to people, the communications major expanded his confidence. Now he has been called “a great people connector”. So no surprise, he works with Bobby Reed’s company, Capital Tech Solutions as Director of People as well at an offshoot company, efundraising Connections.  That’s a tech solution for nonprofit fundraisers and JUSTINO is the Non-Profit Business Development Manager.
Even though the family didn’t have much, JUSTINO’s parents always were looking for ways to help people who had less than they did.  They would invite them to holiday meals at their house. JUSTINO says that this really annoyed us kids but in hindsight, it was a great role model for JUSTINO’s working with many nonprofits.  He has volunteered at Loaves & Fishes, The Tree Foundation, American River Parkway Foundation, Habitat for Humanity, Sacramento and River City Food Banks, and the Metro Chamber Foundation.
Fun Fact:  JUSTINO loved running and to celebrate completing his first marathon, he rewarded himself with a leg sleeve tattoo.
ANNOUNCEMENTS
JIM PHILLIPS (The Energy Savers) continued his oral history of Yosemite for us. PAST PRESIDENT SUSAN SHERIDAN (Sheridan Law Corporation, Retired) announced the 2023 Sac Century Bike Date has changed to September 30, 2023.  MIKE MIKLAUS (Integrity Mortgage) will be hosting a Rotary Fireside on November 16.  Signups are required for this event. 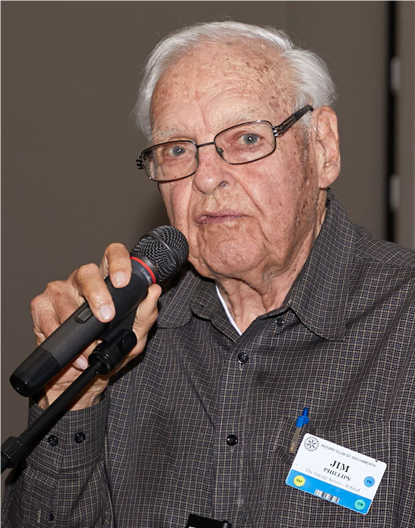 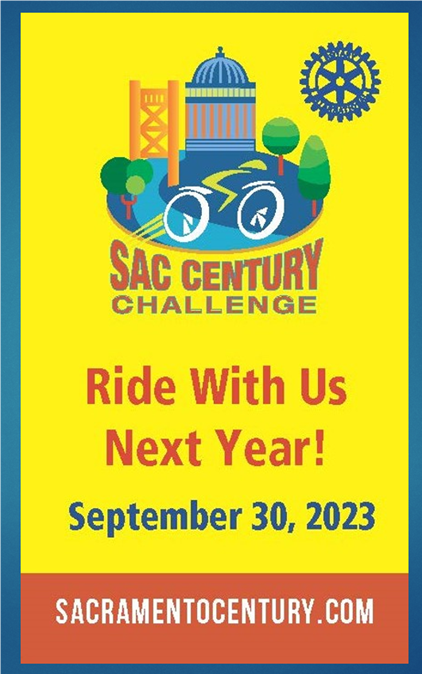 BE A GEM!
PRESIDENT LINDA (Gilbert CPAs) contributed to KEVIN SMITH FAGAN‘s (Fairytale Town) EDDIE MULLIGAN for pinch-hitting for her last week.  TED WHITE (Sacramento Delta Property Management) urged us all to go to an information and film screening regarding our homeless problems.  Friday, November 4, at 6:30 pm at the Guild Theater, located at 2828 35th Street in Sacramento.  National END Polio Day was yesterday.  Polio is 99.9% eradicated but there is still more to do.  We vaccinated 400 million children each year.  KATHE NATHAN (Merchants Bank of Commerce) passed out “End Polio” bracelets for all who contributed to this cause (and there were a lot of Rotarians who did this AND there is still time if you would like to contribute)
PAST PRESIDENT JON SNYDER (Snyder Commercial Real Estate) introduced our speaker SHAHNAZ VAN DE VENTER.  He was on the MOSAC board of directors for a number of years and helped raise funds for the new building.  He reported that 30 years ago the estimate was $6 million dollars, but it came closer to $60 million dollars.  Later we discovered that JON was a little light, the actual final cost of the MOSAC center was $83 million dollars. 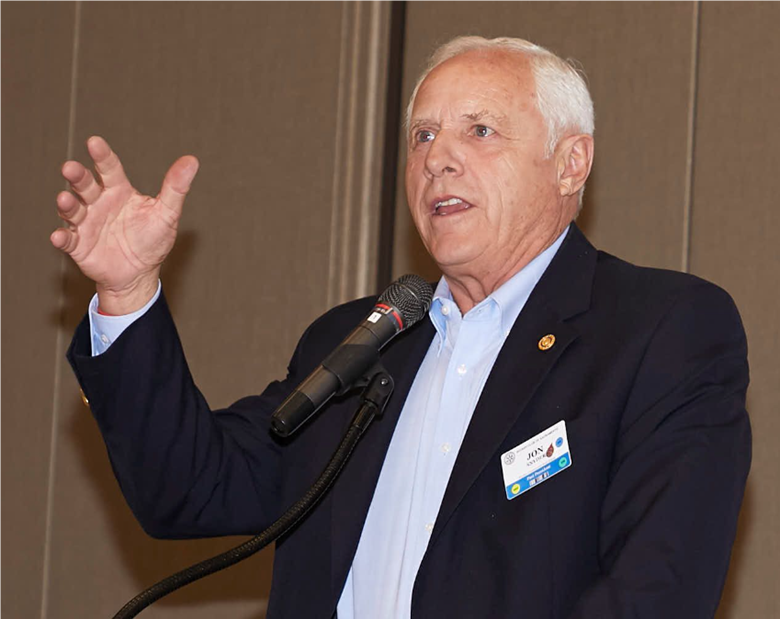 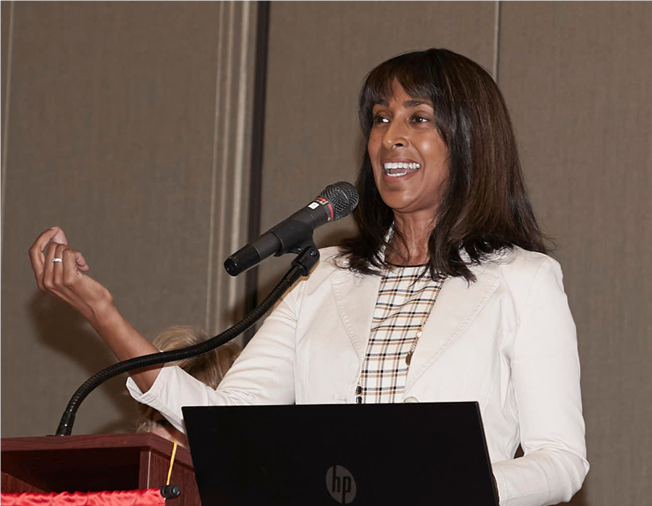 SHAHNAZ VAN DE VENTER hails from Guyana, South America.  She came to the US when she was 6 years old.  She was a Biology undergraduate major and later got her MBA
The Museum of Science and Curiosity has:
22,000 sq ft of exhibit space
100 hands-on exhibits
Full Dome Digital Planetarium
Retail Store
Cafe
Museum serves as a dynamic regional hub that engages and inspires.  The Exhibit Collections include Nature Detectives, Water Challenge, Health Headlines, Powering Change, Destination Space, and Design Labs.  The Planetarium has 100 seats.
The Educational Programming includes K-12 STEM Based classes, Campus outreach, scout programs, and summer camp.  Public Program also has a night series once per month. These have included the Science of Beer and Telescope exploration as examples.
MOSAC in 2022 has had:
105,000 visitors
7,000 students
80 Outreach visits
100 engaged volunteers
and over 5,000 members!
Click here to view the MOSAC PowerPoint Presentation. 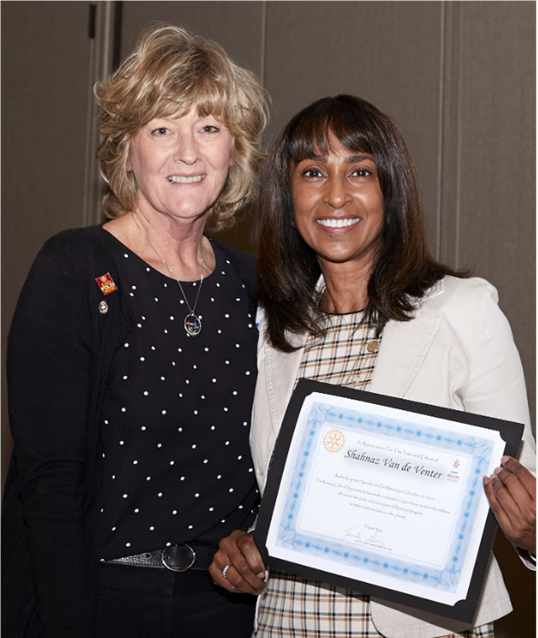 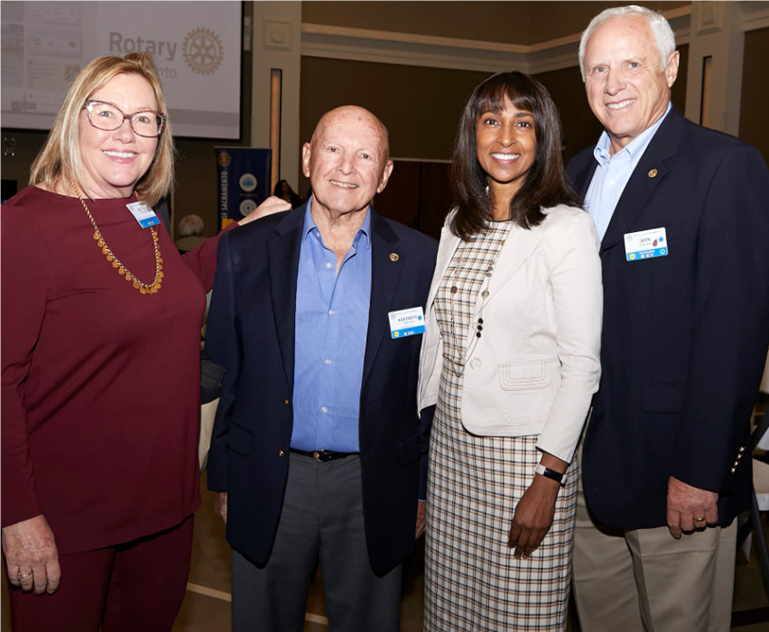 NEXT MEETING: A Riddle 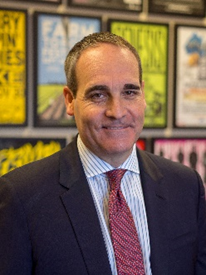 Is Sacramento a good place to visit because it’s close to San Francisco and Lake Tahoe? Or are San Francisco and Lake Tahoe good places to visit because they’re close to Sacramento? The guy with the answer is MIKE TESTA, President & CEO of Visit Sacramento, and he will be our guest speaker on Tuesday, November 1st (noon at the Annunciation Greek Orthodox Church). Keep an eye out for the reminder emails with the reservation link. 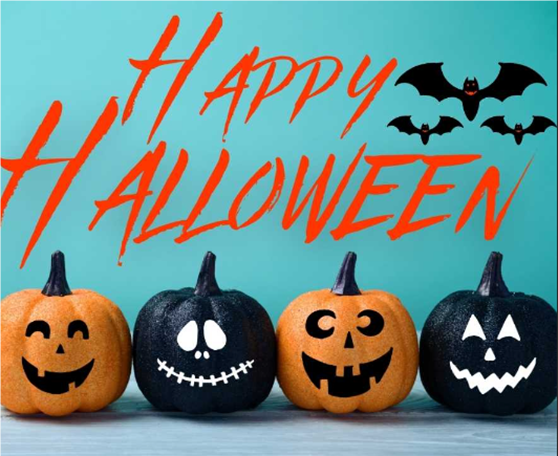 JOHN SWENTOWSKY (Swentowsky Photography) left us with a smile.  Here are a few of his Halloween jokes:
What do you call a fat pumpkin? A Plumpkin
Why didn’t the skeleton cross the road? He didn’t have any guts.
What is a ghost’s favorite fruit? Boo-berries
Which Halloween monsters, if any, are good at math? Count Dracula
How do you fix a broken jack-o-lantern? With a pumpkin patch!
what do you get when you goose a ghost? A hand full of sheet.
UPCOMING MEETINGS AT A GLANCE
11/1/22 – Speaker MIKE TESTA/ Visit Sacramento 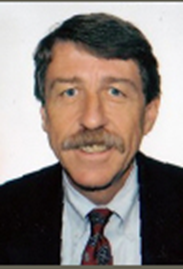