Once again, we had a great turnout with the undertone of the Big Game (Stanford and Cal) on the minds of more than a few Rotarians. 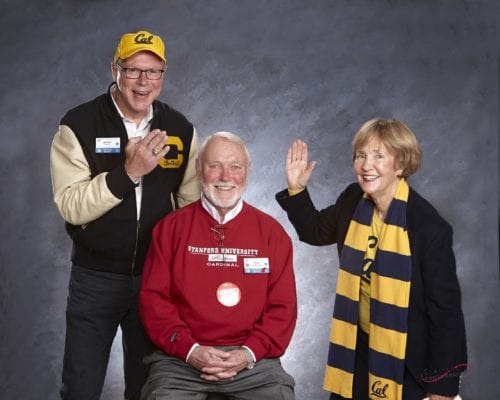 President Diane asked for a moment of silence for former club member Dick James and his wife Kris, who passed away in a plane accident on November 17. Memorial service details have not been announced.

Nancy Teichert provided a wonderful Thought for the Day around literacy and books. 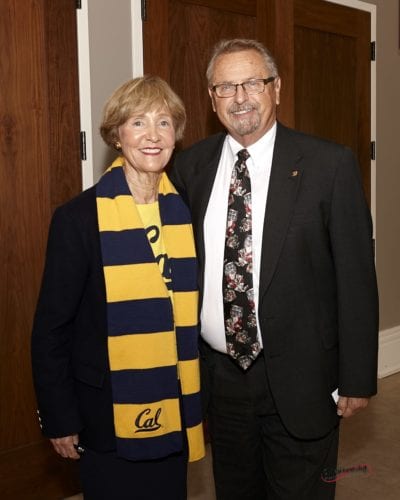 Meeting sponsor Steve Ruland (Ruland’s Office Furnishings) presented changes at the store including the dropping of the word ‘used’ and market innovations including customized office solutions. Steve also mentioned a need for a volunteer to help steer their service to schools and churches, which are eligible for free furniture from his store. Steve left us with a quote from Kermit the Frog, “It is not easy being green!”

The Fireside gathering last week was a big success co-hosted by Past President Diane Mizell, and Maggie and John Frisch (Newmark Cornish & Carey), with a fantastic Rotarian turnout.

Rotary was in pictures with Shirlee Tully (Capital Public Radio) in the Sacramento Business Journal, Bindu Jaduram (Tri Counties Bank) being recognized as a top 40 under 40 young leader in Sacramento, and Jackie Kirkwood (Goodwin Cole Co.) being recognized at Sacramento City Hall as a woman veteran. There was a great outpouring of support for Jackie and her efforts both as a veteran and her work supporting women veterans in the region.

Club members were very generous donating to their Eddie Mulligans and Paul Harrises.

Chair of the Day Jeanne Reaves (Jeanne Reaves Consulting) introduced Rick Niello as an admired, community-centered business owner. Prior to Rick speaking, Dan Cole (CPG West) recounted his youth with the Niello family and pledged the Chancellor level ($1,000) in honor of Rotary Youth Exchange and the importance of family. 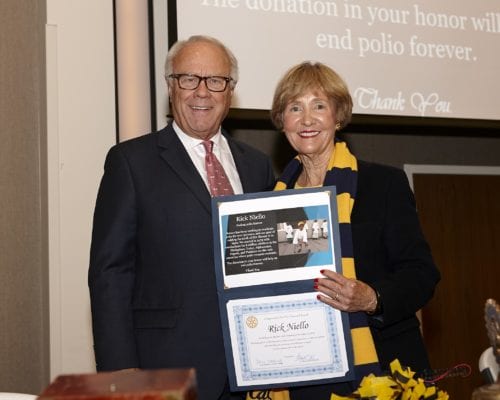 Rick Niello began the presentation with a sharp video highlighting the Niello Company. Rick provided both a historical perspective of the company and a forward-looking view of the car industry in general. The company began in San Francisco in 1921 with Pierce-Arrow and Packard cars. In the 1950s, Niello was offered the first VW dealership in Sacramento and now has 14 dealerships and 750 employees. The future is based on the balance of electric, hybrid, and fossil fuel cars – and the taste of the American consumer. The Niello Company is the car industry’s largest philanthropic giver in the area, embraces the region, and believes the people in the organization make the difference.

. Loaves & Fishes – John Swentowsky (Swentowsky Photography) announced that he needs volunteers to serve on 11/29 for 7:30 AM shift

. Salvation Army bell ringing – December 14 shifts are available so please sign up!
. Toy sorting – Jackie Kirkwood announced the club’s Young Professionals group will be sorting toys on December 8 from 12-3 PM and all are welcome to help
. Tribute to Mead – Jamie Furlong (Legacy Investment Real Estate) announced that she needs more photos, thoughts, and memories for the Mead Kibbey tribute for the December 11 event
. Club elections – President Diane announced that ballots for our Rotary Club leadership election are due
. Daughters Day – Alice Sauro (Sacramento Philharmonic & Opera) encouraged attendance for the upcoming Daughters Day will be on December 18
. Dictionary Delivery – Jim Culleton (Strong & Associates) announced that he needs volunteers to distribute the dictionaries at local schools.