The November 13 club lunch featured a presentation on the importance of caring support for those contemplating suicide. Guest speaker David Woods Bartley, who nearly took his own life in 2011, gave a moving talk about his journey back from the brink. His co-presenter Judy Nelsen, mother of a young man who took his own life, shared her experience dealing with tragedy and offered wisdom on supporting those who are grieving. She founded the Sacramento organization Healing Together, a support group for people dealing with the loss of a loved one to suicide. 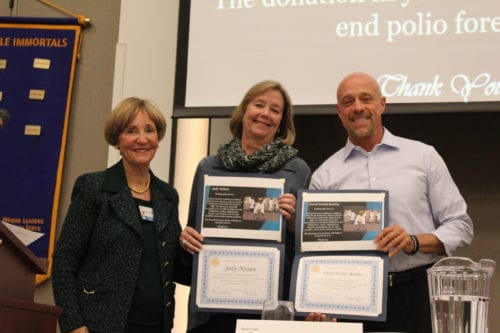 David stressed the importance of human connections for those who are suffering. “Connection creates hope, and hope saves lives.”

Aiding the victims of the horrific Camp Fire in Butte County became a focus of the gathering. President Diane Woodruff announced the club foundation would be making a significant gift to the District 5180 wildfire relief fund, so club members weren’t being asked for individual donations. They gave anyway. A spontaneous outpouring of generosity resulted in over $3,000 in contributions from nearly 20 club members.

Early in the meeting, President Diane led the room in an ovation for the military veterans in attendance, and she announced the club’s planned Armed Forces Day celebration on May 21.

Exemplifying the Rotary motto of Service Above Self, over 30 Rotarians turned out last Saturday for a community service project, reported committee co-chairs Ted Kappel (Kappel Mortgage Group) and Art Breuer. This Paint the Town outing prepared for foster children 250 backpacks stuffed with items to enrich their lives (from pajamas to books to plush toys to inspirational handwritten notes). The club also chipped in $1,000 to fund this worthy initiative. 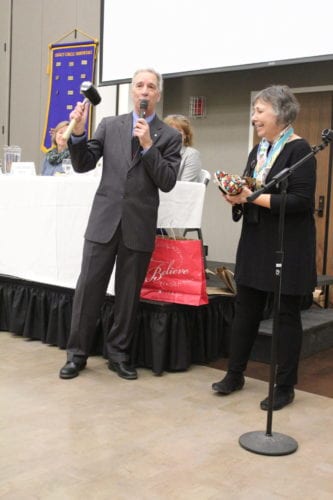 Finemaster, John Wood (McGee & Thielen Insurance) descended upon unsuspecting Rivkah Sass (Sacramento Public Library), who recently was featured as a community hero in Sac Mag wearing a Batgirl outfit. John upped her superhero toolkit by presenting her an array of bookish props including a “Past Due” mallet with purported powers. The episode cost Rivkah $100. 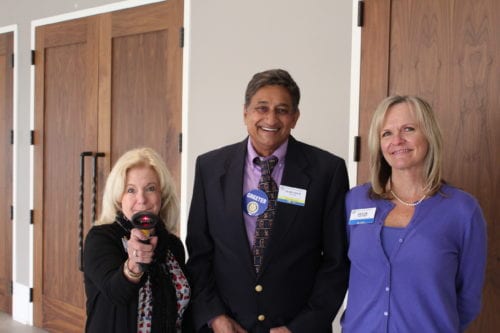 The club will go dark next week as Thanksgiving approaches, but we’ll reconvene on November 27 to hear guest speaker Rick Niello discuss trends in the auto industry.