Rotary meeting: August 31, 2021
INTRODUCTION
Rotarians were formally welcomed by JOEL HOCKMAN (Owner of Pucci’s Pharmacy), SARAH HODGE (Director of Resource Development/ NeighborWorks Sacramento), and BUDDY HUBERT (Mother Lode Capital). Special thanks to our Pulse reporter Danielle. JOHN SWENTOWSKY (Owner of Swentoesky Photography) was on hand to capture the festivities with these pictures – thank you John. BOB AND ROSIE DALY (Financial Advisor, Financial Network Wealth Advisors) provided us with a timely and delicious wine reception. After some skillful piano playing from ELFRENA FOORD (Partner/Certified Financial Planner at Foord, Van Bruggen, & Pajak), PRESIDENT BOB MILLER (VP, Business Services at First US Community Credit Union) gaveled us in, jumping directly to the Pledge of Allegiance, Thought for the Day, and welcoming our guest speaker, SACRAMENTO MAYOR DARRELL STEINBERG.
THOUGHT FOR THE DAY
APRIL JAVIST (Executive Director, Sacramento Literacy Foundation) shared a favorite quote from Austrian-British philosopher Ludwig Wittgenstein: “The solution to the problem of life is seen in the vanishing of this problem.” April believes that we only definitively know the solution to a problem once that problem has been resolved. And for societal problems such as homelessness, literacy, child abuse, and more – Rotarians are part of the solution.
GUEST SPEAKER
Chair of the Day GIULIANO KORNBERG (Chief Revenue and Development Officer, Sacramento Philharmonic & Opera) introduced MAYOR DARRELL STEINBERG, who has served the Sacramento community for more than 20 years. Additionally, he was the first Sacramentan to serve as President of the State Senate in over 125 years.

MAYOR STEINBERG thanked the Rotary for the invitation and reflected that his visit with us may have been his first large in-person public engagement since the pandemic began. MAYOR STEINBERG didn’t anticipate that serving as Mayor could come close to being as challenging as being State Senate President during the 2008 recession, but he is proud of all the challenges we’ve weathered and inspired by our potential for the years ahead.
He believes that the nature and role of cities has changed in recent years, expanding from their traditional role of providing basic services to citizenry to now being expected to organize investments of time and resources into:

During the last five (5) years, the City of Sacramento housed 13,000 formerly homeless people. There remains much to be done in the need of housing. The City and County of Sacramento are collaborating on leveraging some of our region’s federal American Rescue Plan funding ($112 million to the City, $300 million to the County) to continue to tackle the issue of homelessness.
A main challenge is identifying locations for housing; on August 10 the City Council approved 20 temporary Safe Ground shelter sites, which include campsites, tiny homes, and emergency shelters across the city, enabling 5,000 more people to become housed.
The “Right to Housing” will remain the Mayor’s goal for the next 3 ½ years. He will continue to push state legislation to make mental health and substance use treatment available for those beneficiaries of such housing.
WELCOMING GUESTS
SERGEANT-AT-ARMS ALLISON CAGLEY (Executive Director, Friends of Sacramento Arts) introduced our meeting guests HOWARD DELANEY,
JIM AND LORI RICHARDSON, ELBA WHITE, TARYN, KIMBERLY KEY, BRYAN MURRAY – as well as PAST PRESIDENT GARY KEARNS, making his first Rotary appearance in five (5) years.
MEETING SPONSOR 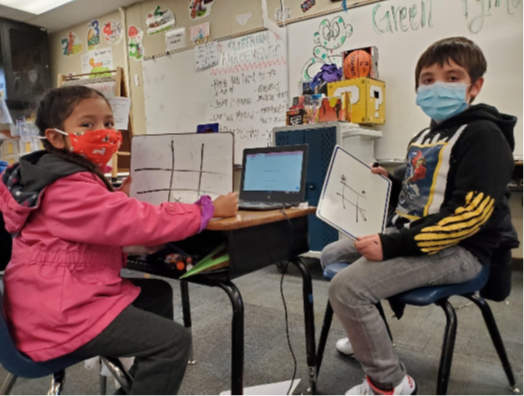 KIMBERLY explained that this summer the Club delivered hundreds of Club Connect kits to the families they serve and opened three Clubhouses for in-person service. They are now holding back-to-school events and opening eight more sites. B&G Club continues to seek volunteers and financial support in order to expand their reach. This year they welcomed 2,420 kids at their Clubhouses and school-based Clubs and an additional 4,629 youth through community outreach programs.
Click here to see KIMBERLY’S message.
Click here to donate to help the Boys and Girl’s Club of Sacramento to help our youth.
2021 NEW MEMBER RECOGNITION
PRESIDENT BOB shared photos of the members who have joined our Club during 2020-21, many of whom we have only “met” by Zoom. He encouraged us to welcome MEGAN WYGANT (CLARA Claire Raley Studios for the Performing Arts), HEATHER STORY (Financial Advisor at Edward Jones Investments), SHARNA BRAUCKS (President and CEO at YMCA of Superior California), NICOLE WILHELM Co- Founder and Realtor at The Wilhelm Team at Compass), NANCY SMITH- FAGAN (Philanthropy Manager at International Bird Rescue), JAMES BELLEFEUILLE (Founder of VUGO), and JAMES RHODES- DREYER (Scout Executive- CEO BOY SCOUTS OF AMERICA) when you see them in person at future meetings.
NEW MEMBER INDUCTION
JENNY WINSTEAD (Administrative Director, Sacramento Literacy Foundation) is originally from Kentucky. She recently relocated to Sacramento from Los Angeles. JENNY is passionate about literacy and the environment. Her membership is sponsored by PRESIDENT BOB and APRIL JAVIST. 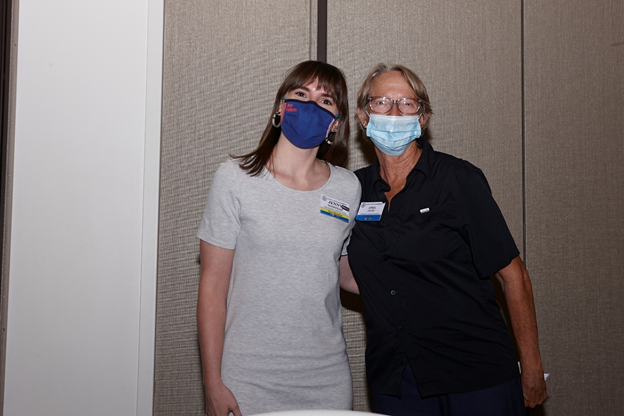 ANNOUNCEMENTS
JOHN SWENTOWSKY (Owner, Swentowsky Photography) announced the next volunteer opportunity at Loaves & Fishes on September 30. Both morning and afternoon shifts are available.
PAST PRESIDENT HAL BARTHOLOMEW reminded everyone about the annual BBQ and Swim party he and PAST PRESIDENT BEVERLY BRAUTIGAM will be hosting this Sunday, 9/5 from 3-5 p.m. (9696 Elk Grove Blvd., Elk Grove).
DAVID BRANDENBURGER (Managing Director at Newmark Knight Frank) requested volunteers for the Sacramento Century event on October 2. Help is needed and October is rushing towards us.
BOBBY REED (CEO of Capitol Tech Solutions) announced the next American River Cleanup on September 18 at Discovery Park from 8:45-11:00 a.m., aligning with the American River Parkway Foundation’s 3rd Annual Great American River Clean Up!
APPRECIATION
Thank you to Meeting Greeters JOEL HOCKMAN, SARAH HODGE, and BUDDY HUBERT. Photographer JOHN SWENTOWSKY and WINE RECEPTION sponsors BOB AND ROSIE DALY.
WHAT’S NEXT?
If you didn’t make it to the August 31st meeting, don’t fret! You can watch a recording of the entire meeting HERE. You don’t want to miss a review of Commercial Real Estate Projects and Future in the Sacramento area. Be among the first to know about new projects! JOHN FRISH (Senior Managing Director at Newmark Night Frank) will moderate this discussion with a panel of commercial Real Estate developers, investors, and experts.
On September 14, from 12:10 PM – 1:30 PM, we will be meeting at The Annunciation Greek Orthodox Church.
Upcoming Rotary Club Meetings at a Glance:
Speaker: John Frisch (moderator) + Panel – Commercial Real Estate