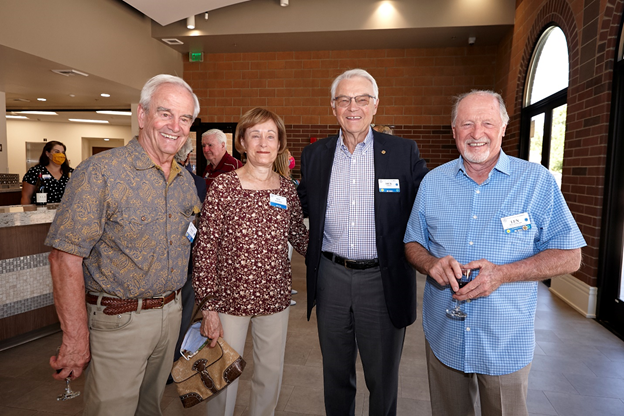 THOUGHT FOR THE DAY
Apropos of today’s topic, BOB ROSENBERG (Inve$tnet, Inc.) offered a reflection focused on “return” on investment, but also OF investment, the idea of adding value, which Rotarians do perforce. 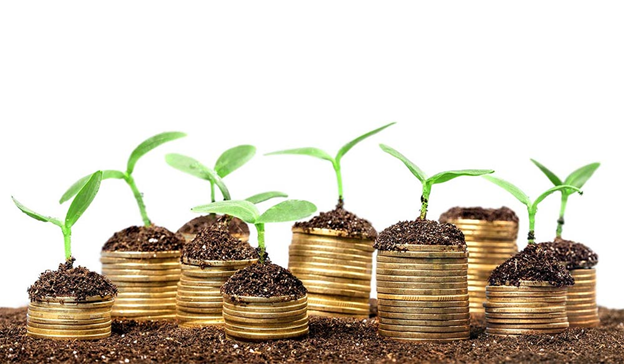 PLEDGE OF ALLEGIANCE
PRESIDENT BOB led the club in saluting the flag and our country.

MOMENT OF SILENCE
It was with sadness and regret that President Bob shared that JIM RELLES (Relles Florist) and the Relles family lost daughter Alicia Relles. The club observed a heartfelt moment of silence and offer the Relles family warmest wishes for condolence for their tragic loss. 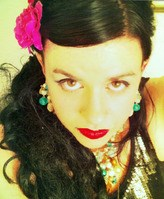 GO FOR A RUN:
1. WALTER DAHL (Partner at Dahl Law, Attorneys at Law) gave $300 — $100 for each of his kids: his eldest became a Navy Lt. Commander, his middle daughter is at George Washington University, and youngest just received her helicopter “golden wings.”
2. MAGGIE HOPKINS (Loan Officer at Capital Premier Lending and Premier Realty) gave $100 — her family lost their cabin in Lake Tahoe to the recent fires, and she opted to do something good in response.
INTRODUCTION OF GUESTS
PRESIDENT BOB called on Sergeant-at-Arm GIULIANO KORNBERG (Sacramento Philharmonic & Opera) to introduce guests, visiting Rotarians, and prospective Rotarians, including:
MEETING SPONSOR
PAST PRESIDENT JOHN FRISCH (Newmark) sponsored today’s meeting by telling the story of Cornish & Carey’s name, which expanded and contracted with new names as mergers have occurred. However, sanity and efficiency (and lots more room on the letterhead…) appear to once again reign and the organization has now settled their name as “Newmark.” As JOHN noted, “Out with the old mark, in with the Newmark.”
DISTRICT GOVERNOR
PRESIDENT BOB invited Assistant District Governor TOMMY PENO to introduce District Governor DESIREE WILSON from the Rotary Club of Point West. ADG PENO shared GOVERNOR WILSON’s impressive credentials and then teased her a bit for not joining our club, which had been recruiting her for years… 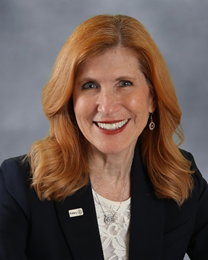 GOVERNOR WILSON accepted the ribbing good-naturedly and began by thanking RCOS for its long-standing leadership, especially in raising charitable support through events like the Sacramento Century Ride and Golf 4 Kids. DISEREE will be riding in our own Sacramento Century in a few weeks – that is truly an involved governor- thank you DESIREE. She also shared some tchotchkes with the club – lapel pins and magnets featuring her motto for her governorship year, “Creating Today’s Super Heroes.” She readily acknowledged that this is exactly what Rotary does. GOVERNOR WILSON shared a slide presentation opening with Rotary International’s current PRESIDENT SHEKHAR MEHTA of India, whose motto for this year is “Serve to Change Lives.” CLICK HERE TO SEE THE GOVERNOR’S SLIDES. His goals in keeping with that motto are: 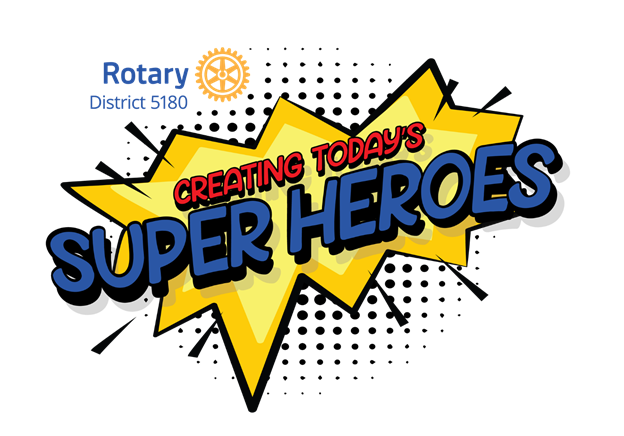 GOVERNOR WILSON then shared her personal passion – Polio Eradication. She found her cause through the personal experience participating in a Rotary mission to inoculate children in India. This mission continues to this day. DESIREE noted that Rotary’s work nearly achieved our goal – only 2 cases of polio identified this year (one in Pakistan the other in Afghanistan) since the last polio case was identified 32 weeks ago. Part of her success is in fundraising – she does a ride in Arizona focused on polio and shared that, because of matching-gift support, every $100 given through Rotary to address polio is matched up to amount to $750!  Lastly, GOVERNOR WILSON encouraged everyone to attend the annual Rotary District Conference in Lake Tahoe and she earned our undying devotion by sparing us the video commercial about the event!
QUESTION OF THE DAY
President Bob reminded all that he started his year with the following questions: “What got you into Rotary, and what keeps you in Rotary? He offered the floor to anyone inspired to respond and PETER DANNENFELSER (Past President/Architectural Arts) stepped forward to share that he was introduced to Rotary through a Rotary Study Exchange which sent him to Turkey. As part of that exchange, he was welcomed to present at Rotary Clubs throughout Turkey. When he returned, he similarly presented at clubs in our region and settled on RCOS as his home club.  What keeps him in Rotary, among other things, is his pride and admiration for the leading work RCOS does in providing clean water to communities in need around the world. This effort, which has partnered RCOS with other clubs and organizations around the world keeps him inspired and in Rotary! 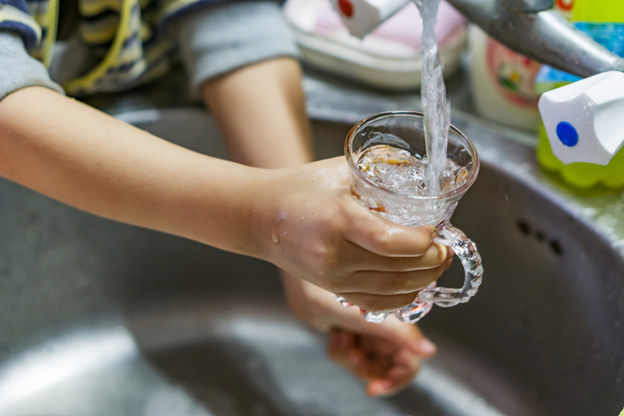 ANNOUNCEMENTS
BOBBY REED (CEO of Capitol Tech Solutions) – noted that this coming Saturday is the River Cleanup in Discovery Park along Mile 0 of the Bike Trail. He suggested to come work for a couple hours in the morning, then hang around for the BrewFest put on in Discovery Park put on that afternoon by the Point West Rotary.
TIM MALIEPARD – Rotary Club of Point West announced that he was in possession of tickets to the BrewFest, which he was letting go at a discount for early purchase. If you didn’t get tix then, go to the event website: http://calbrewfest.com/
A REVIEW OF THE STATE OF COMMERICAL REAL ESTATE IN SACRAMENTO BY A PANEL OF EXPERTS:
PAST PRESEIDENT JOHN FRISCH serving as Chair of the Day also served as our moderator. PAST PRESIDENT JOHN moderated a panel of experts on commercial real estate to review the state of affairs and to pontificate on what to expect in the future, in light of the impact of COVID. Our panel included local “heavy hitters:”

PAST PRESIDENT JOHN opened by noting that there are six primary areas of focus in commercial real estate (CRE): Investment, Industrial, Land, Retail, Office, and Multi-Family (apartment complexes). He asked the panel to rate each on a 10-pt. scale and the consensus was that most were thriving – “11 out of 10” – although office and retail are struggling some. Some key takeaways:
It is no surprise to us that the beautiful area of Sacramento is not just surviving, it’s thriving!
NEXT MEETING
If you didn’t make it to the September 14th meeting, don’t fret! You can always make it to the next one!
On September 21, from 12:10 PM – 1:30 PM, we will be meeting at The Greek Orthodox Church of the Annunciation.
GAVEL OUT
President Bob concluded a busy meeting at 1:29pm.

LEARN HOW TO BRIDGE THE GAP WITH PRESENT, INTENTIONAL, AND AUTHENTIC COMMUNICATIONS!

Rotary Meeting: January 4, 2022 WELCOME/GAVEL IN PRESIDENT BOB MILLER (First US Community Credit Union) gaveled in the meeting at 12:11pm, welcoming all to our first gathering of the New Year. He noted that several intended participants in the day’s meeting were unavailable and so it was possible the meeting run shorter than usual, which […]

Rotary Meeting: December 16, 2021 DUE TO THE SEVERE STORM AND POWERSTATION FAILURE ON MONDAY, WE DO NOT HAVE A RECORDING OF TUESDAY’S MEETING. INTRODUCING OUR PRESIDENT FOR THE DAY: Have you ever heard of a Guest-President? Well, you have if you attended last Tuesday’s meeting! The President for the Day was BAILEY PAVELCHIK in […]