This burning question was answered at the July 31st club meeting by featured speaker Adam Schomer, who was introduced by Kelley Moran (Moran and Associates). Adam is an adventurer, philosopher and producer of thought-provoking documentaries covering a wide range of topics and locations across the globe. 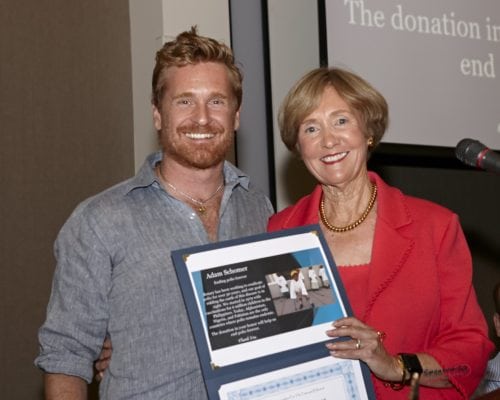 Adam spoke about using “conscious media” to empower people, and he discussed his passion for helping people find their true selves. Adam and a guru, Anand Mehrotra, led a motorcycle trip, including Kelley, through the bustle of India and the majesty of the Himalayas. “The Road to Dharma” is Adam’s upcoming television series about the self-discovery trip and the participants.

Bobby Reed (Capitol Tech Solutions) offered a poem in honor of the firefighters battling the Carr Fire near Redding as well as the other fires throughout California. 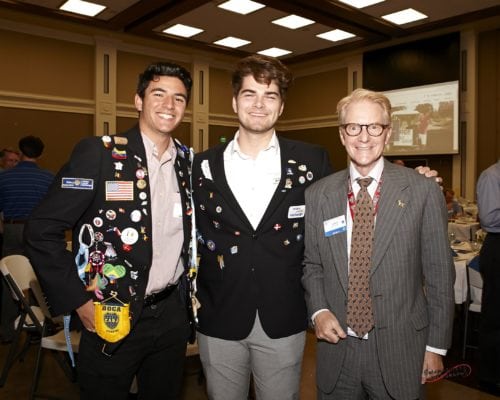 experiences he enjoyed through RYE 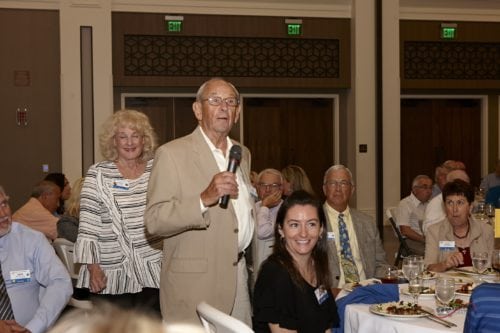 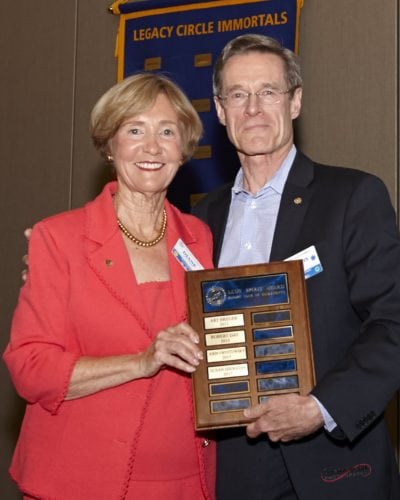 President Diane surprised Dennis with the Ludy Langer Spirit Award in recognition of his leadership roles in the Sacramento Century event, the club literacy project, the club foundation and more. Ludy Langer was a 32-year Rotarian who exemplified dedication to service and to our Rotary Club. 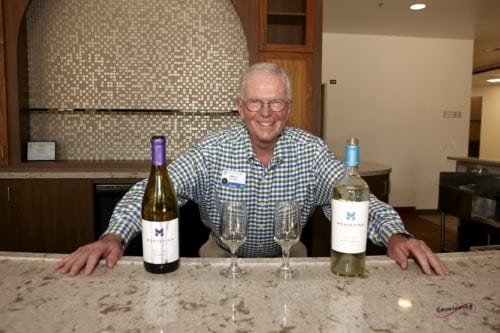 Next week’s meeting speaker will be the Mayor of Sacramento, Darrell Steinberg.

As always, thank you John Swentowsky (Swentowsky Photography) for the photos!