A great crowd was on hand to welcome Mayor Darrell Steinberg to the club’s weekly luncheon. 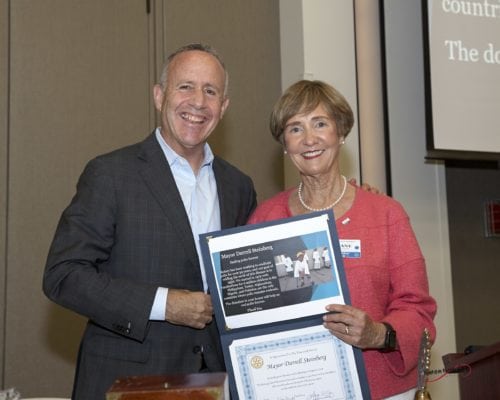 Arriving club members were greeted to the melodic piano sounds of Mark Luhdorff (ANPAC Bio), and the building was alive with the hard work of Todd Andrews (Andrews Construction, Inc.) and team as we prepare for the best Sac Century ever!

Norma Farr (Fidelity National Title) suggested in her Thought for the Day that “Sometimes it is the journey that is all we have – so make the most of it!”

Meeting sponsor Jon Snyder (Snyder Commercial Real Estate) graciously yielded his time to Mike Galane (Powerhouse Science Center), who presented an overview of this important regional education tool and outlined its ambitious future home near the railyards. Mayor Darrell Steinberg was duly impressed with the involvement of the Rotary Club of Sacramento and its $500,000 contribution to the project. 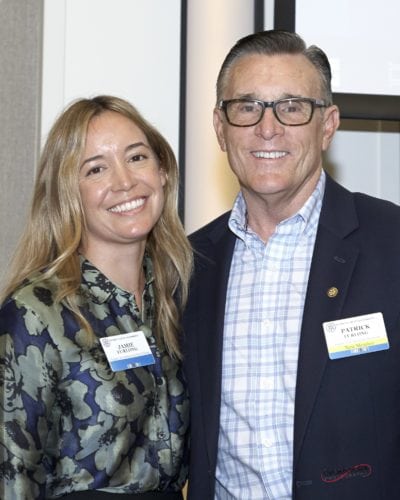 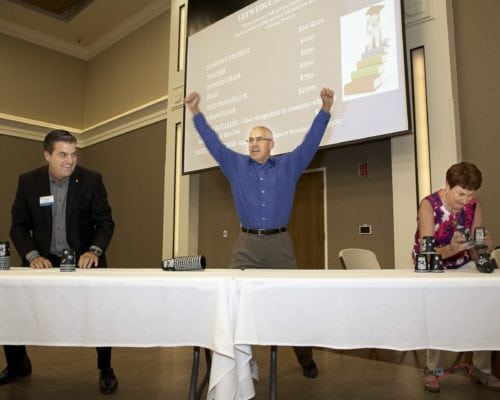 Our new Finemaster, John Wood (McGee & Thielen Insurance), unleashed his unbridled creativity for “Let’s Educate Someone” on Judy Kjelstrom, Kevin Smith-Fagan (KVIE Public Television), and Paul Keefer (Pacific Charter Institute). The three unsuspecting guinea pigs were pitted in a cup stacking battle, with Kevin crushing the competition. Paul and Judy will be contributing $50 to their Eddie Mulligans and Kevin’s prize is contributing $25 to his EM. More charitable money was garnered from table bets on the contest.

In his address, Mayor Steinberg offered his goals and perspectives on Sacramento. The mayor identified homeless services and inclusive neighborhood small businesses as two key priorities for his tenure, and made the case for the half-cent boost in sales tax on the November ballot. . John Swentowsky (John Swentowsky Photography) announced that he needs volunteers to serve at Loaves and Fishes on August 30; that the softball team earned a playoff bye with its win last night; and that at next week’s meeting, John will be snapping free business portrait photos of interested club members.

. a Fireside chat with Diane the Magnificent will be hosted by Past President Dan McVeigh (Downey Brand LLP) in his newly remodeled house August 15, and club members are invited