Rotary Meeting, March 29, 2022
WELCOME/GAVEL IN
As the noon hour approached many familiar Rotarians entered the meeting hall with a smile and a glass of wine. Each were greeted by PAST PRESIDENT SUSAN SHERIDAN (Sheridan Law/Retired), PAST PRESIDENT JON SNYDER (Broker/Snyder Commercial Real Estate), and PAST PRESIDENT KEVIN SMITH-FAGAN (Executive Director/Fairytale Town).
This unofficial Past President’s day with a record number of an esteemed Past Presidents in attendance including SUSAN, JON, KEVIN, JIM LEET (Attorney/Boutin Jones) were certainly all in attendance for a heartfelt and exceedingly well deserved thank you to our Executive Director, LATOYA WONG. LATOYA accepted another position of employment and this was her last official meeting at the helm of the Downtown Rotary. Many surprised members were very concerned learning that LATOYA will continue as a member. Thank you, LATOYA, for all your hard and excellent work some much of which is done behind the scenes and out of sight.
PRESIDENT BOB MILLER (First US Community Credit Union) gaveled in and quickly took control of the meeting. He thanked our meeting sponsor, the irreplaceable DAVID BRANDENBURGER (Managing Director/Newmark). He acknowledged and thanked our sommelier and wine sponsor DEE HARTZOG (Retired/Weintraub). 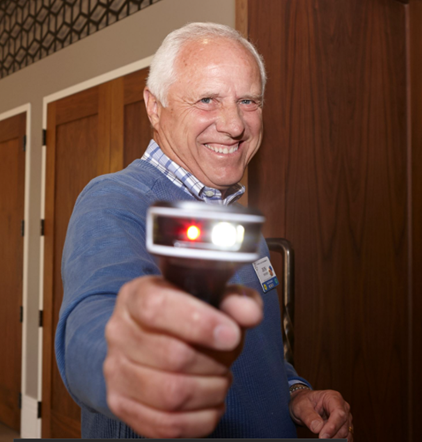 STINGER UP!
DAVID introduced our speaker, ROBERT NELSON, President of Sacramento State University. ROBERT began his presentation with a few stories growing up on a ranch in Montana. He explained why he has CALAMITY JANE’S saddle in his office. CALAMITY JANE’S prowess as a sharp shooter is world renowned as she performed in many with west shows. Perhaps less well known was her enthusiastic ability to drink. At the end of one such evening, she decided to repeat LADY GODIVA’S performance. She took off her clothes and rode naked through the area that the show performers lived. His father found her, covered in a blanket, and took her to her home. The next day, CALAMITY JANE thanked him and gave him her saddle. A treasured family heirloom ever since. As with all ROBERT’S stories, there was also a moral – his father would not have been there had he not believed in himself and took himself and took a chance to find the life he truly wanted. Also, small acts of kindness and generosity can make a tremendous difference. Kindness towards others allows us all to succeed.
ROBERT learned about hard work in heating and air conditioning (HVAC). He often worked two (2) jobs as he saved to buy his own ranch.
ROBERT then reminded us where Sacramento State was when he last spoke about 5 years ago. Sacramento State was not in his mind successful at that time.
PRESIDENT ROBERT NELSON was proud to announce that graduation rates were way up- so much so that the Deputy Secretary of US Education visited to learn how such tremendous improvements were made.
Finally, ROBERT reaffirmed his goal for Sacramento State to be an anchor in our community Sacramento State is involved with student activities particularly those to help our local at risk communities. Sacramento State continues to expand its downtown footprint. ROBERT noted that the campus planetarium, one of only 7 in the college system is the only planetarium that does not charge students from other schools to attend performances.
Sacramento State is truly on the rise with all of the efforts and successes of PRESIDENT NELSON. ROBERT finished his presentation with his customary enthusiastic and still a little surprising stinger’s up battle cry. Thank you PRESIDENT NELSON for sharing your afternoon with Rotary. 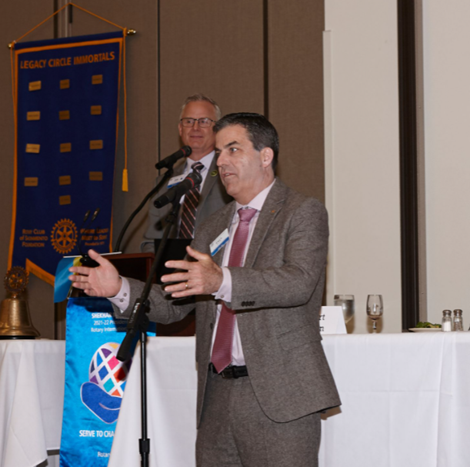 THOUGHT FOR THE DAY
Our own LIZ MCCLATCHY shared not one but a series of thoughts for the day.  In honor of PRESIDENT NELSON, LIZ shared a number of thought provoking and timely quotes on the general theme of education. Those are as follows:
Education is the most powerful weapon which you can use to change the world. – NELSON MANDELA
Education’s purpose is to replace an empty mind with an open one. – MALCOM FORBES
Education is not preparation for life; education is life itself. – JOHN DEWEY
Education is the passport to the future, for tomorrow belongs to those who prepare for it today. – MALCOM X
Education is not the filling of a pail, but the lighting of a fire. – W.B. YEATS
Education is not the learning of facts but the training of the mind to think. – ALBERT EINSTEIN
Learning is not attained by chance; it must be sought for with ardor and attended to with diligence. – ABIGAIL ADAMS
Education is a better safeguard of liberty than a standing army. – EDWARD EVERETT
Upon the subject of education- I can only say that I view it as the most important subject which we as a people may be engaged in – ABRAHAM LINCOLN.
MEETING SPONSOR
DAVID BRANDENBURGER, meeting sponsor and chair of the speech contact project introduced MS. JORDAN MARI KEANON as the winner moving on to the district competition. JORDAN provided an impassioned lor 20 minute speech on the topic “You must love yourself” without any notes, props or other visual aids whatsoever. She is already a very talented speaker and we wish her well a the district competition. 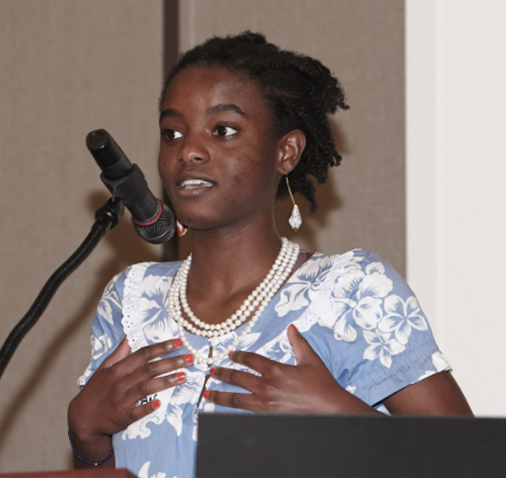 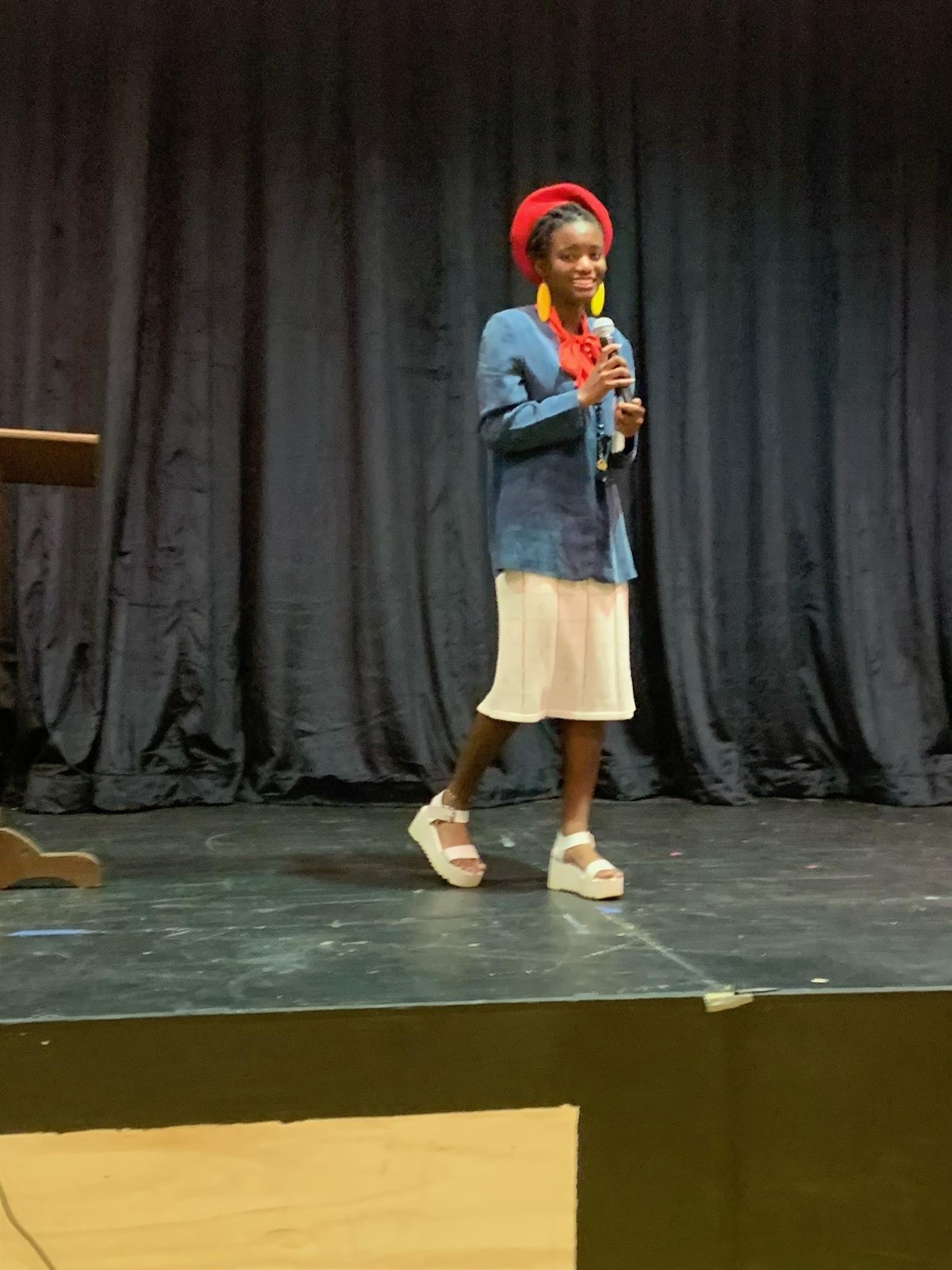 ANNOUNCEMENT
A new Sacramento Music House and Performing Art Center will be built to accommodate up to 2300 guests. The center will be located on Romana Avenue. For an artist rendition of the new center please click here https://www.sacramentomusichouse.com/.
FARE WELL LATOYA- YOU WILL BE MISSED!
Fare well to LATOYA – with great sadness shared by all Rotarian in attendance, PRESIDENT BOB MILLER noted that this was our own LATOYA WONG’S last meeting as Executive Director.  He thanked LATOYA for her timeless efforts often unseen, unnoticed and not recognized for all these years.
Please click here for LATOYA’S farewell video – tissue is recommended. Link to video
The silver lining, is we will still see LAYTOYA as a member at our meeting. 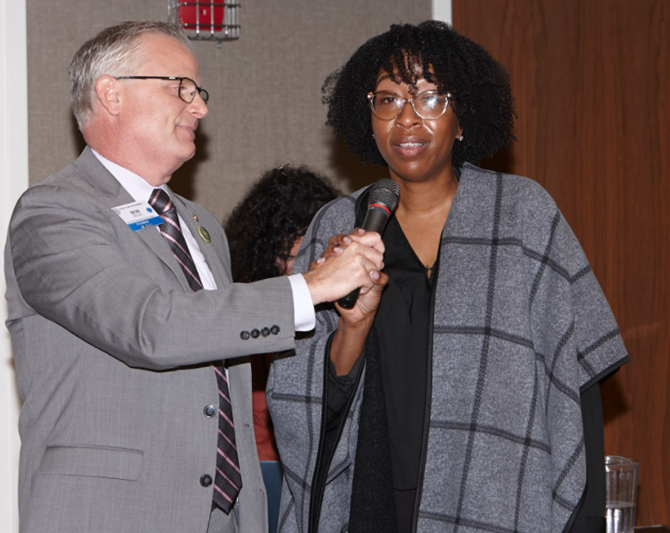 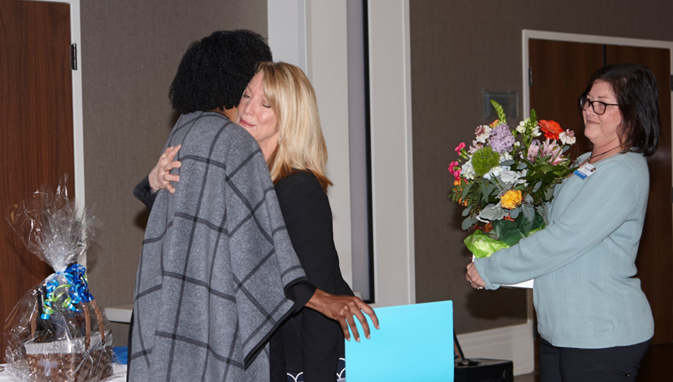 NEW MEMBER INTRODUCTION- WELCOME JEFFREY
Welcome MR. JEFFREY DRISCOLL, our newest member. JEFFREY was sponsored by JIM RELLES and Past PRESIDENT DIANE WOODRUFF. Welcome JEFFREY, you will be a great addition to our club. JEFFREY is a talented agent with New York Life Insurance Company. 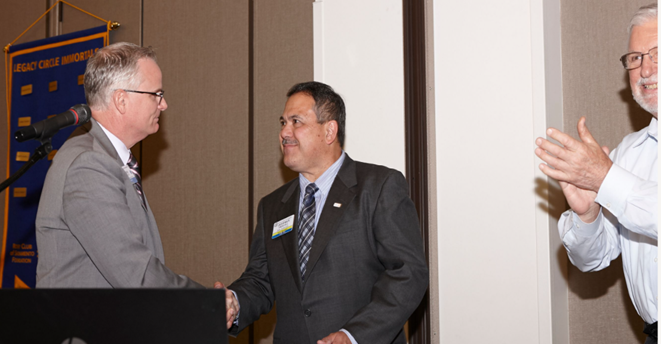 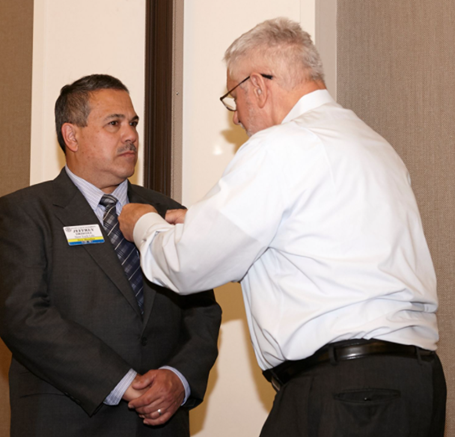