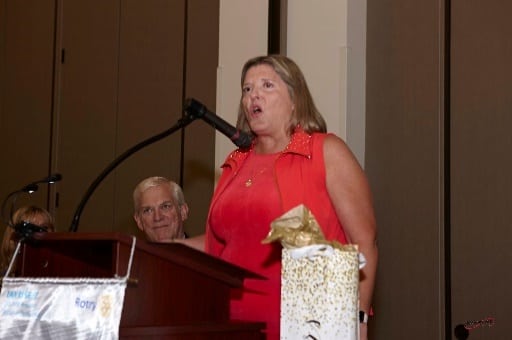 Many congratulations were in order for President John. Special guest District Governor Sandi Sava gave congratulations for the district’s award of “Best Large Club” to RCOS among 41 contenders. Mik Miklaus (Integrity Mortgage) wondered “Why me?” when picked by John to head the Thought for the Day committee. Bob Miller (First US Community Credit Union) was inspired by the outgoing president on the art of laying blame. Jeff Stone (John O Bronson Co/HUB Int’l) hailed John for showing up to almost all the board meetings. Past President Dahl’s slide show reviewed the year with many versions of John’s photogenic head tilt and body slant, to lots of laughs. John was presented with “the best pin in Rotary,” The Past President’s Pin. The celebration continued with flowers to wife Debbie Lemmon, a tongue-in-cheek letter from John’s law partner, and a makeshift commemorative plaque. 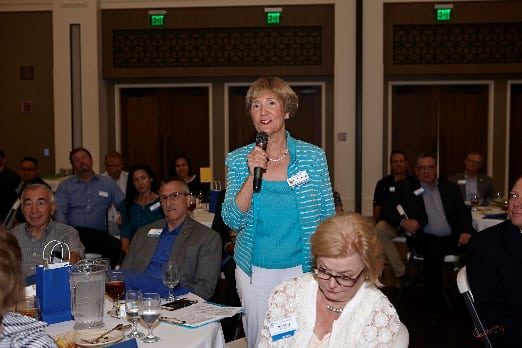 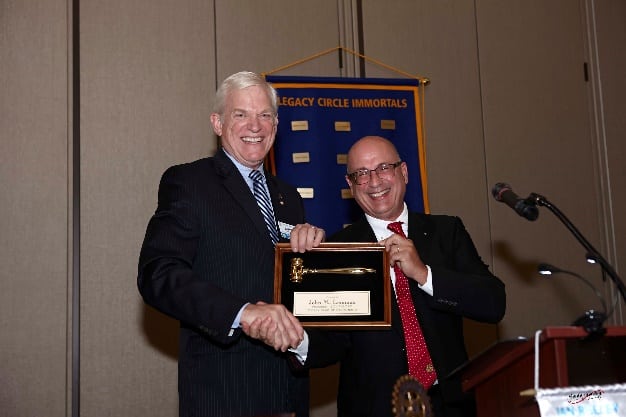 Getting the last word, President John profusely thanked committees and their chairs, and the boards of the club and the foundation. He emphasized the lifeblood of our club: our weekly meetings. His gratitude flowed to staffers Sulaf and Barbara, the weekly setup team of Art and Kiefie, Past President Skip Lawrence and Ed Wright (Martensen Wright PC) for the wine committee, demotion chairs Dave and Past President Walter, and lastly to his wife Debbie. 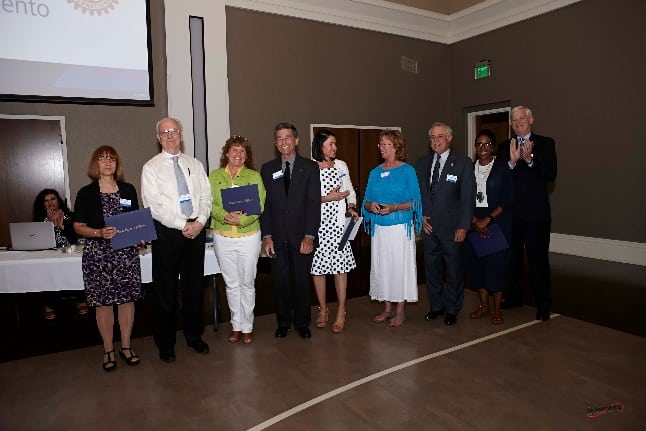