Our own member Past President Scot Sorensen (St. John’s Program for Real Change) gave us real hope for the future of women who are in prison to return home, work and raise their children rather than return back to prison someday. “Save money and save lives,” said Sorensen, who runs a program of intensive rehabilitation for those about to be released. 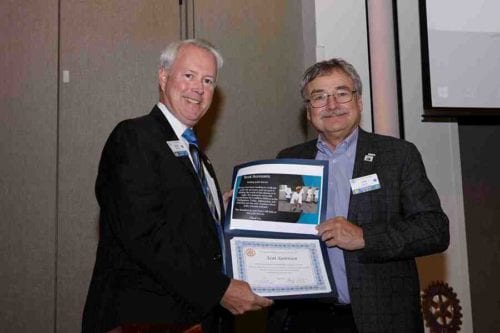 The Custody to Community Transitional Reentry Program (“CCTRP”), is one of only five intensive rehabilitation programs in the state for female prisoners. CCTRP is funded by Corrections, in partnership with the St. John’s Program for Real Change, a nonprofit group which assists homeless women and children.

Of people imprisoned, 95 percent will be released to their communities after they serve their sentences. About 36 percent of the women inmates will return to prison for other crimes within three years. However, that recividism rate drops to 3 percent for women who complete the reentry program, through CCTRP. Sorenson then described three (3) success stories: Zephrine, Virginia and Amanda.

Zephrine described herself as a “ghetto rat” when the state prison sent her to the program. Sorensen wasn’t sure she would last two weeks. But with counseling and vocational training, she got clean, paroled and now works as a forklift operator.

Virginia’s first job was selling drugs. She never had a real job that did not involve some form of illegal activity. In prison in her 40s, she entered the CCTRP, overcame her addiction, earned parole and got a job. “She loved who she was when she worked,” Sorensen said.

Then came Amanda, a young girl from a well-oﬀ family who had been kicked out of her home because of drugs and arrests. She got clean, re-united with her family and is now attending Community College.

The 50-bed program is monitored by both correctional and parole oﬃcials. The rehabilitation starts with two months of intensive therapy and drug and alcohol counseling. “They do a lot of hard work. We’re going to help people get and stay clean and sober by choice,” said Sorensen.

After four to six months, they are permitted to leave during the day for vocational training and jobs. Their finances are controlled by the program on a 55/75/25 ratio. 55% of any income or funds paid are used to pay restitution for their crimes. 75% of the remainder is allocated for savings leaving only 25% of the remainder to be currently spent. Participants find jobs with business partners and then start saving money. Some have returned home with a job and as much as $12,000 in savings for a fresh start.

“We care for you so much that we hold you accountable,” is Sorenson’s theme for the women’s program. “CCTRP saves lives, saves money and strengthens the Community.”

Past President Susan Sheridan announced that $143,000 has already been raised by club members, sponsors and registered riders. President Jim Leet (Boutin Jones Inc.) announced another $2,250 had been given during Tuesday’s meeting. 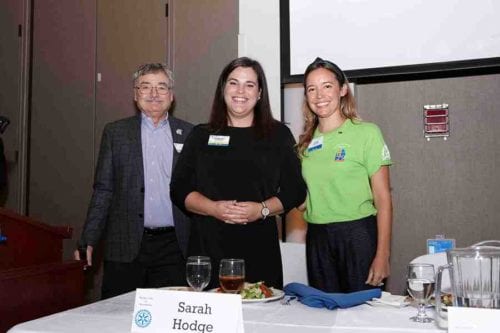 Let’s Go on A Journey!: Jeanne Reaves (Jeanne Reaves Consulting) pledged $400 to her Eddie Mulligan after being named one of the Top Ten Leadership Development Services Companies in the country; Dr. Barbara Arnold (Barbara J. Arnold MD Inc.) gave $100 because she donated a painting to be sold at the KVIE Art Auction; and a very grateful Past President Frank Poelman (Poelman Company Ltd) completed his Eddie Mulligan in honor of his nearly 40 years in Rotary, his 60th wedding anniversary, a trip to Iceland and the safe return of his grandson from his service in Kuwait. 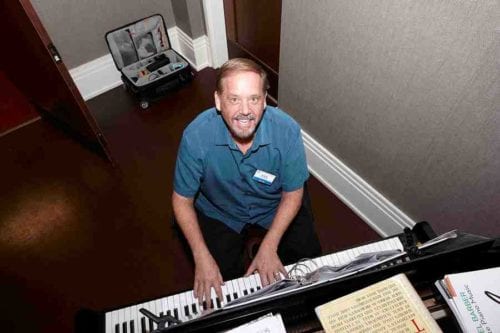 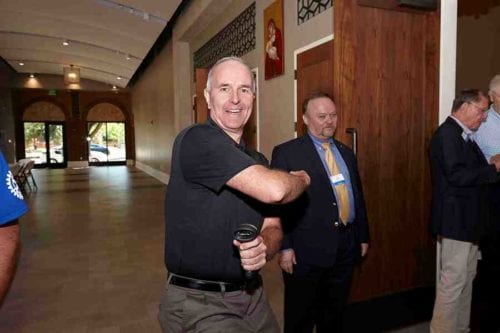