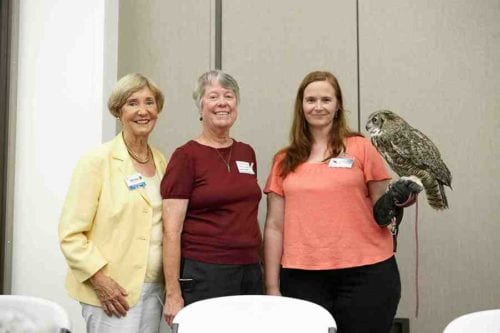 Thank you to our meeting sponsor, Past President Diane Woodruff (California Community Colleges). Diane donated her time to Joey Johnson, Board President of Effie Yeaw Nature Center. Effie Yeaw Nature Center offers quality education experiences in nature for people of all ages, backgrounds, and incomes; believing that, by doing so, those participating become better stewards of our planet. Accompanied by ambassador owl “Echo,” Joey described many of the wonderful programs the Center offers. She also encouraged individuals and businesses to get involved by outlining sponsorship opportunities. To support the Center, please visit sacnaturecenter.net/support/. 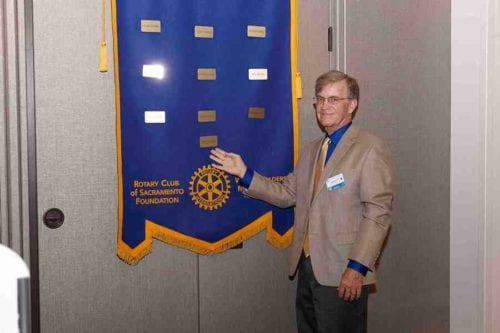 Elfrena Foord (Foord, Van Bruggin, & Pajak), as Legacy Chair of the Foundation announced the next person to be added to the immortal flag: Ed Towne. Ed epitomized loyalty and commitment in his marriage, his company, and in his devotion to our club. Ed’s son, Bradley Towne (Law Office of Bradley Towne), secured Ed’s pin to the flag. A moment of silence was observed in Ed’ honor.

Past President Beverly Brautigam graciously invited all members and their families to her and Hal’s home this Sunday, August 18th, from 3-7pm at 9696 Elk Grove Blvd for the annual BBQ Swim Party. Hal will be BBQing and Beverly promises shade and chilled beverages!

John Swentowsky (Swentowsky Photography) informed us that the morning shift for Loaves & Fishes on Thursday, August 29 is full, but they do need four more volunteers for the afternoon serving between 10:45 and 2:00. Please contact John at (916) 488-1130 for more information.

Robyn DeLong (Coldwell Banker) asked us to “Save the Date” for the September 18 Fireside meeting at the home of Strati Vourakis (Calm Computing) and his wife, Kadie.

LET’S GO ON A JOURNEY

Our Rotarians were so generous in their donations:

CHAIR and SPEAKER OF THE DAY 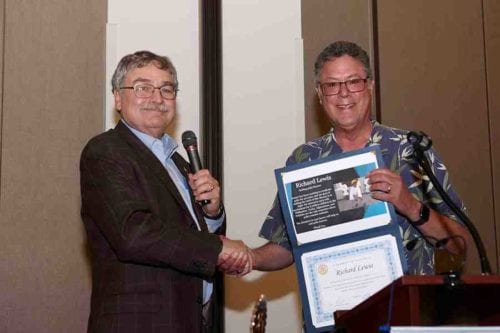 Thank you to Giuliano Kornberg (Sacramento Philharmonic & Opera) for introducing our Speaker of the Day, Richard Lewis, President and CEO of Broadway Sacramento. In an engaging and often humorous discussion, Richard highlighted the differences between the organization’s Broadway at Music Circus and Broadway on Tour productions that, combined, entertain over 250,000 patrons every year. As the Broadway on Tour location has had to vacate its usual home at the Community Center due to its renovation, Richard discussed the three biggest enhancements necessary to improve its temporary home at the Memorial Auditorium: sound quality, bathroom accessibility, and loading docks. The first show at the Memorial will be “A Christmas Story” in November.

Music Circus will be presenting “In the Heights” from August 20th – August 25th. This show was created by Lin-Manuel Miranda who also created Hamilton. In the Heights captures the sights and sounds of a vibrant New York neighborhood on the brink of change. This show focuses on what it truly means to be home, told through relationships of the residents of the neighborhood. Good seats are still available! 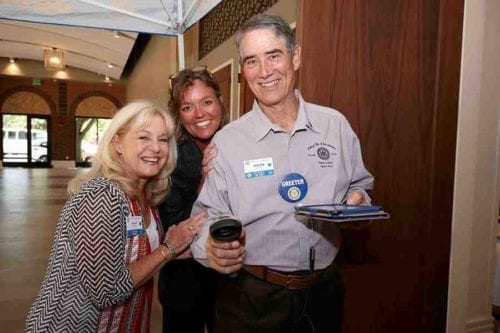 President Jim Leet (Boutin Jones Inc.) opened the August 13, 2019 meeting by thanking our wine sponsor for the day was Jim Craig, Dick Wertz who regaled the pre-meeting crowd with Broadway-themed tunes on the piano, Leigh White (KTXL TV FOX 40), Becki Roberts (Central Valley Community Bank) and Thom Gilbert who warmly welcomed all as our meeting greeters, Mark Luhdorff who served as our Pulse reporter, and John Swentowsky (Swentowsky Photography) who captured the meeting with his photography. Special thanks to Virginia Varela (Golden Pacific Bank) who provided a powerful thought of the day on inclusion.