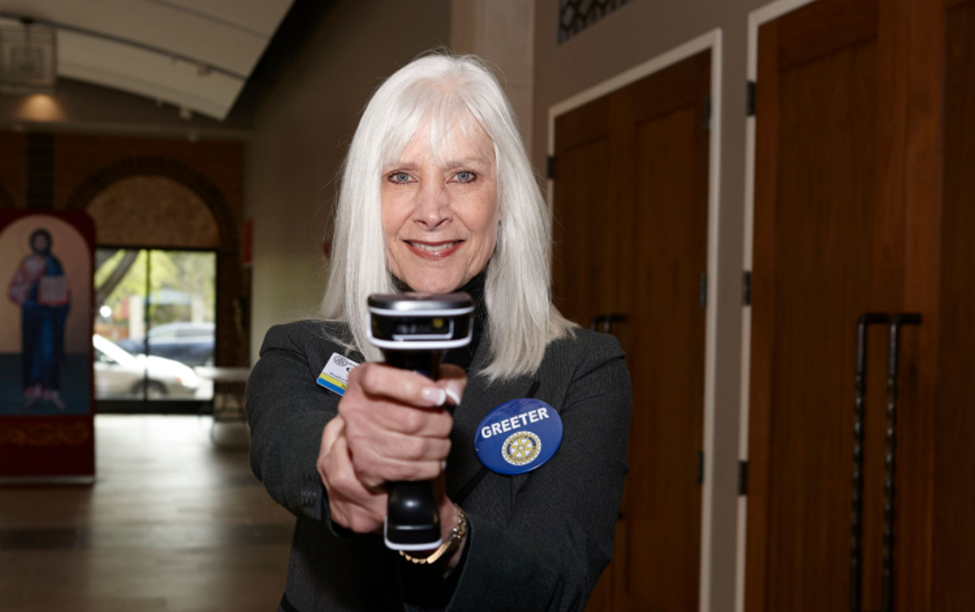 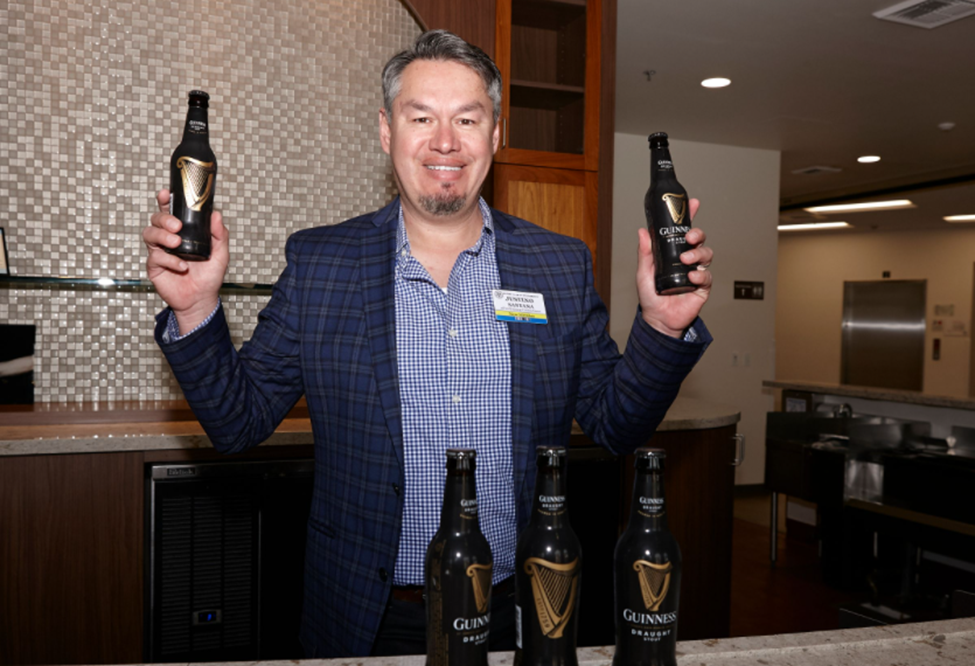 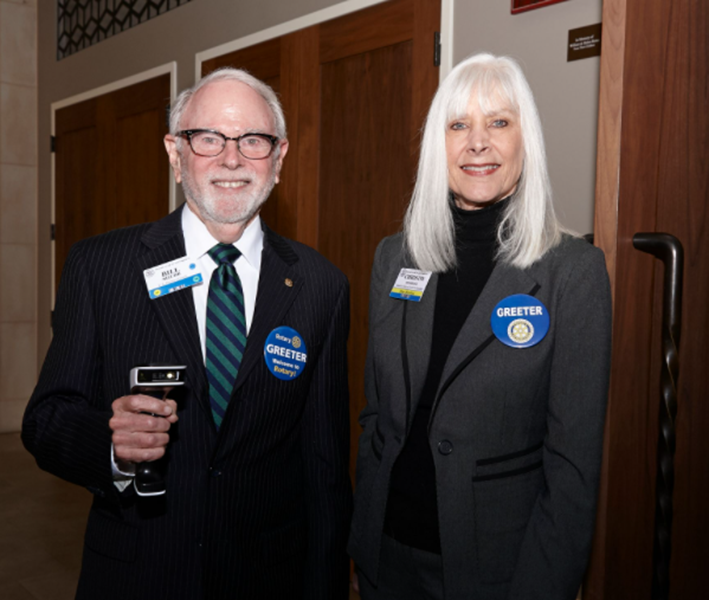 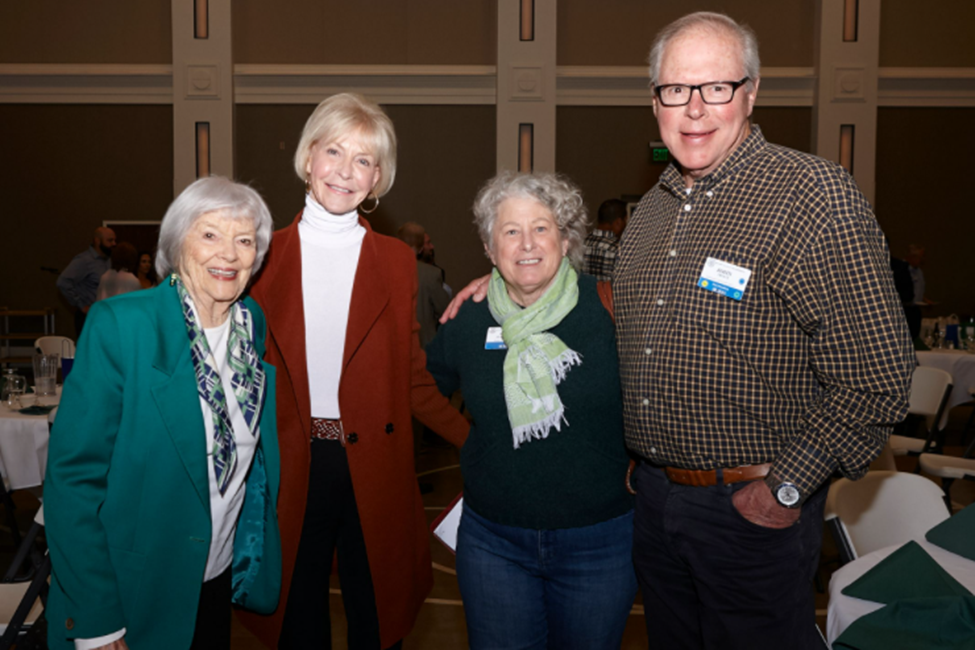 THOUGHT FOR THE DAY
KATHY HERRFELDT (retired for the past three minutes) offered today’s thought, saying what impresses her about Rotarians is that…“we take on challenges that sometimes seem insurmountable and we never give up. We set a goal and embrace the power of intention to achieve it. Eradicating Polio is a perfect example of this and, given our keynote speaker’s experience and history, my thought is for all of us to recognize and claim our power of intention.” She then left us with a quote from New York Times bestselling author GLORIA FELDT: “What’s your vision of what you think should happen? How can you make it happen? Go stand in your power and walk with intention to make it so.”
PLEDGE OF ALLEGIANCE
PRESIDENT BOB led the club in saluting the flag and our country.
INTRODUCTION OF GUESTS
PRESIDENT BOB did his best Phil Donahue, walking into the crowd to find guests to be introduced:
HEAD TABLE
PRESIDENT BOB announced those who graced the dais today:
MEETING SPONSOR
PRESIDENT BOB introduced PAST PRESIDENT JON SNYDER, who was in a celebratory mood as he announced the opening of the new Museum of Science and Curiosity (MOSOC), which has emerged after $60+ million investment from the husk of the historic PG&E power station between the Sacramento River and I-5. The new facility has 23,000 sq. ft. of exhibit space and they anticipate approximately 250,000 visitors per year. JON thanked the club and its members for their role in helping make this project the success it is.
ROTARY FELLOW ANNOUNCEMENT
PAST PRESIDENT/EMPEROR WES YEE (Yee Dentistry) made his way to the mic and began describing the latest Rotary Fellow, sharing details of the Rotarian’s life, until it became obvious that only one red face was present in the crowd. As his name was announced, the crowd stood and acknowledged native Sacramentan and famously nice guy TED WHITE as a “man who has no enemies,” a successful businessman, and a leader who serves and has served on myriad boards and Rotary committees. Typically low-key and self-effacing, it wasn’t clear Ted enjoyed the attention, but he was clearly touched by the honor and having his family appear to join in recognizing him.
We are exceedingly lucky to have TED as a member of our Rotary Club. 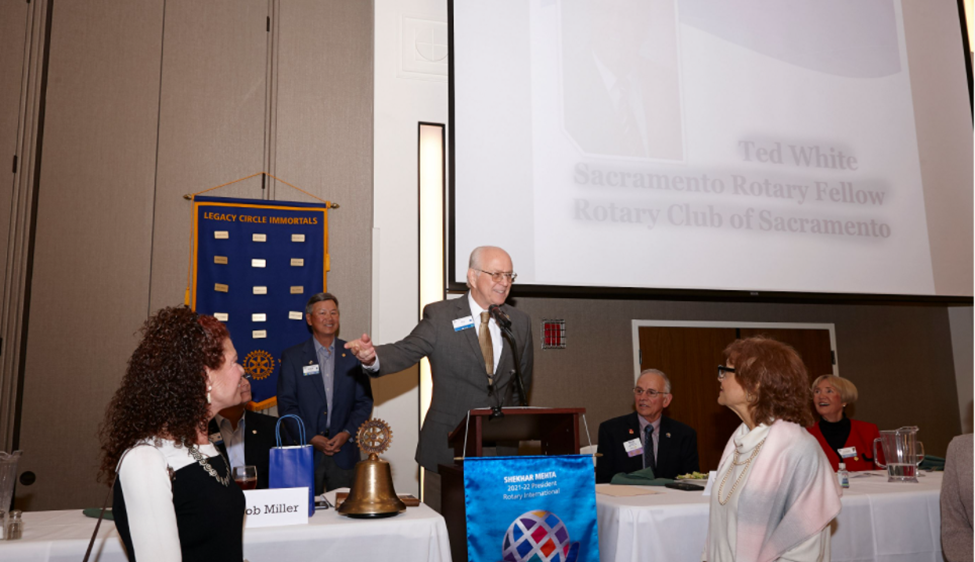 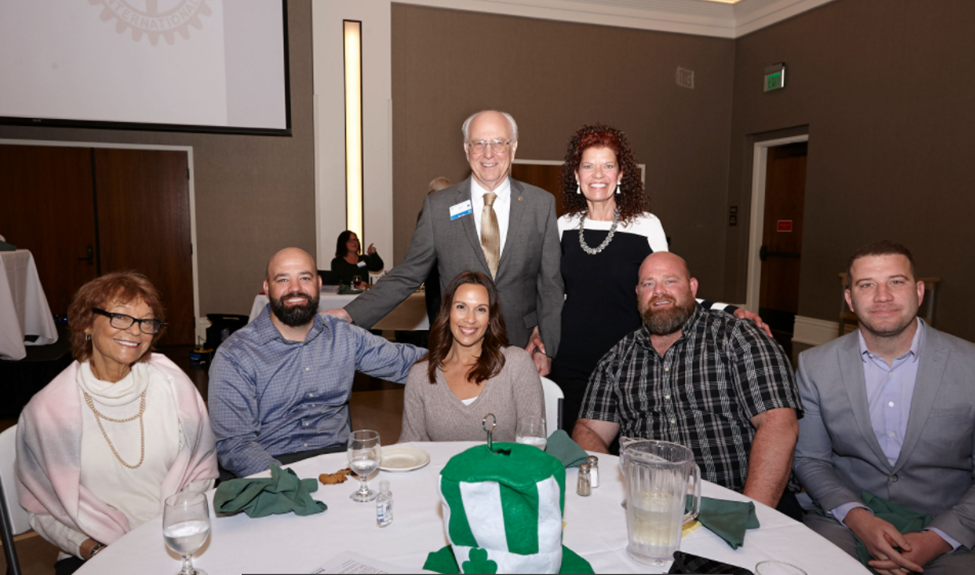 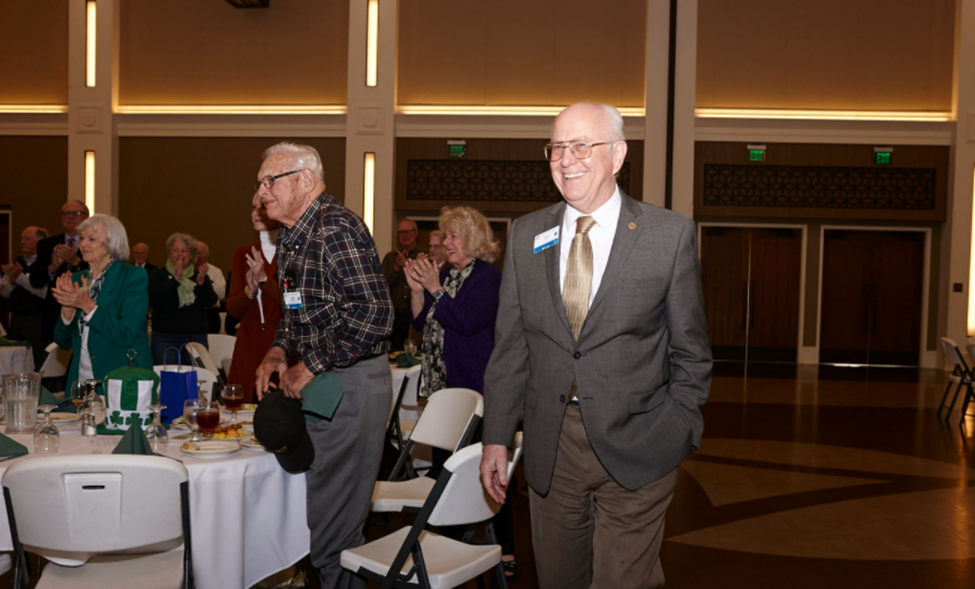 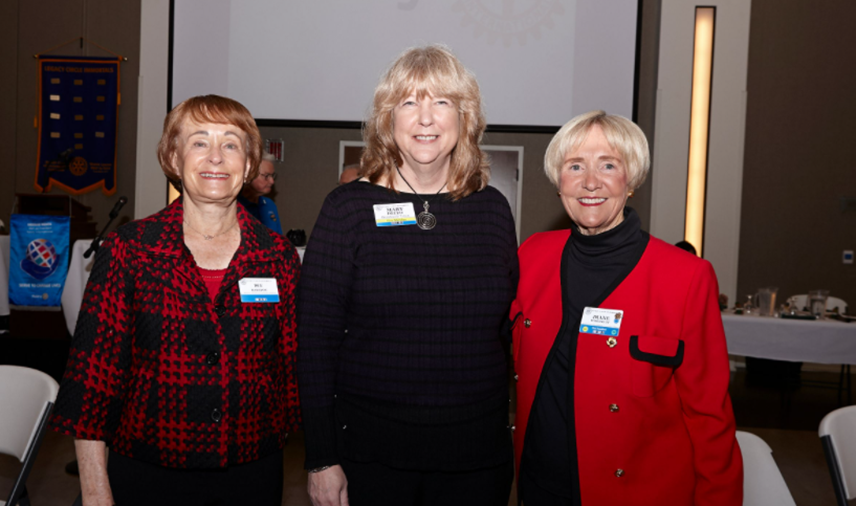 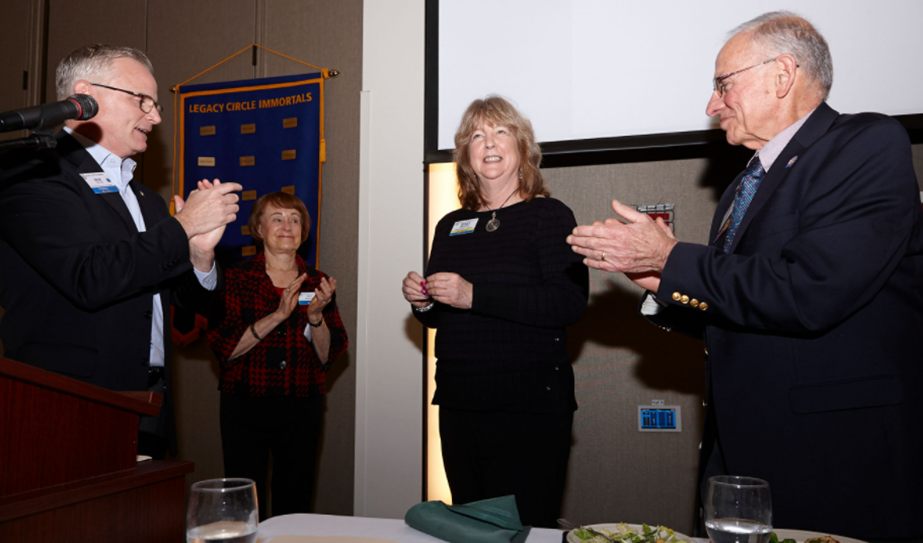 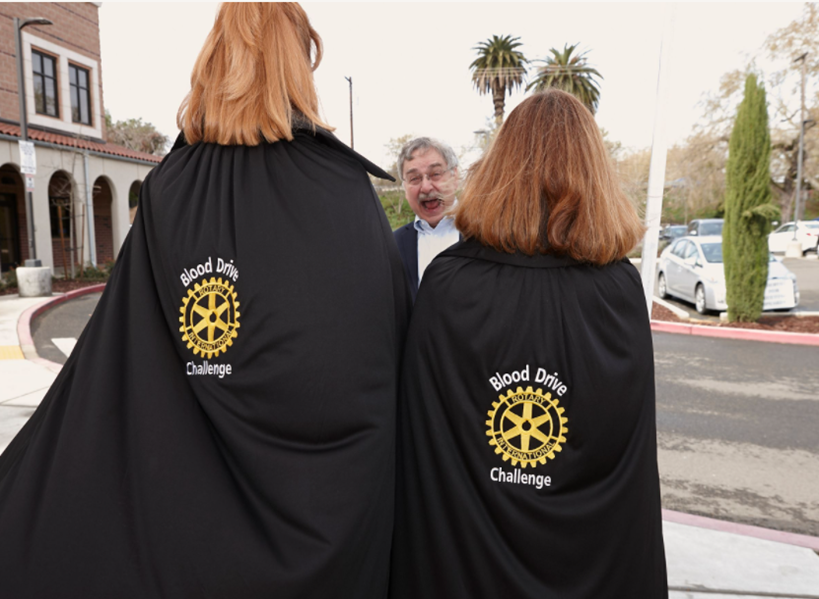 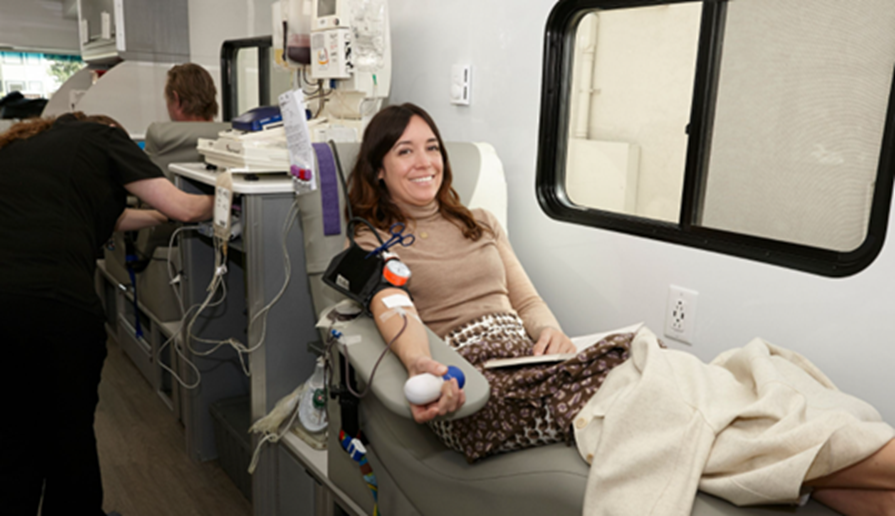 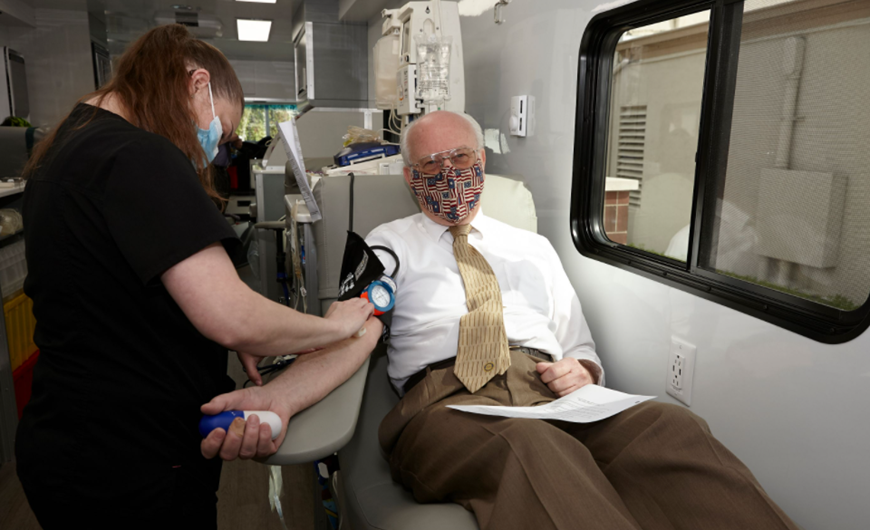 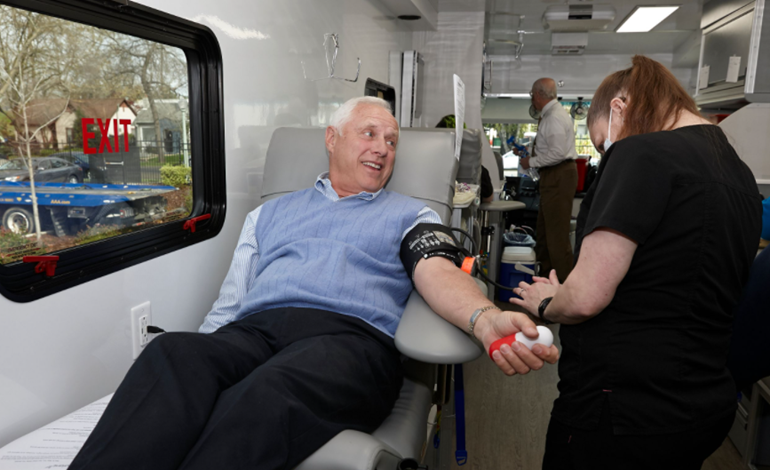 LET’S GO FOR A RUN
SHAMROCKISTRY
Past-president KEVIN SMITH-FAGAN (Fairytale Town) and JOHN MCINTYRE came to the mics to share some Irish ‘deep cuts’ in honor of St. Patrick’s Day, which arrives in a couple days. Their tuneful whimsy included The Black Velvet Band and The Waxies Dargle. Many wept. Some for joy. 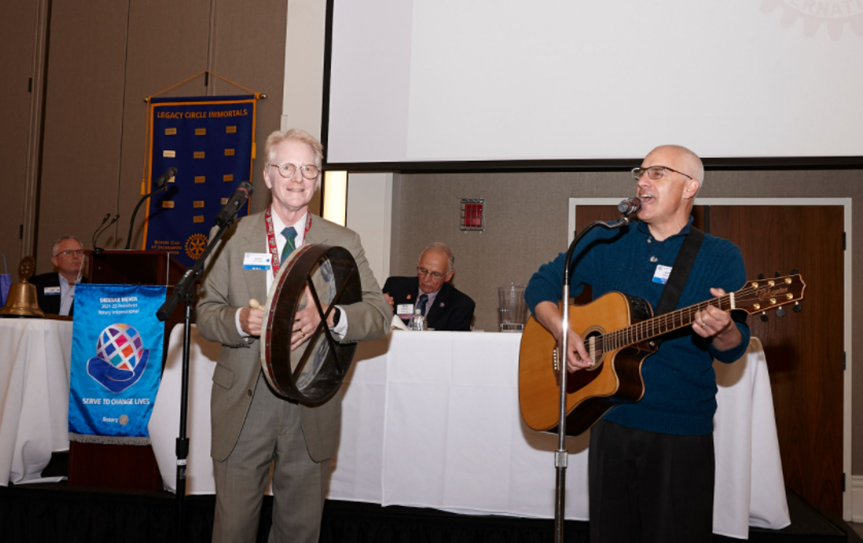 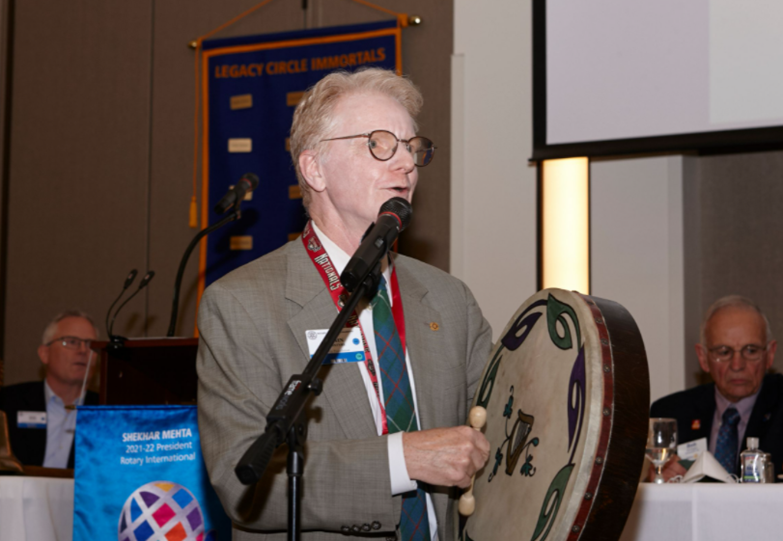 SPEAKER INTRODUCTION
PAST PRESIDENT DIANE WOODRUFF provided a warm introduction of speaker BOB ROGERS of the Sebastopol Rotary, and a former district governor, who retired as an airline pilot in 2007 and focused his recent years on eradicating polio through his efforts with Rotary’s Polio Plus initiative.
SPEAKER
Speaker BOB ROGERS opened his presentation with thanks to the Sacramento Rotary for the club’s generous response to the Santa Rosa fires in 2017 – Sacramento Rotary at a meeting in October 2017 raised more than $21,000 to help the communities who suffered losses from those fires, including many Rotarians. BOB was touched by that act of generosity, which led naturally into his discussion of what’s been accomplished by Rotary since the inception of the “Polio Plus” initiative to eradicate polio from the earth.
He started by sharing a video about National Immunization Day in India, where Rotarians attempted to provide 100 million vaccinations in five days – a herculean effort, yet BOB encouraged every Rotarian to see if it was possible for each to participate in such an effort, which is both life-changing and life-saving. The video indicated that in 1988, polio was present in 125 countries, yet it’s now found in only two countries – Pakistan and Afghanistan.  There are three types of polio; types 2 and 3 have been eradicated, with only Type 1 still present – only 6 cases were reported globally in 2021 and Pakistan has now gone nearly 1-1/2 years without a case.
However, to describe a recent concern, BOB went technical in the next section, that of circulating vaccine-derived polio (CVDP), which can occur, rarely (one in every 2.3 million inoculations), when the attenuated polio molecule in the vaccine mutates in communities where there is low vaccination. As a result, the person bearing the mutation is safe (vaccinated), but other unvaccinated children could be exposed.
Recently, a novel oral vaccine, which has attributes that keep the polio molecule from mutating, has developed that appears to address this problem: 200 million doses of the novel oral vaccine have been given with no negative impacts.
BOB asked if we should be satisfied with 99.9% of polio eradicated from the earth – then answered his own question with a resounding NO! The job isn’t yet done! To make that point, BOB shared two sobering points: first, that (a small number of) polio workers have been killed for doing their work, because some factions believe Polio Plus is a western plot to sterilize their children and, second, the recent polio case found in Malawi (and linked to Pakistan) makes it clear that “Polio is only a plane trip away!” With those warnings against global backsliding, BOB encouraged members to consider joining the Polio Plus Society — $100/year until polio is eradicated. The money counts toward a PAUL HARRIS and is matched two-to-one by the Gates Foundation. 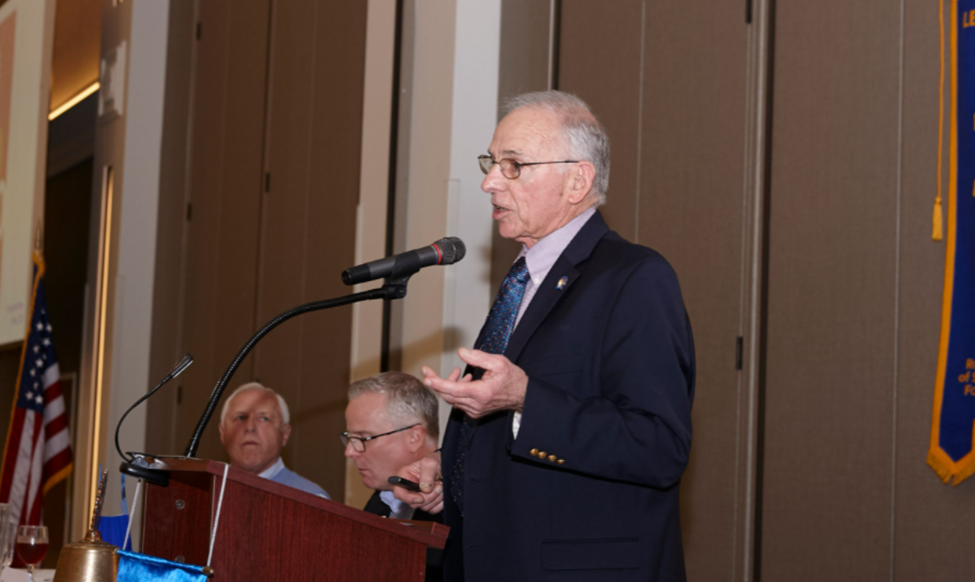 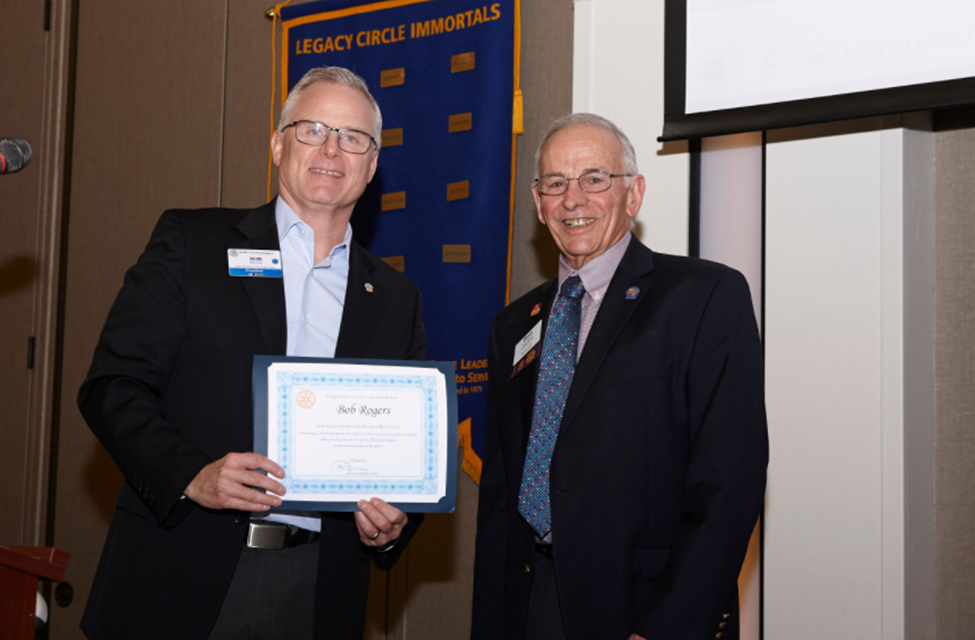 Please see link below of the PowerPoint use for this presentation.
3-15-22 PowerPoint .pptx
NEXT MEETING
After thanking BOB OLSON for his presentation, PRESIDENT BOB called on Sergeant-at-Arms GIULIANO KORNBERG (Sacramento Philharmonic & Opera) announced that our next meeting would be at the usual spot and would be “YP Takeover” week, and we are to anticipate fun heretofore inconceivable at a Rotary meeting.
GAVEL OUT
PRESIDENT BOB concluded the meeting at 1:30pm.
UPCOMING MEETINGS AT A GLANCE!
3/18/2022 – Discovery Park 3:00PM -5:00PM -American River Parkway Cleanup
3/22/2022 – Young Professionals at the helm! / Scott Ford
3/29/2022 – Robert Nelson / Sac State
04/05/2022 – Pride Industries
04/12/2022 – Dark