Rotary Meeting, September 27, 2022
WELCOME/GAVEL IN
PRESIDENT LINDA (Gilbert & Associates) gaveled in the meeting at 12:10 pm, welcoming all to today’s meeting as two introductory minutes of Hotel California remind us, as we find their seats, that we can check out any time we like, but we can never leave…
THANK YOUS
PRESIDENT LINDA thanked this meeting’s greeters LARRY GILZEAN (Spare Time Sports Clubs), JARRETT OSBORNE-REVIS (Buchalter Law Firm), WILLIAM CUSHARD, and LAURIE WRIGHT (Tri-Counties Bank).  There was an unmistakable air of ennui as Pulse Reporter JOHN MCINTYRE (Mercy Foundation) was announced. JOHN SWENTOWSKY (Swentowsky Photography) provided photography for today’s meeting. 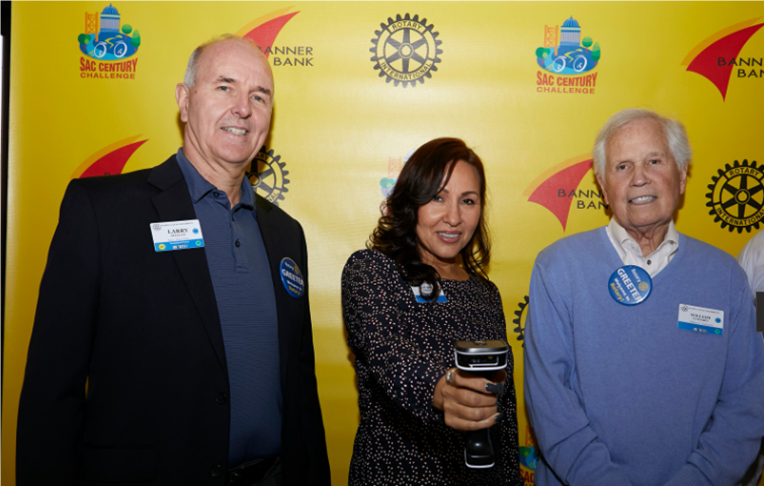 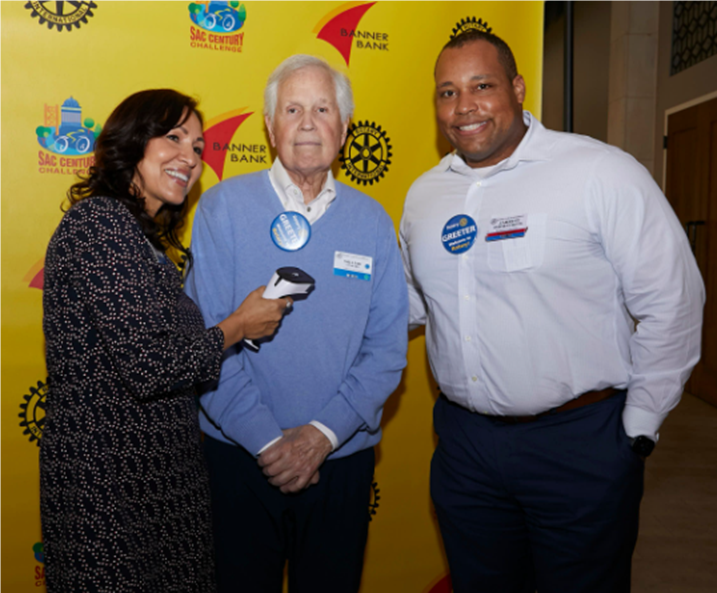 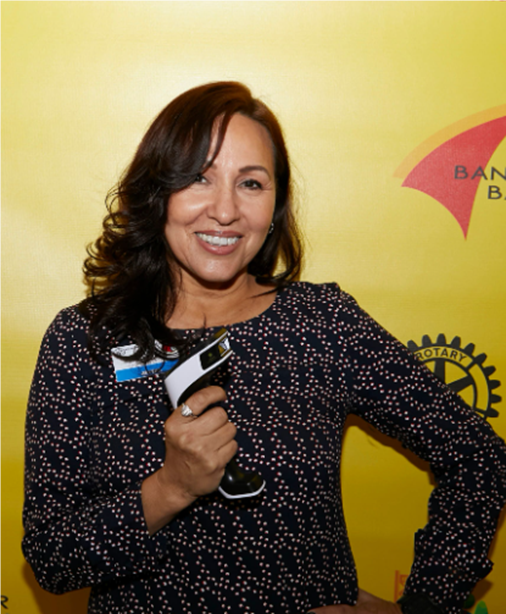 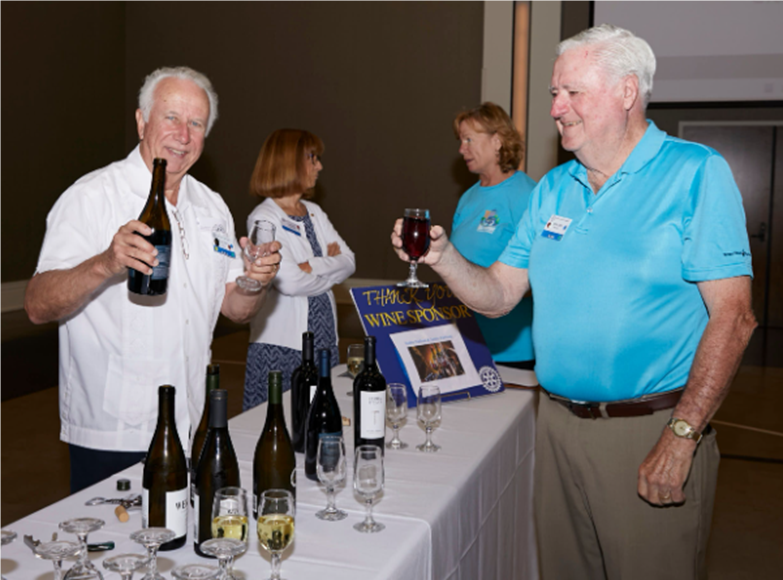 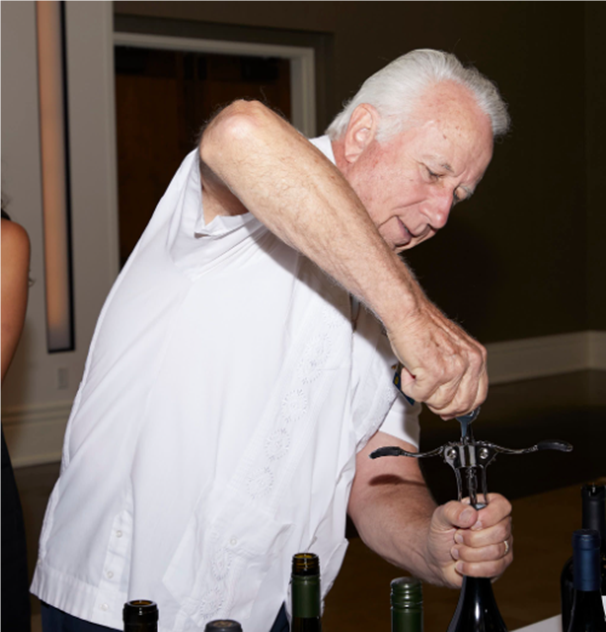 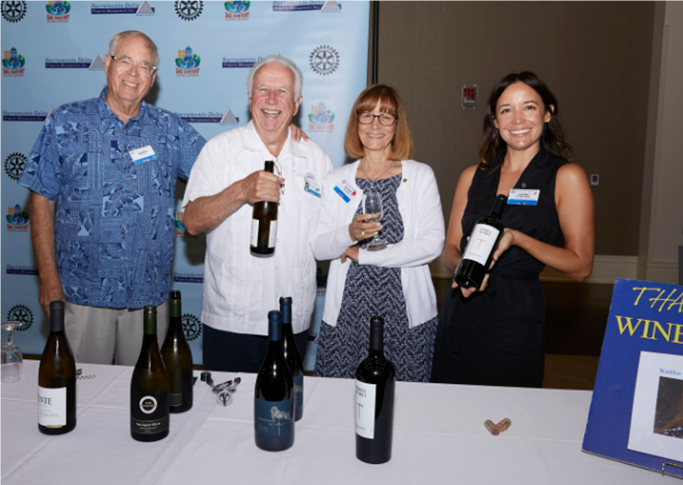 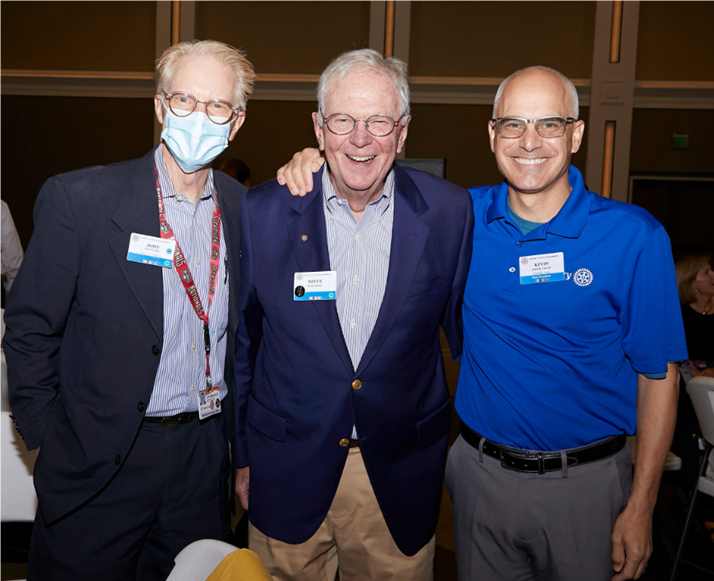 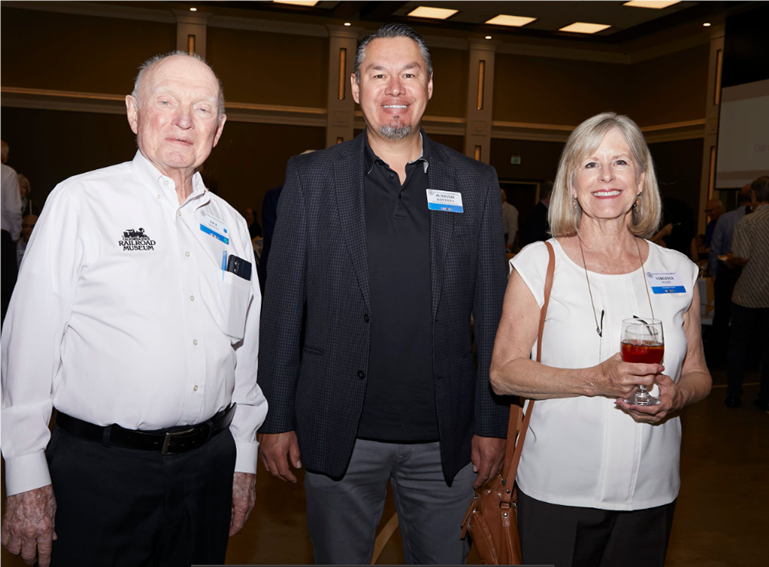 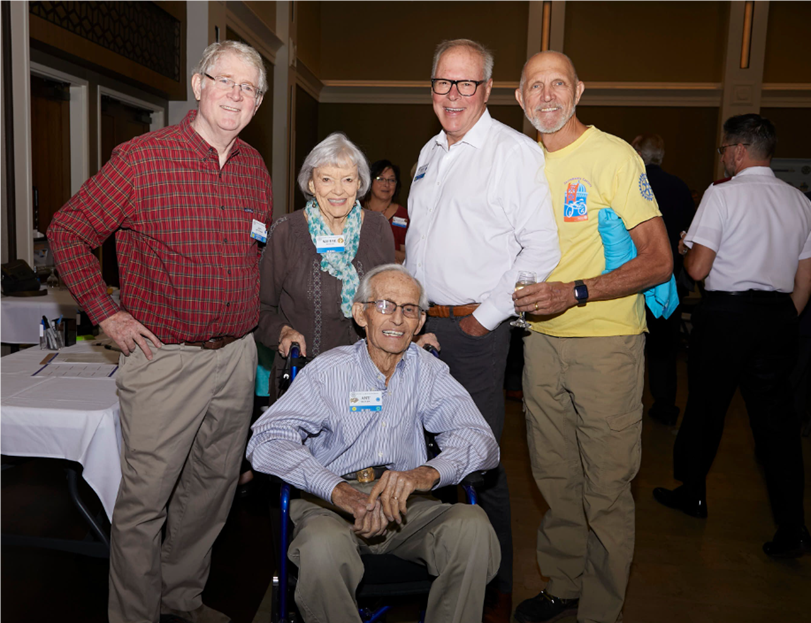 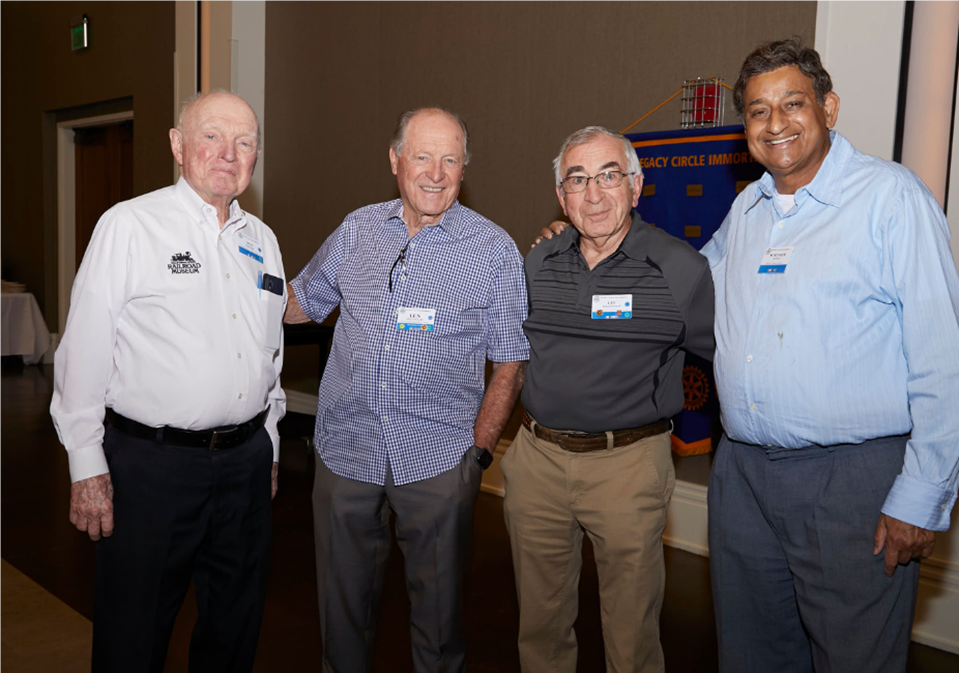 THOUGHT FOR THE DAY
RICK OSEN (Sutter Builders, Inc.) strode to the dais to share his reflection, entitled “Dreams,” which he started by sharing the dictionary definition: “a series of thoughts, images, or emotions occurring during sleep.” He continued, sharing that other cultures believe (or believed) that dreams were messages from God, or from the dead, and because the Chinese culture believes that being suddenly awakened from a dream can leave your soul stuck in the dream, many disfavor alarm clocks… and RICK noted the Bible provides 700 references to dreams… RICK opined that dreaming was like being a “passenger on a moving train” and noted that our dreams are unique to each of us. He suggested in conclusion that dreams have the power to unify body, mind, and spirit and admonished us all to “Dream away! You might just become an NFL referee… “ 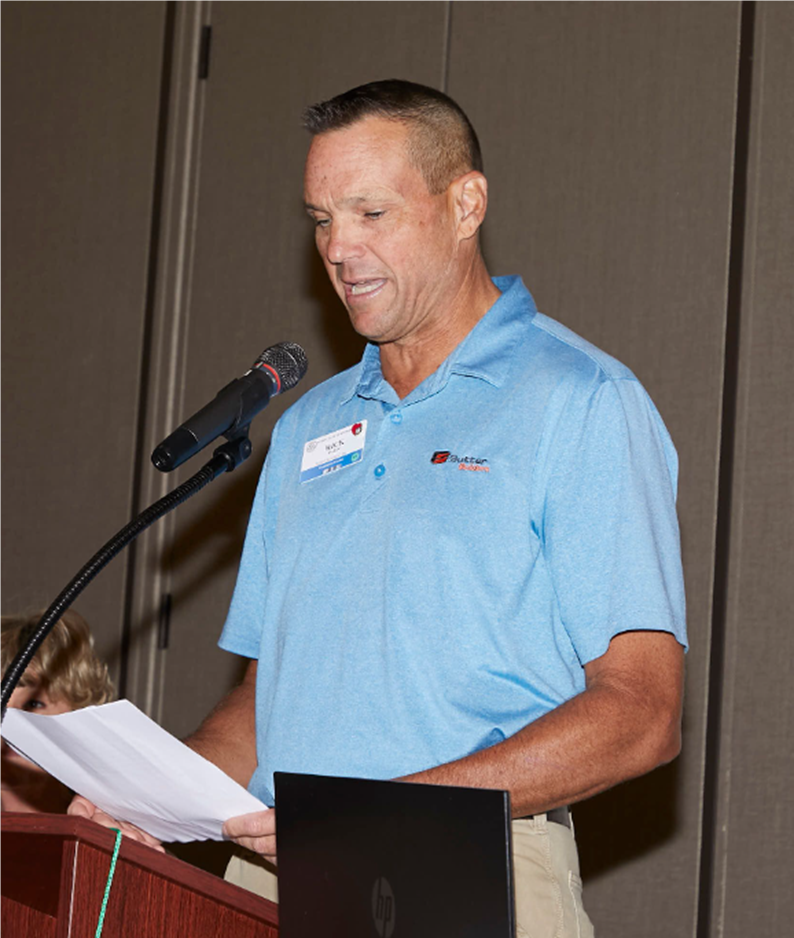 PLEDGE OF ALLEGIANCE
PRESIDENT LINDA led the club in saluting the flag and our country. 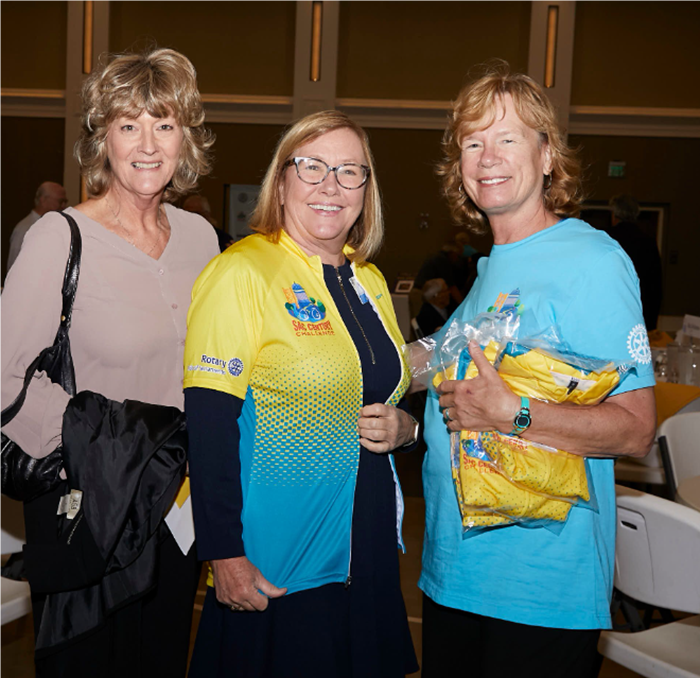 HEAD TABLE
PRESIDENT LINDA announced those who graced the dais today:
MEETING SPONSOR
PRESIDENT LINDA invited DOUG STEPHENSON of Banner Bank forward to tell us about Banner Bank, a 100+-year-old bank from the Pacific Northwest, which has only been in the Sacramento area for about a decade. Forbes has counted them among the best banks in the country. However, their real claim to fame is that they are the marquee (ahem, banner?) sponsor for this year’s Sac Century! DOUG and his wife will be doing the ride this weekend and he also let slip that he’s open to (re)becoming a Rotarian – one more reason to appreciate Banner Bank! 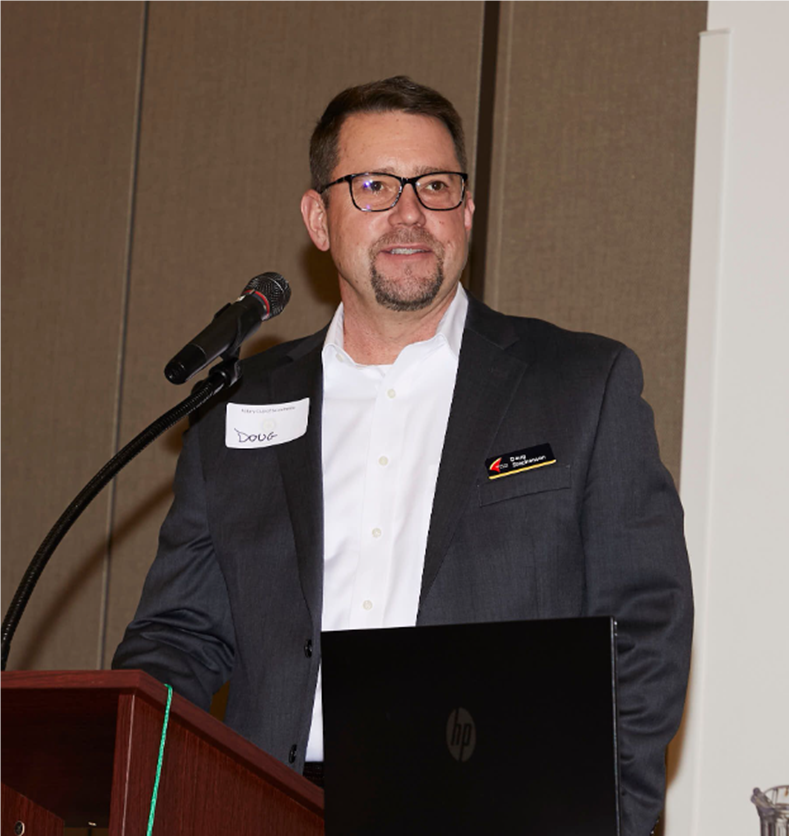 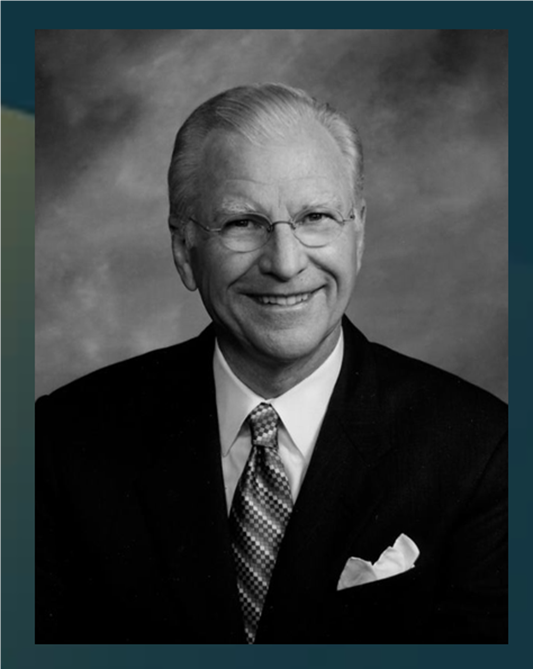 JOHN is proud to be a Rotarian for 52 years. He was one of our Rotary Foundation Presidents and served on the Rotary Board twice.
JOHN’s career spanned over 50 years. He had an investment banking and leasing firm for many years and divested several parts of it to Xerox and A G Edwards. He innovated the first variable rate bond issue and worked with Sutter hospital to handle a number of their bond financing issues. He appreciated having excellent staff and several of them worked for him for over 45 years.
JOHN and his wife KAREN have been married for 64 years. They first met in junior high school, both went to McClatchy but were just friends until JOHN invited KAREN to a wedding when they were in college. They are a testimony that being friends first makes for a great marriage.
Fun Fact: JOHN has been a scuba diver for years, doing over 600 dives. A highlight dive was seeing a Lemon Shark that is all yellow while diving in Tahiti.
JACK BOWKER Birthday 9/26 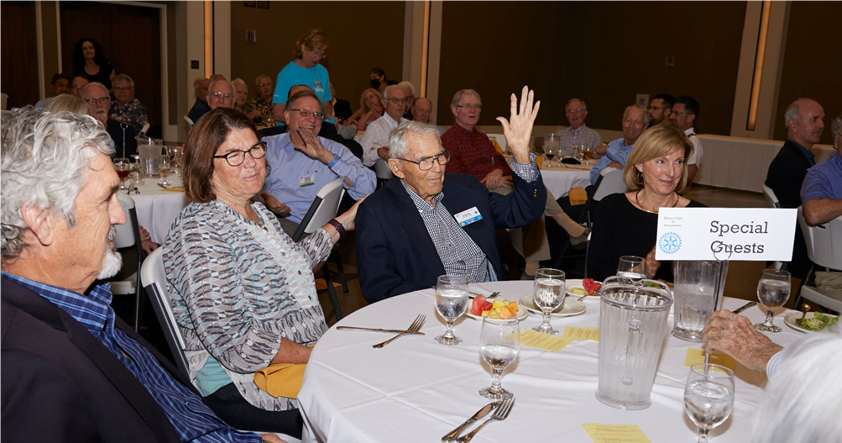 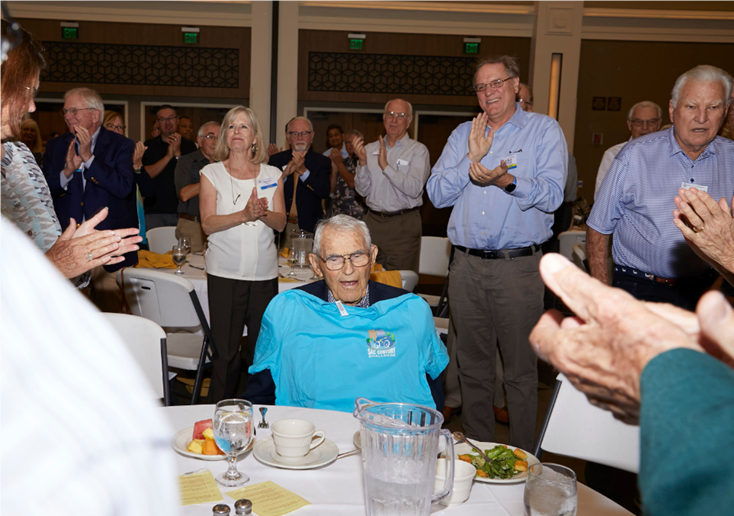 Today we are honoring our new centenarian member, a member of our club for 58 years, JACK BOWKER, who celebrated his 100th birthday yesterday.

JACK BOWKER was born in Santa Monica, Ca. on Sept. 26, 1922. JACK’s grandfather managed a large ranch so JACK’s father was a rancher, a cowboy as well as a mechanical engineer. Quite a combination of skills!!
His father used his engineering skills when he was general manager of the canal system that supplied water to the Mexicali Valley.
JACK’s parents bought a motel in Calexico, a southern California border town with Mexico and the motel is where JACK grew up. While growing up, JACK worked at the motel, sometimes even managing it, roped and branded cattle, and hauled lumber for building homes for those working on the canal system. While attending high school in Calexico, JACK was a versatile athlete. He played tennis, he ran track, he played basketball and football. He was the quarterback for the football team his senior year and most of the team were Mexican boys. His coach was amazed how JACK could get that team to coordinate and move down the field. JACK’s leadership skills were clear but the real secret to his success? He was proficient in Spanish!
(Picture #1) JACK was also a very good student in high school. So he got an academic scholarship to attend Cal Berkley in 1941. There he played on the Rugby team and was said be an excellent rugby player. He was outstanding in yet another sport. Enrolled in ROTC as a freshman, JACK went to officer candidate school (Picture #2)and in 1944, before completing college, he became a 2nd Lieutenant serving as an officer in China from 1945 to 1946. (Picture #3). For his service in China, Jack received the prestigious medal of honor from Chang Kai Shek. It says “The Chinese government proudly presents Lt. John Bowker the highest recognition of the combined forces of the Army, Navy, and Air Force. Returning to civilian life, he farmed with his brother for a couple of years before he returned to college 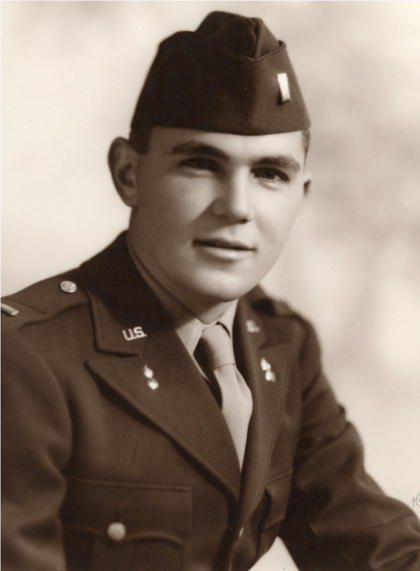 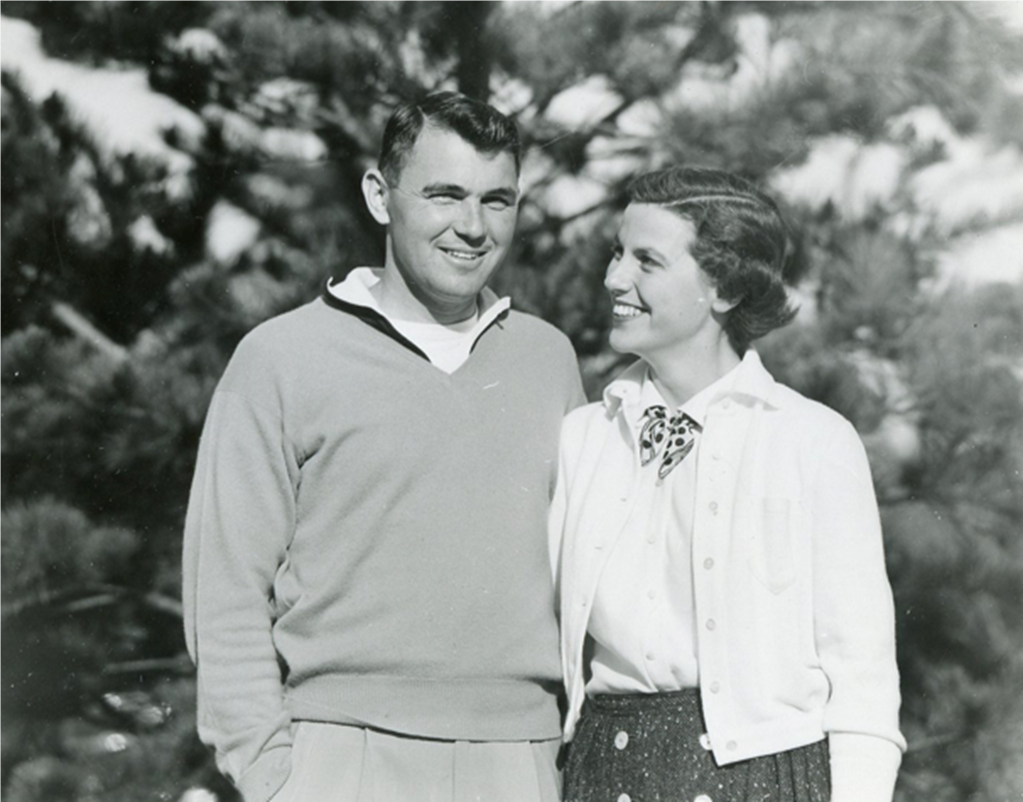 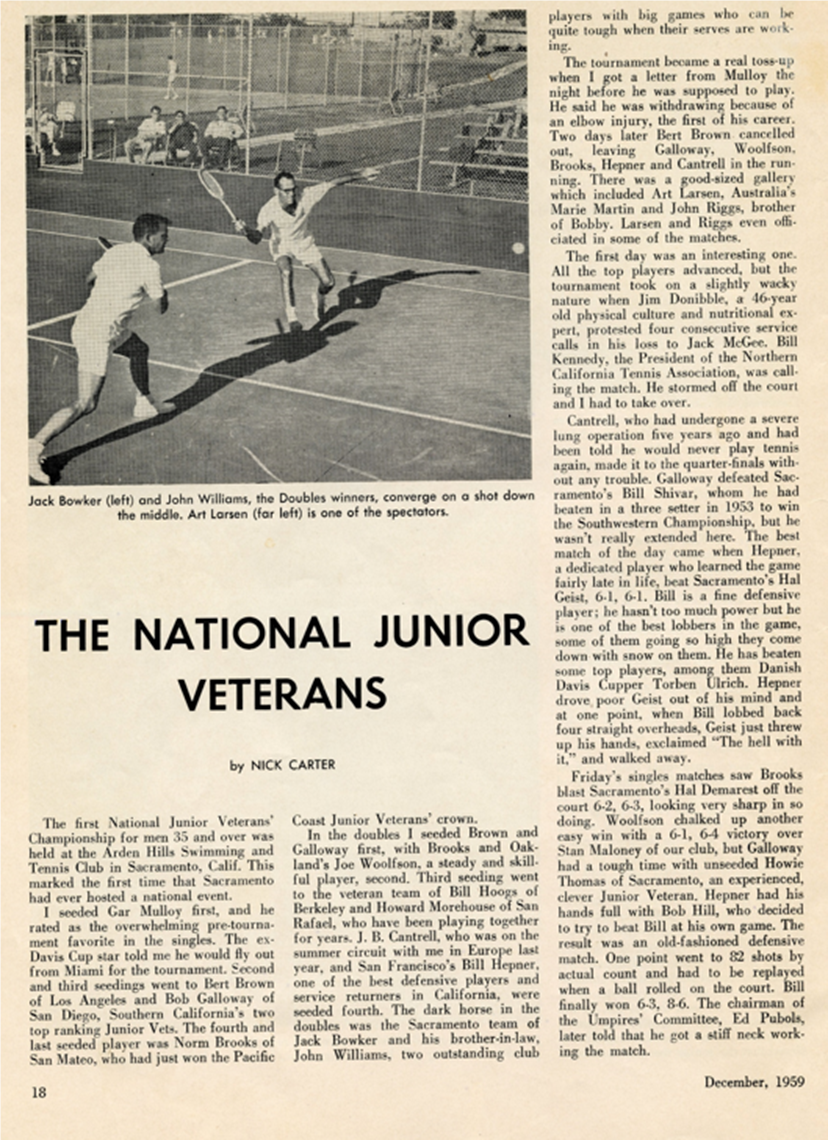 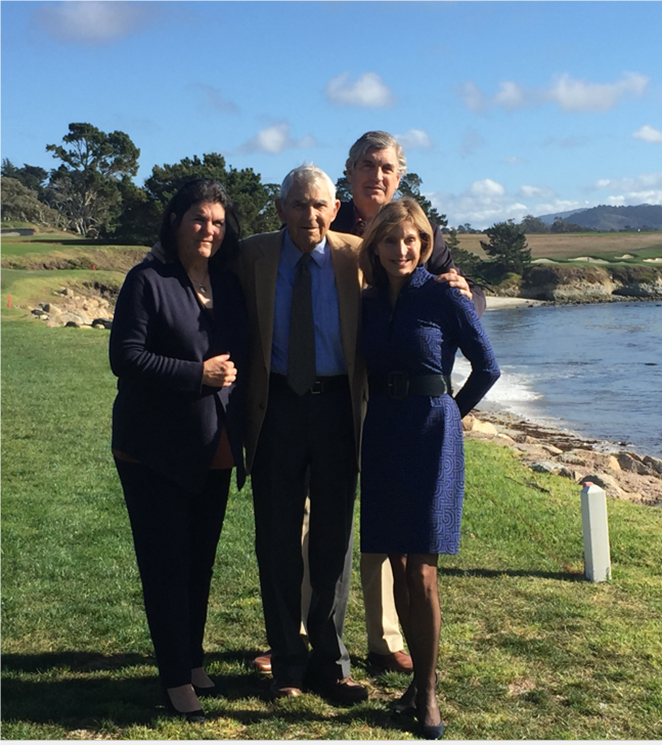 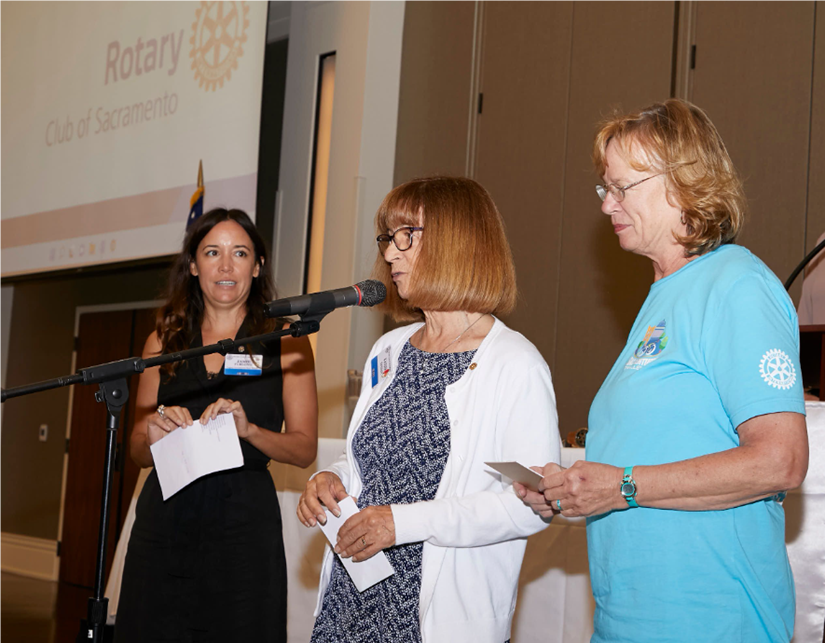 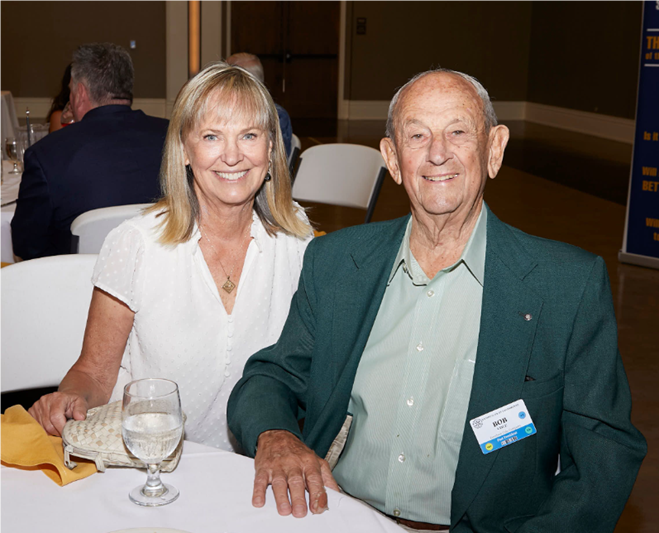 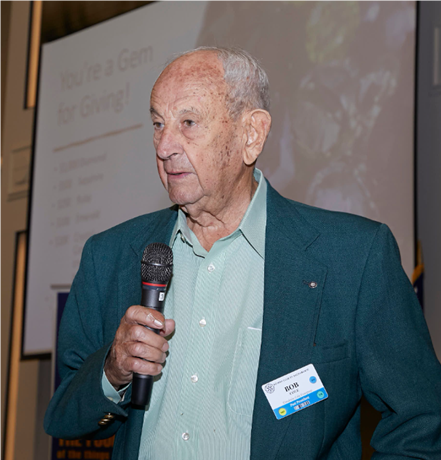 SPEAKER INTRODUCTION
Chair of the Day MIK MIKLAUS introduced guest speaker PETE MORELLI noting that PETE was born in 1951 (as was MIK), and is a husband and father of two boys. He attended St. Mary’s High School in Stockton, where he went on to teach and then was principal from 1989 to 2014. PETE was an NFL referee for 22 years, including serving at Super Bowl XXXVI and several playoff and championship games. MIK noted that PETE was considered “an official’s official, meaning he’s impossible not to like.” MIK then welcomed PETE MORELLI to the microphone. 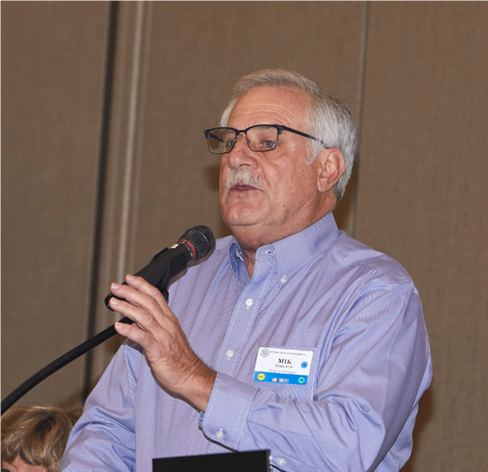 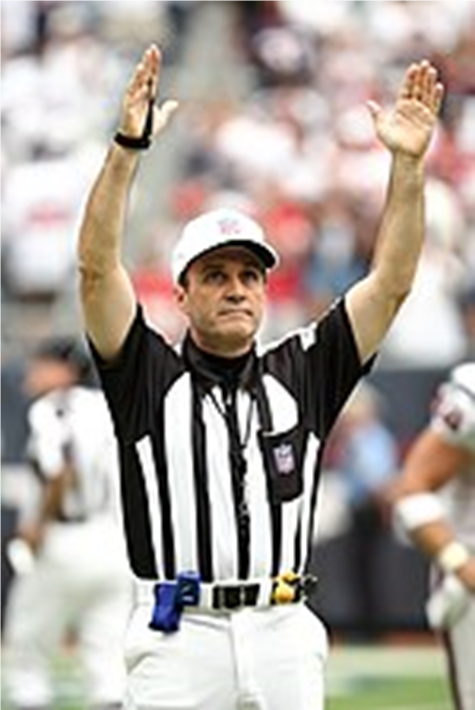 SPEAKER
PETE MORELLI started his comments by recognizing GARY KERNS and JOHN WOOD for their service as refs, acknowledging their commitment to accuracy and excellence. PETE’s been retired from refereeing for four years now, which he suspected made fans in Pittsburgh and Philadelphia particularly happy. He then shared why that might be the case. PETE recalled a game in Philadelphia between the Eagles and the Carolina Panthers where there were 11 penalties, only one of which was against Carolina. He also recalled a game in Pittsburgh between the Steelers and the Indianapolis Colts during which his resolution of a dispute about a catch significantly benefited Indianapolis. Coincidentally or not, after that game a boulder flew through the window of his home. This unfunny anecdote was followed by two relating to player and coach behavior: first, he penalized a player who’d hidden a cellphone by the goalpost, which he grabbed after scoring a touchdown, pretending to make a call. At first his coach was angry at PETE, who pointed out what the player had done, and the coach then took the player to task. Second, he noted that coach Sean Payton of the New Orleans Saints complained that PETE wasn’t calling holding and that he needed to do so…PETE did on the next play – against the Saints…
PETE shared that being an NFL referee was demanding in many ways, the easy part of which was the 6-8 miles per game a ref runs; the more demanding issue was the intense level of concentration for three solid hours and 180-ish plays. As a referee, he was responsible for not just for focus on the game and announcing all penalties, but also for managing the required TV timeouts (the airing network has to recoup their investment in the games…). He also shared that he and other officials had a hand in changing the rules, particularly those relating to protecting the quarterback – keeping the most valuable player on each time safe and healthy is a league priority. PETE further noted that technology has also changed the game – replays, and the “O2O” (official to official) system that allows communication between field officials, officials in the press box, as well as with ‘headquarters’ in New York. This latter system was intended to speed the game by speeding communication but has now resulted in game officials wanting their calls confirmed from upstairs. He also noted that social media and gambling have also changed the game, not all for the better.
PETE then responded to questions: JON SNYDER (Snyder Commercial Real Estate) asked about how referees manage to stay warm on freezing days up in Green Bay or other cold weather arenas. PETE said they have neoprene garments they wear under their stripes that help, but that the refs are miserable in the freezing rain, which gets under the neoprene and makes them soggily miserable. BOBBY REED (Capitol Tech Solutions) asked if PETE had ever worked out with fellow retired ref ED HOCHULI. PETE said he hadn’t but was sure he couldn’t keep up with ED. Lastly, PAUL KEEFER asked if there was any rule PETE would like to change, to which PETE replied he thought going to the collegiate catch rule (ie., one foot inbounds for a catch to count, rather than the NFL’s two) would be great. However, he acknowledged the beauty and grace of those who manage to get both toes in on catches.
PRESIDENT LINDA thanked PETE for his presentation and informed him that in thanks for his presentation today, 100 children would receive the polio vaccine in his honor. 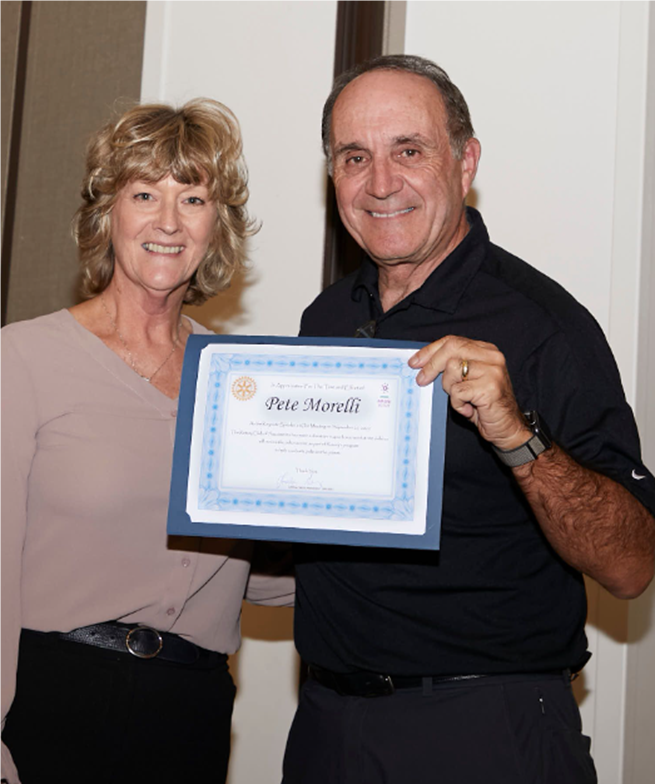 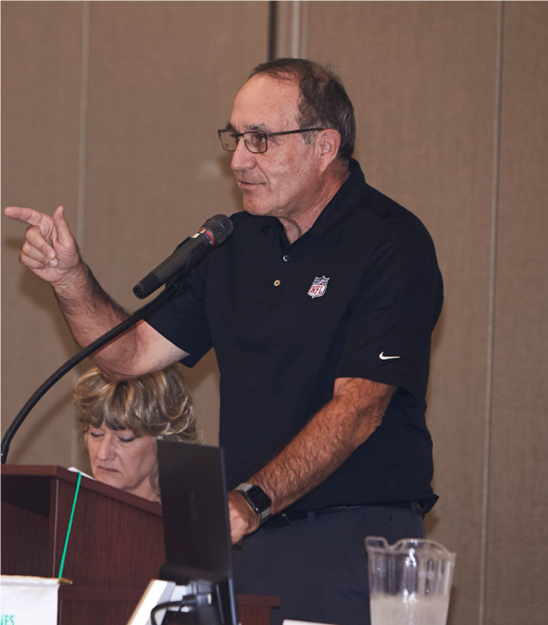 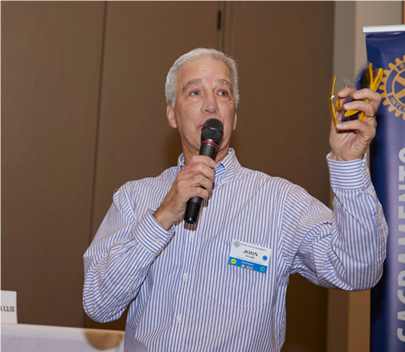 NEXT MEETING
After thanking PETE, PRESIDENT LINDA called on Sergeant-at-Arms KATHE NATHAN, who announced that we will be dark next week, as we all recover from the Sac Century, but we’ll be back the following Tuesday at our next meeting would be at the usual spot and usual time to articulate the success of that epic annual fundraising event.
10/04/2022 – Dark
10/11/2022 – SAC CENTURY THANK YOU- Keep pedaling!
10/18/2022 – Speaker GIULIANO KORNBERG/ SAC Regional Performing Arts Alliance
Click here for GUILIANO KORNBERG LinkedIn Profile 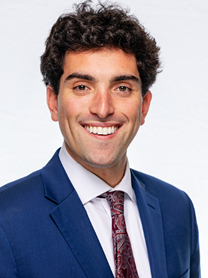