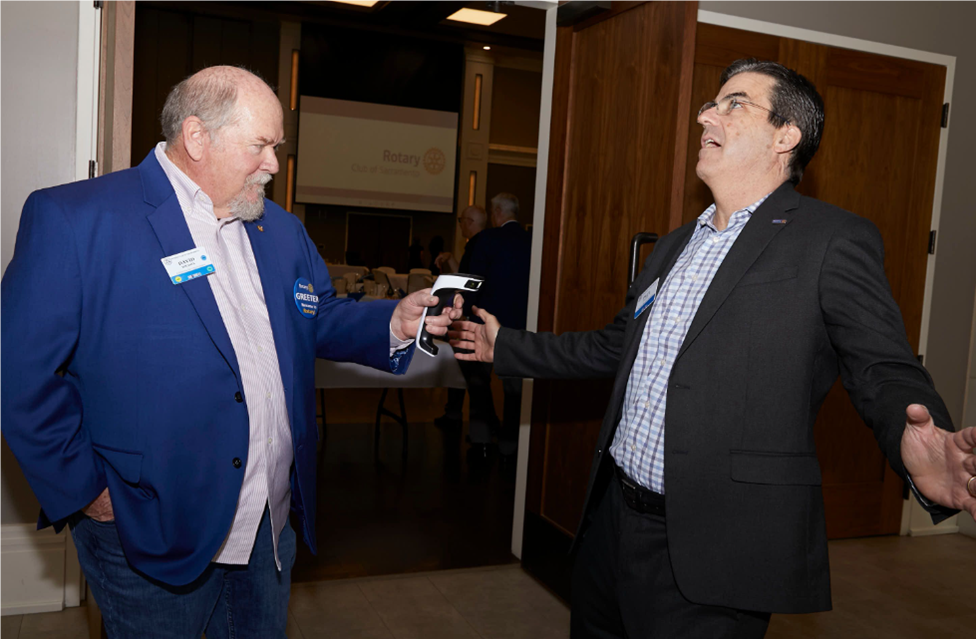 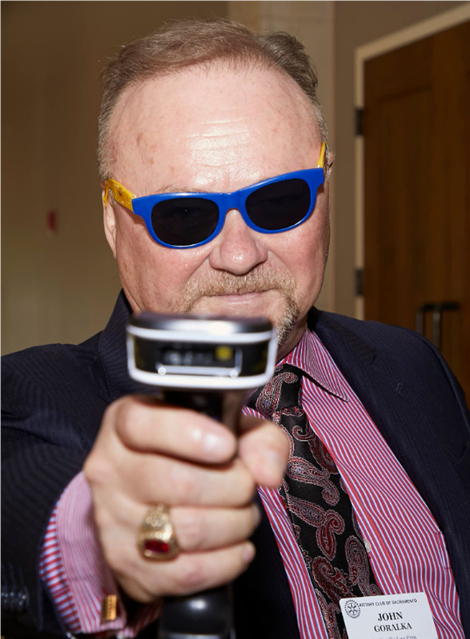 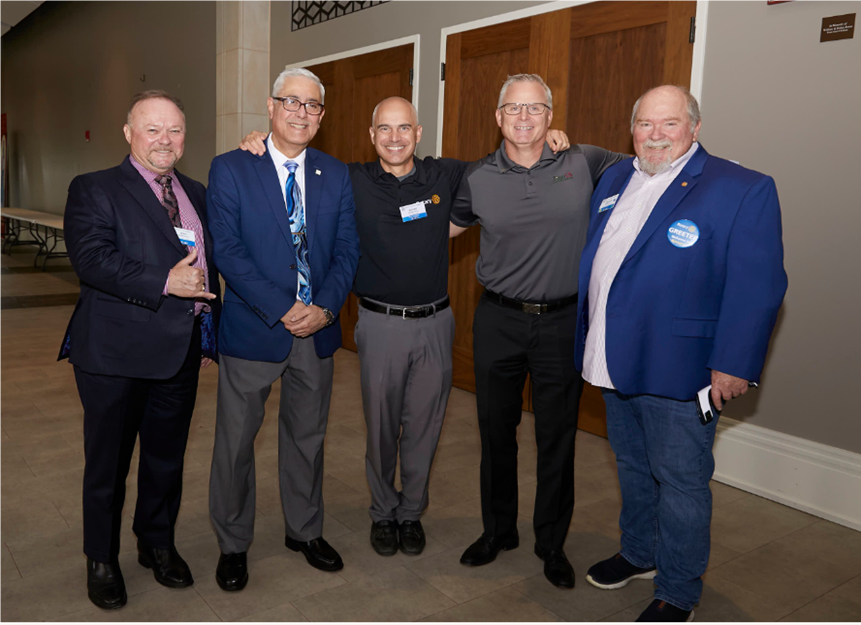 WINE RECEPTION
Thank you to APRIL JAVIST (Sacramento Literacy Foundation)  for sponsoring the wine for the meeting….and for pouring with both hands!! 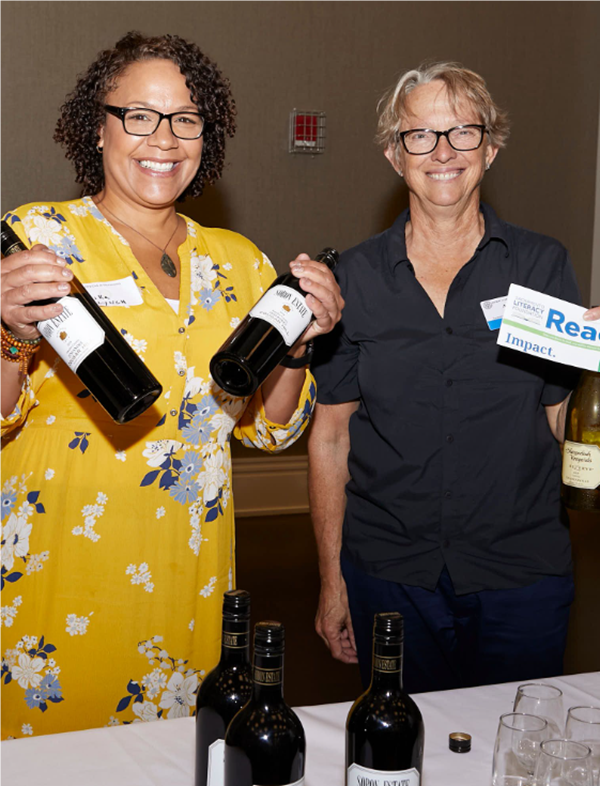 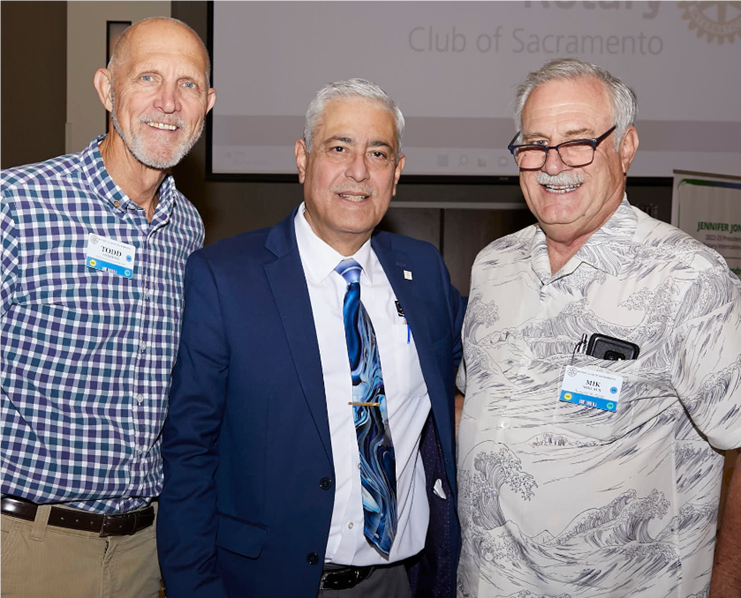 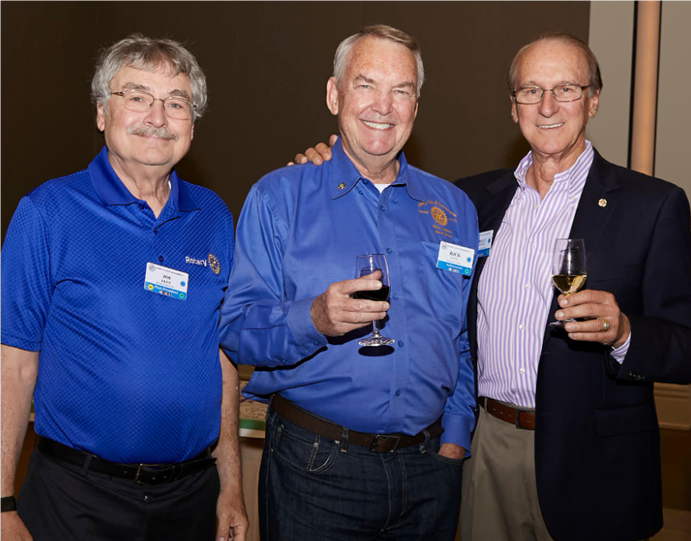 THOUGHT FOR THE DAY
PAST PRESIDENT JIM LEET (Boutin Jones Inc.)
JIM was not able to verify the original author to his satisfaction, but some including JIM believe it may have been MARIANNE BAUM, a German-born Jew executed by the Nazi’s in 1942. This is a very timely message for us all – thank you JIM!
Every Minute Someone Leaves This World Behind
Age has nothing to do with it.
We are all in this the line without realizing it.
We never know how many people are before us.
We cannot move to the back of the line.
We cannot step out of the line.
We cannot avoid the line.
So, while we wait in line-
Make moments count.
Make a difference.
Make the time for that call.
Make priorities.
Make your gifts known.
Make a nobody feel like a somebody.
Make your voice heard.
Make the small things big.
Make someone smile.
Make the change.
Make up.
Make peace.
Make love.
Make yourself a priority.
Make sure to tell your people they are loved.
Make waves.
Make sure to have no regrets.
Make sure you are ready. 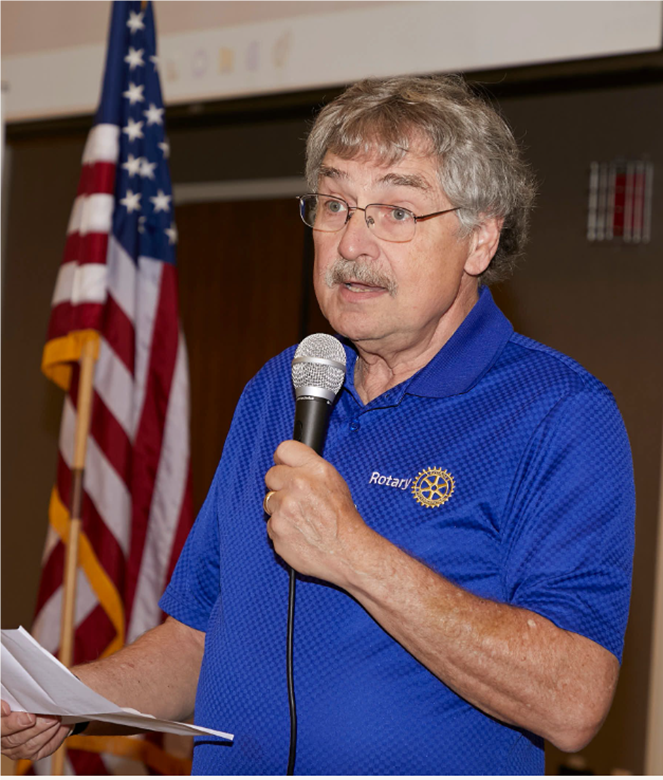 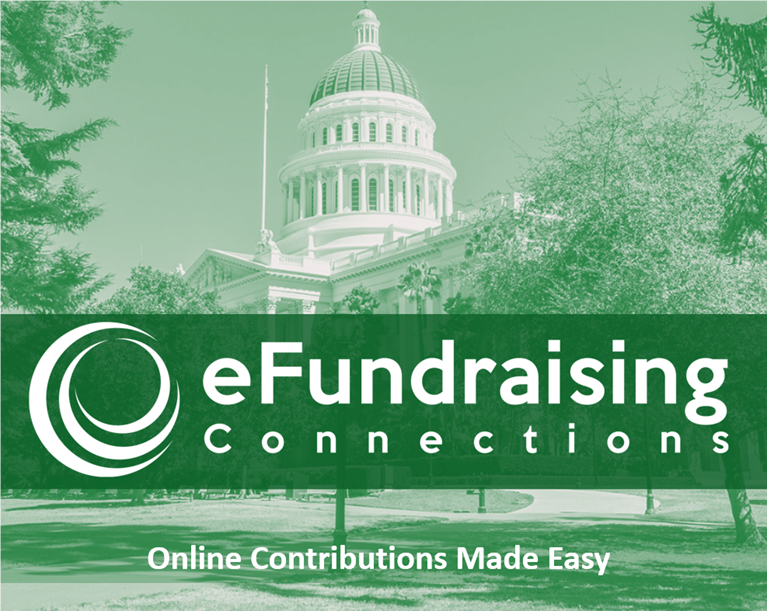 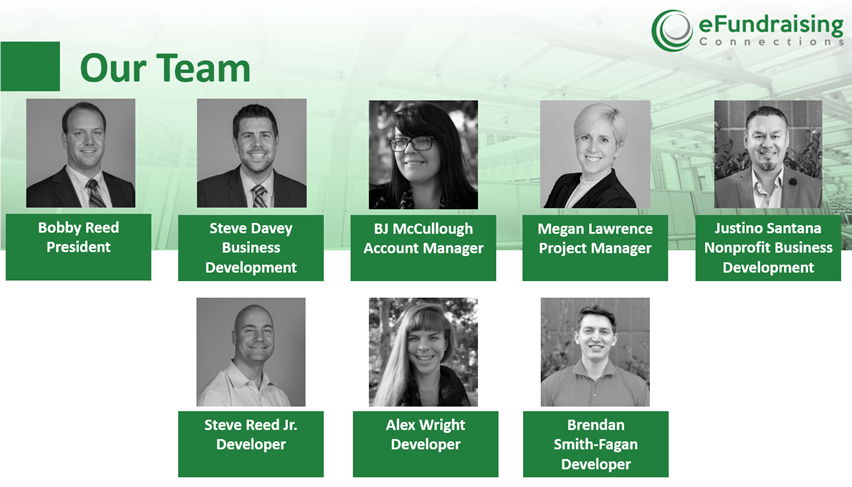 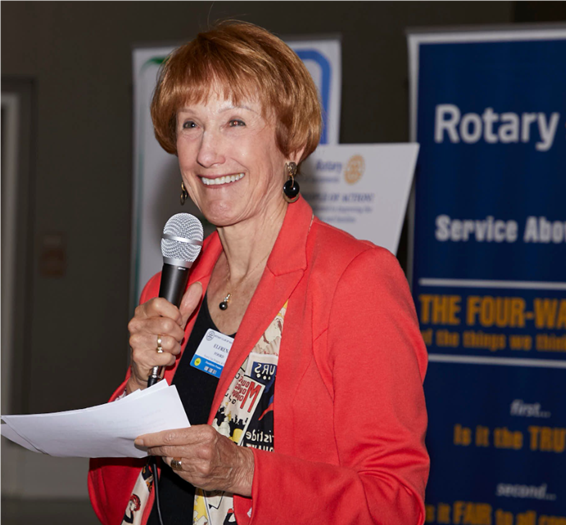 Our Rotary Spotlight was once again authored and presented by our own ELFRENA FOORD (Arata Brothers Trust.)  Today she shined the light on four (4) very special Rotarians.
JON SNYDER
9/20 birthday
34 years in Rotary 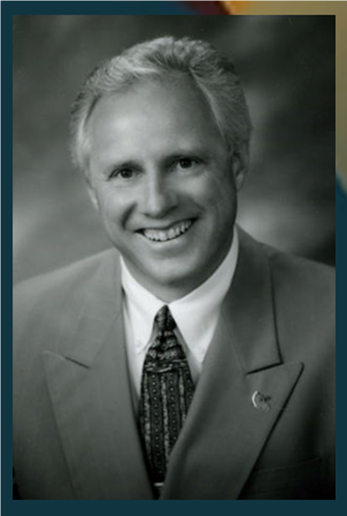 JON is a committed Rotarian.  It’s not just that he was President 19 years ago, was chair of our Club’s 100th anniversary, and chair of our Bids for Kids fundraiser twice.  He’s had perfect attendance at weekly Rotary meetings for 30 years!!
JON has been working in commercial real estate for 40 years.  He completed one of the region’s largest single lease transactions for the Ziggarat Building.  319,000 square feet to the State of California.  He owned a statewide brokerage firm, Schneider Commercial Real Estate for nearly 20 years.
JON’s hobbies are golf, making stained glass windows, and collecting cars.  He even built his man cave to house his 10 vintage American and foreign cars.
Fun Fact:  JON is a singer of Barbershop music and took 2nd place in an international competition.  He has sung at the San Francisco Opera House, Sacramento Music Circus, the Flint Center in San Jose, and the really big one – the foyer of Carnegie Hall where the janitor was standing by and he seemed to enjoy JON’s singing.
JIM OLSON
9/24 birthday
41 years in Rotary 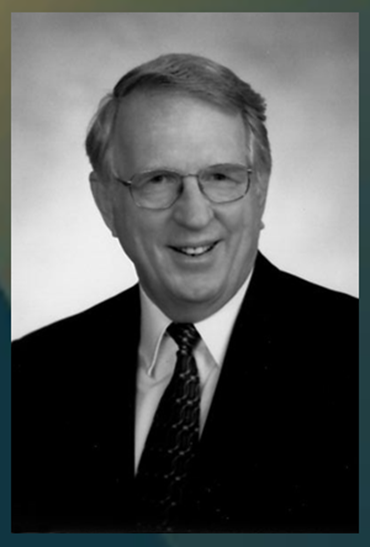 When JIM graduated from high school, he and his friend decided, like all wise high school graduates, to ride their bikes across the country from California to New York.  And they enjoyed two months on the road.  After graduating from Cal Berkeley, Jim joined the Air Force for 4 years as a Missile Launch Officer. During this time, his crew launched a Minuteman missile (fortunately without a nuclear warhead) at Vandenberg Air Force Base.
JIM had a 20-year career as a CPA with Ernst and Young.  He then became a Financial Officer for the California Dept of Water Resources. The 2001 energy crisis hit and Jim headed up his agency’s job to issue $11 billion in bonds. It was a big, exciting job that he had fun doing and a great finish to his career. JIM has been retired since 2007.
Fun Fact: JIM and his wife Mary Ann both went to Cal Berkeley and met over a keg of beer at a fraternity-sorority exchange. The beer worked as they have been married for 55 years.
MIK MIKLAUS
9/26 birthday
44 years in Rotary 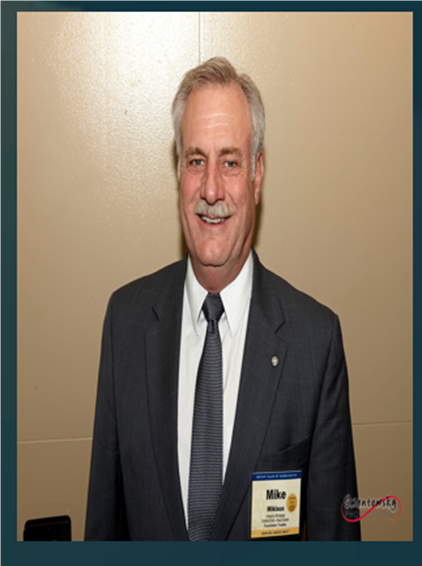 MIK MIKLAUS arrived in Northern California on his 25th birthday to take a job as the Regional Vice President of a savings bank.  After years of banking experience, MIK started Integrity Mortgage in 1997 and this year is celebrating his 25th anniversary in business.
When he was  29, MIK joined our Rotary Club.  8 years later, MIK chaired our Bids for Kids fundraiser and it was the first time the event grossed over $100,000.
MIK has many hobbies.  He has been umpiring baseball for years and is at a level where he has even umpired 6 games for the River Cats.
He loves cooking and can cook Steak Diane tableside, just like in a restaurant.
Fun Fact:  MIK has lots of speaking experience starting when he was on his high school’s speech and debate team.  When he was attending Orange Coast Community College, this team excelled and MIK was ranked 3rd in the country, even beating Harvard speakers. So no surprise that he has been a guest on KFBK radio shows and was an Auctioneer for years on KVIE TV.
TIM MATTHEIS
9/25 birthday
9 years in Rotary 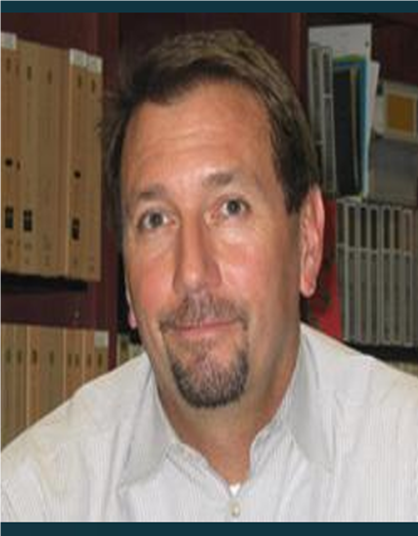 In 1978, TIM started as an intern at WMB Architects. His title? Blue Print Boy.  12 years later he became a shareholder and now, after 44 years there, he is the Vice President of the firm that is celebrating their 50th year in business this year.
TIM joined Rotary in 2013, the first year of the Sac Century fundraiser.  He jumped right in as a new Rotarian and all 9 years since has done so much to make the event successful.
Thank you, TIM!
Fun Fact:  TIM is an accomplished artist which he does to relax and have a creative outlet. He enjoys traveling with his backpack full of art supplies so he can paint in scenic outdoor spots.  He has painted in France, Italy, Spain, Croatia, Greece, and across California. 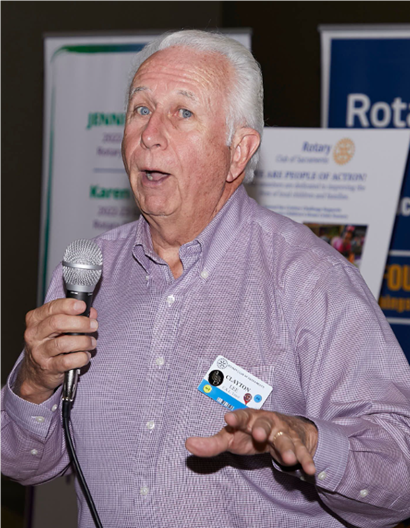 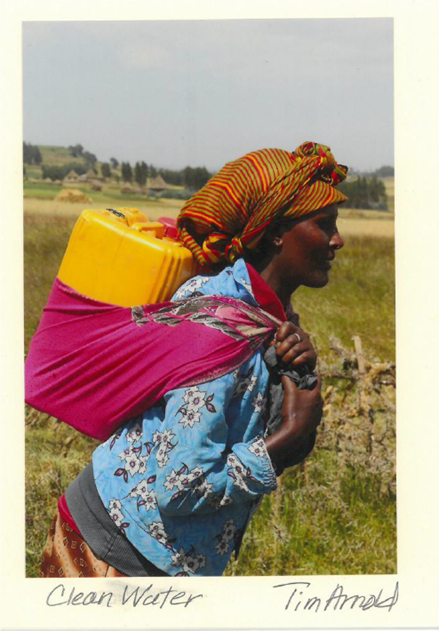 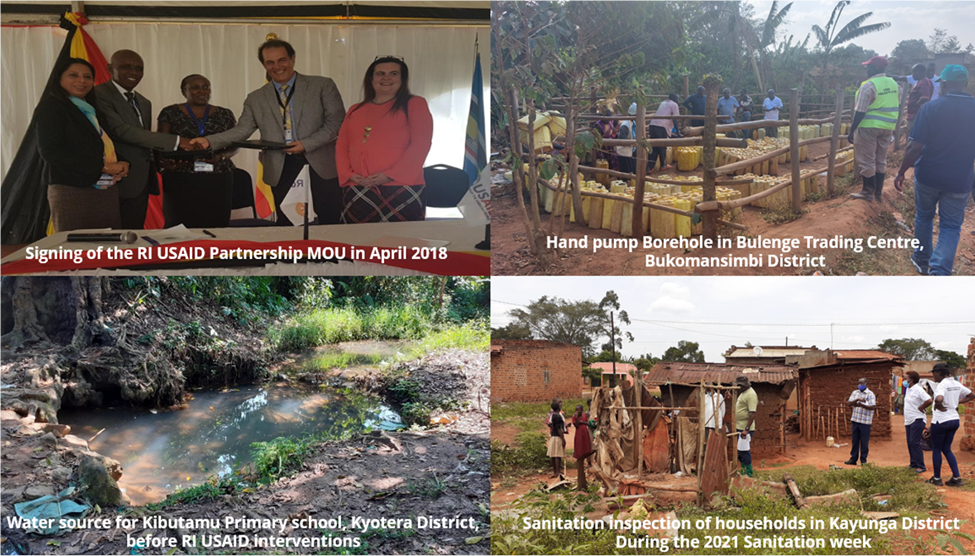 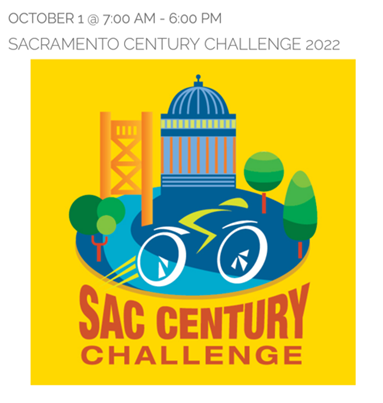 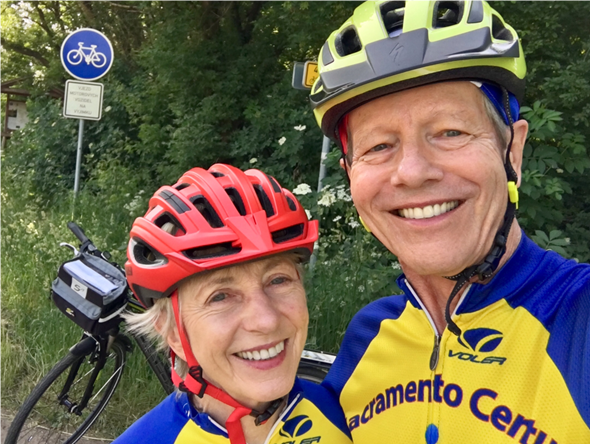 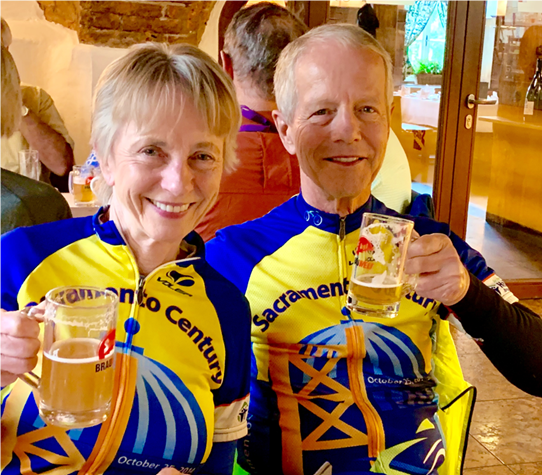 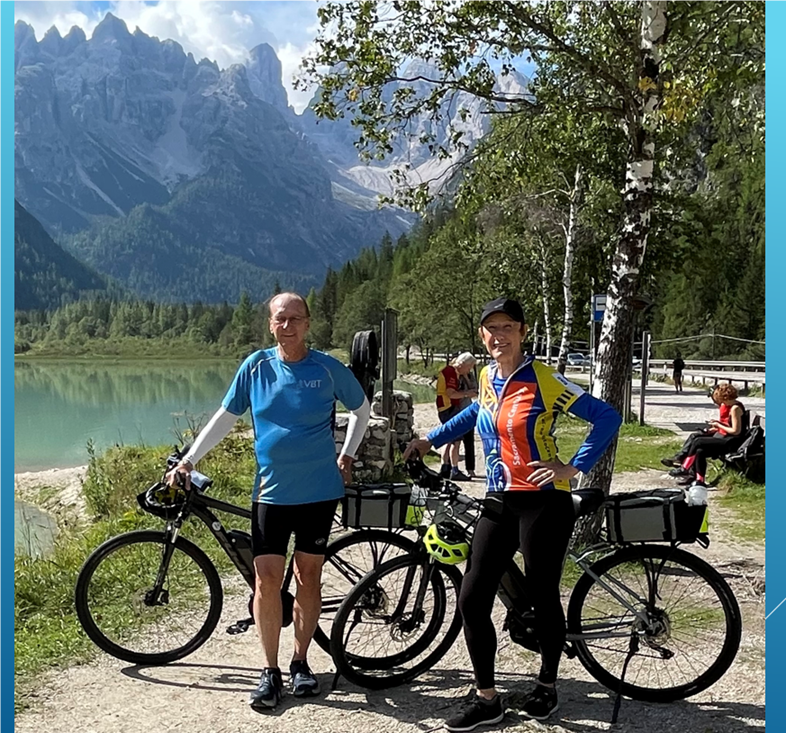 ELFRENA FOORD (Arata Brothers Trust)  and BRUCE HESTER (Colliers International) hard at work recruiting Sacramento Century Riders in the mountains of Italy…
Boards” which will better describe pictorially the impact Downtown Rotary has on the community. The theme of each impact board is “We are People of Action.” THERESA completed the first of 4 impact boards which is below. Three (3) more are in process. You will also see the creation guides that THERESA is using for the next three (3) boards. GREAT JOB THERESA! 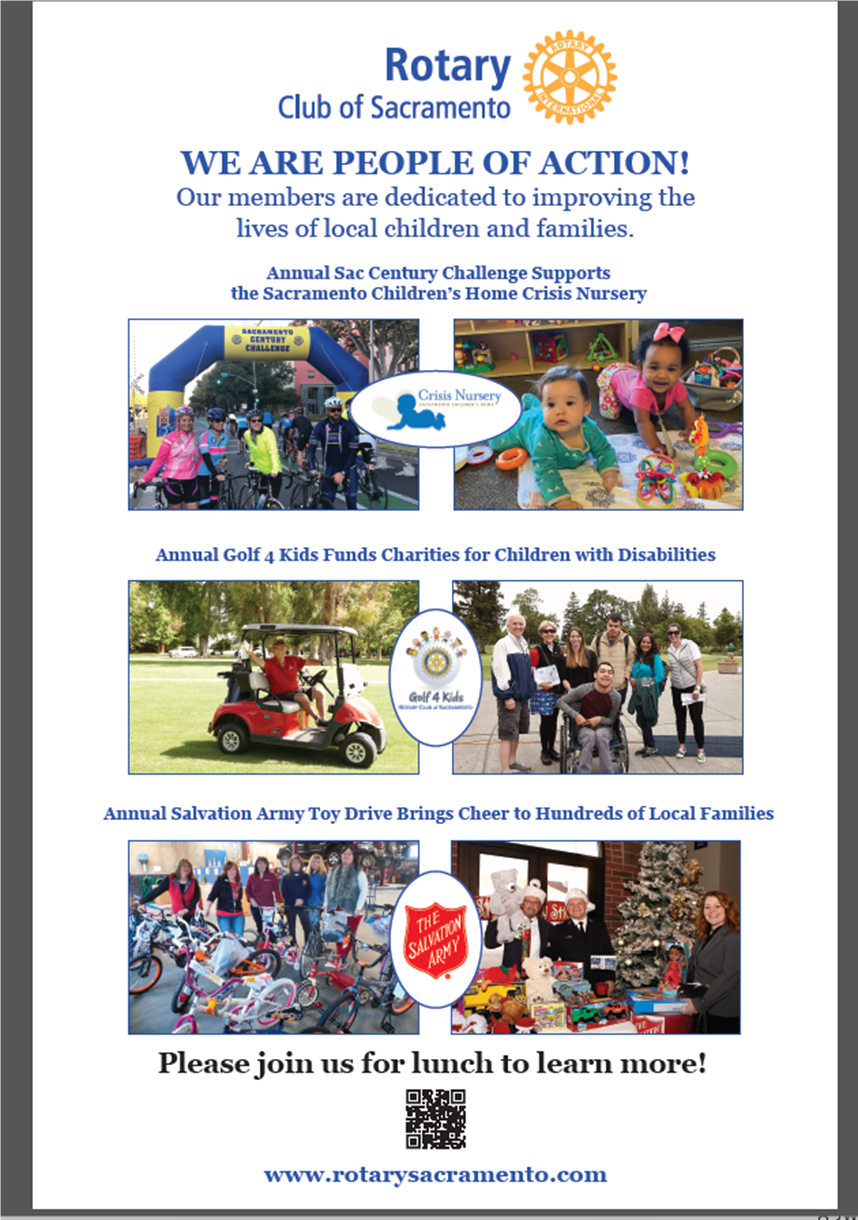 Bonn Lair 4:30 informal fellowship time
Beer, wine, cocktails, Rotarians – KEVIN may be on to something here, cheers!
Good news but help is needed……
Good news, in addition to the cadets from the Sac PD, we’ve got about 15 students from the Interact Club that PAUL KEEFER (Pacific Charter Institute) started at the Pacific Charter Institute….thank you PAUL!!!
BUT WE STILL NEED ADDITIONAL VOLUNTEERS-
9-20-2022
9-19-2021
Current Categories
This year’s event on Saturday, October 1st….there is still time to register to ride, walk, swim, hike, run or kayak to help the Sacramento Children’s Crisis Center.
SPEAKER INTRODUCTION
AG TOMMY gave us a little personal information on DISTRICT GOVERNOR KAREN CENDRO. 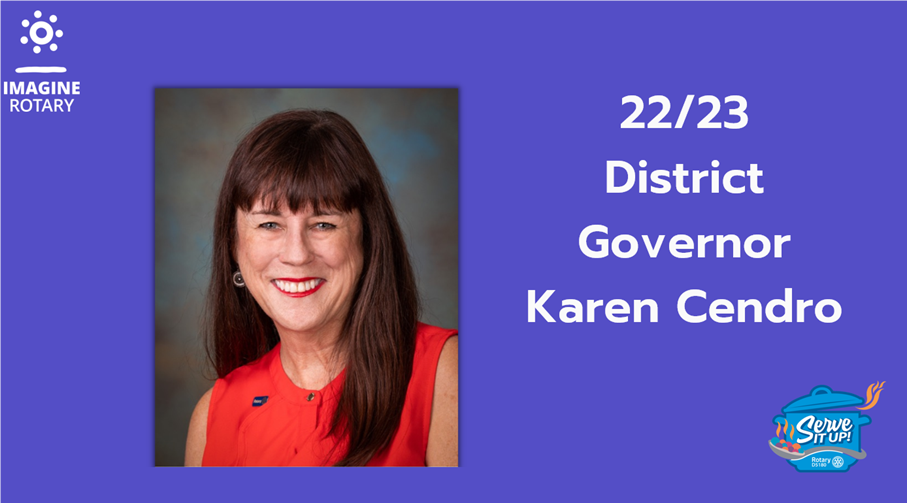 KAREN CENDRO had her Rotary moment before she became a Rotarian. Husband MIKE had been a Rotarian for about ten years and was President-Elect of Point West Rotary. This meant attending the RI Conference in Bangkok. During the trip, they had the opportunity to participate in a water project in a small Cambodian village. That day changed how KAREN saw the world. She was inspired by the cultural differences and comforted by the things in life that are consistent across cultures. The young children of the village were riding bicycles with straws in the spokes just like we did with baseball cards back in the day.
Upon returning home, KAREN immediately joined Rotary. Passionate about working with youth, the Rotary Youth Exchange program felt right. She served as the Youth Services Chair for her club and the RYE District Outbound Coordinator. KAREN and family have hosted students from Japan, Italy, Bolivia, Brazil, and Peru.
KAREN served as President of the Rotary Club of Laguna Sunrise in 2018-2019. During her term, the club focused on at-risk youth. Thinking out of the box, the club created a community-based interact club at their local Teen Center.
KAREN and her family live in Elk Grove, California where they enjoy cooking, gardening, golf, and friends. KAREN and MIKE’s son, KEVIN, a RYLA alum, graduated from Regis University in Denver, Colorado in 2021. MIKE and KAREN, recently sold their janitorial franchising business and now have more time to be passionate Rotarians.
Rotarians in attendance each received the highly sought and rare “Serve it up, Pin.”

SPEAKER
KAREN congratulated our club for the many successes of our key projects. These include the Sacramento Century, Golf for Kids, our excellent Young Professionals, and our global water projects.
The focus of GOVERNOR KAREN’s presentation was the ever-growing problem of food insecurity in our community. Her serve it up collectors pin is devoted to that message.
She discussed a few solutions or alternatives……
She announced the beginning of the Food Initiative Project.
And that our own SUSAN SHERIDAN, ESQ. will be the Top Chef for our club.

She announced the dates for our next district conference…..
She noted that history was made with the appointment of our first lady to serve as the Rotary International President.
KAREN challenged us all to rethink how we imagine Rotary. 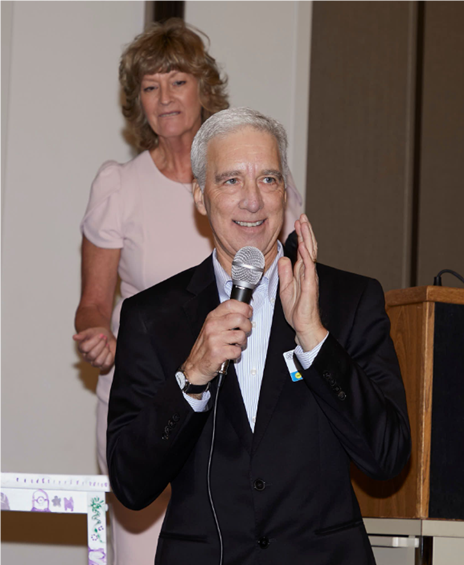 JOHN WOOD’s final joke was censored due to adult content!
NEXT MEETING: NFL Referee Pete Morelli
During his 16-year career as a National Football League official, threw his yellow flag hundreds of times. But he is probably most remembered for having been the victim of an angry fan, who threw a rock through the living room window of his Stockton home after a controversial missed call in a 2006 game between the Colts and Steelers. PETE MORELLI, who recently retired as after years as a teacher and administrator at St. Mary’s High School, officiated more than 300 NFL games and assessed more than 18 miles of penalty yards, will be our guest speaker next Tuesday (noon at the Annunciation Church). You won’t want to miss it. Be sure to keep an eye out for the RSVP email—and bring a guest.
UPCOMING MEETINGS AT A GLANCE
09/27/2022 –Speaker PETE MORELLI/NFL Referee
Pete Morelli – Wikipedia
10/04/2022 – Dark
10/11/2022 – SAC CENTURY THANK YOU- Keep pedaling!
10/18/2022 – Speaker GIULIANO KORNBERG/ SAC Regional Performing Arts Alliance
Click here for GUILIANO KORNBERG LinkedIn Profile