Rotary Meeting: June 15, 2021
Introduction:
PRESIDENT KEVIN SMITH-FAGAN called us to order on the same day that California “opened” for business! No masks, just smiling faces! California made one giant step towards normality and allowed Rotarians to gather without the prerequisite of having to provide proof of vaccination or wear masks. Ah! Regularity, what a simple but greatly appreciated pleasure.
If you’re wondering what to do next in response to the newly lifted mask mandate, CLICK HERE for a sense of clarity.
To read the latest State Public Health Officer Order of June 11, 2021 and get an in depth description of current guidelines click HERE
To all the Rotarians who helped make Tuesday’s meeting possible, a big thank you! Special thanks to CHRIS ANN BACHTEL, TOM BACON (Senior Vice President of Bacon Commercial Real Estate), and TED WHITE (President of Sacramento Delta Property Management), for making us all feel welcome as our greeters; and to MARK LUHDORFF (Chief Financial Officer at IMD Path) for providing melodic entertainment on the piano; DEE HARTZOG (Retiree of Weintrab Genshlea Ohediak) for sponsoring the delightful wine reception; KEVIN WILLAIMS (Chief Sponsorship Manager of KVIE) and DEE HARTZOG for pouring the wine; JOHN GORALKA (Founder of The Goralka Law Firm) for documenting the days assembly as the Pulse Reporter; and last but not least, JOHN WOOD (Principal of McGee and Thielen Insurance Brokers), our other weekly scribe, who alerts us of upcoming meeting topics.

Thought for the Day:
KATHY HERRFELDT’s (Owner at Home Care Assistance) thought of the day was especially appropriate because our guest speaker’s topic is mental health. KATHY described how much the pandemic has affected the mental health of the senior community, in particular. KATHY presented this thought of the day as a tribute to their resilience, an acknowledgement of their fear, and an expression of hope for a brighter future for senior citizens.

“To the seniors in our community, I see you struggling and holding on. I see you frightened by the changes around you that you don’t understand. I hear your frustration when what you want today is no longer possible. Please know it’s not your fault and believe me when I say it’s not mine either. We are making it back to a world that was forever changed, and yet, you soon will be the wisest most respected person at the party”
– KATHY HERRFELDT
KATHY also gave us a laugh with a shorter and particularly relevant quote for many of the Rotarians in the room:
“I’m very sane about how crazy I am.”
– Carrie Fisher
Club Announcements:

For those of you looking for ways to train, DAVID also shared a cutting-edge cycling training and skills video especially geared to riders seeking to prepare for the Sac Century Challenge. SUSAN SHERIDAN (Sheridan Law Corporation) wisely suggests that those participants using the BRANDENBURG training and skills video provide a long form medical disclaimer of Rotary liability… CLICK HERE to view the training video. 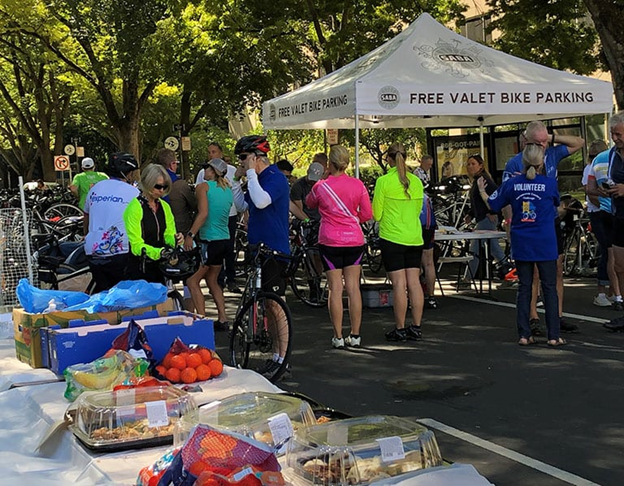 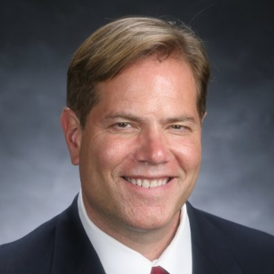 JOHN MCINTYRE (Chief Philanthropy Officer of Mercy Foundation) introduced our guest speaker DR. SCOTT ZELLER who provided an important presentation on the potential 4th Waive of COVID (click here to view power points), which is the looming mental health crisis. DR. ZELLER is the Vice-President for Acute Psychiatric Medicine at CEP America and past President both the American Association for Emergency Psychiatry and The Nation Coalition on Psychiatric Emergencies.

DR. ZELLER explained that for the past 10 years before the pandemic, California and the rest of the country was already amid an advancing mental health crisis. This trend was identified from statistics on suicidality. Suicidality refers to when people go to an ER because they are feeling suicidal, because they had attempted suicide, or other suicide related ER visits. In the past decade alone, the number of people going to the ER for suicidality rose 400 percent.

CLICK HERE to view slides for his
Many may feel as though COVID’s impact is coming to end. However, experts and practitioners in the mental health industry are increasingly concerned with what is now referred to as “the Fourth Wave” of the pandemic. The Fourth Wave being the mental health crisis. The concern continues because often the effects events have on mental health don’t show up until after the fact.
Once the pandemic began, we saw the number of people with depression or anxiety substantially increase. Anxiety and depression rates rose from 11 percent to a whopping 41 percent. To put that into perspective, that is about 2 in every 5 people.
Risk factors for suicidality may increase depending on what demographic you belong to. Prevalent risks are with people ages 15-24 who tend to be more impulsive. Suicide now the second leading cause of death within people ages 15-24. Suicide is also more prevalent in widowed or single males over 60. Women make more suicide attempts, but men’s suicide attempts are more lethal. Men are more likely to kill themselves than women. Consider these statistics when looking for signs of suicidality in other people.
Worrying signs of suicidality include increased use of alcohol or drugs, searching online for suicide methods, withdrawing from activities, isolating from family and friends, visiting or calling people to say goodbye, and giving away prized possessions. An emphasize is put on giving away prized possessions because this is perhaps the most pathognomonic indicator of someone who has already decided in their mind that they are going to end their life.
Equally as important is to be aware of agents that may help reduce risk. Starting summer 2022, there will be a newly implemented suicide hotline number. The number will be shorter than the current number making the contact number easier for people to mentally retain. The number “988”, resembling the emergency assistance number format of “911”, will be a national hotline for help to prevent suicide. Until that change of easement, the current number for the suicide hotline is 1-800-273-TALK.

There is constant innovation to improve the experience of mental health patients. EmPATH units, pioneered right here in our very own Sacramento County, are Emergency Psychiatric Assessment Treatment Healing Units (“EmPATH”). These are specialized Psychiatric UCIs located right next to emergency rooms that patients can move to after they have been medically cleared to do so. These are more comfortable environments for psychiatric patients to be held in because EmPATH units are wide open spaces in which patients can roam rather than being confined to a small room. This treatment is truly revolutionizing the quality of care received by mental health patients and we are proud to say it’s implementation began in Sacramento County!
What’s Next?
If you didn’t make it to the June 15th meeting, don’t fret! We have a recording of it for you to watch HERE.
Not only that, but there’s still a chance to make it to the next one!
On June 22, 2021, from 12:10 PM – 1:30 PM, we will be meeting at The Annunciation Greek Orthodox Church. Our guest speaker of the day will be ARVIN MAGUSARA, Cofounder and CEO of Polyn8 Inc., an information tech company focused on developing innovative blockchain-based solutions to societies most challenging problems. He will be captivating us with a lecture on Cryptocurrency. See you next week!
Upcoming Rotary Club Meetings at a Glance:
YEAR IN REVIEW
INSTALLATION- PE Bob Miller (Farewell Kevin Smith-Fagan!)
Speaker: Carrie Ellinwood- U.S. Small Business Administration