Rotary Meeting, June 28, 2022
It was applaud until you drop day at PRESIDENT BOB MILLER’s last meeting. MILLER (First US Community Credit Union) named as many members as he could and thanked them for making his term such a success. Our members clapped back and bid him farewell with a standing ovation. 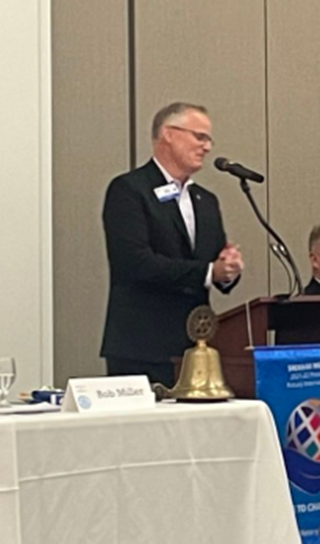 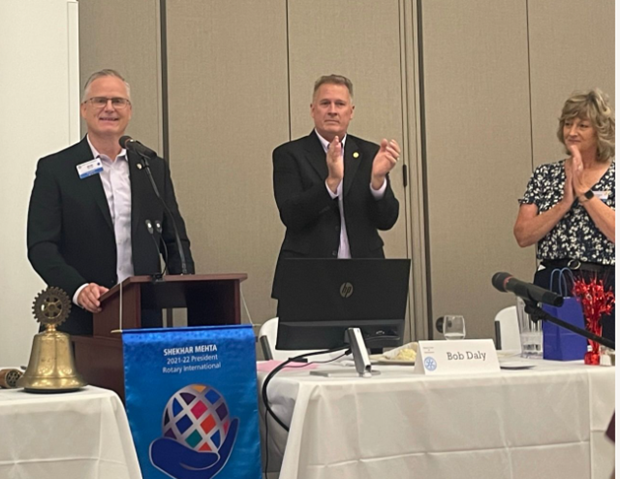 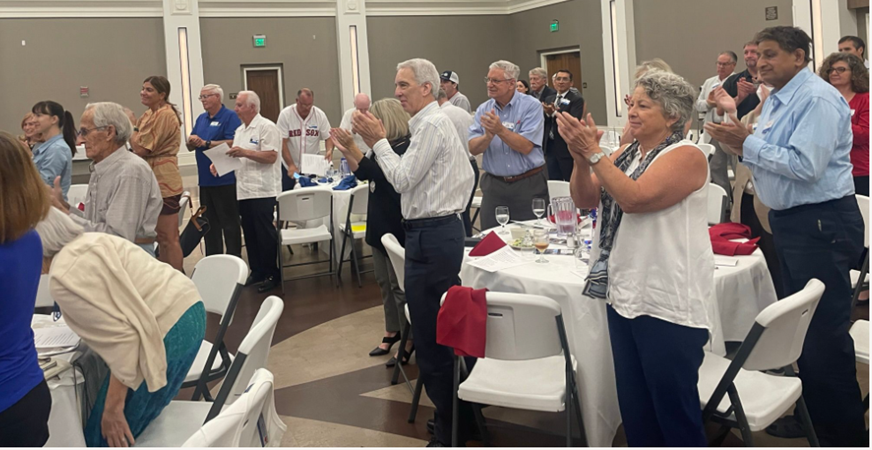 Greeters ED WRIGHT (Managing shareholder of Martensen Wright Law) and PAST PRESIDENT WES YEE (Yee Dental Care) welcomed members to a room patriotically decorated with everything from napkins to table-toppers colored red, white, and blue. Miller led an enthusiastic Pledge of Allegiance.
Photos were taken by Sarah Hodge and other members since JOHN SWENTOWSKY (Swentowsky Photography) was on vacation. ANN SOLOMON (Regional Director for Western North America, University of Auckland) served up the wine and then gave the Thought of the Day on wine. She quoted ROBERT MONDAVI who said, “Making fine wine is an art.” As meeting sponsor, she then donated her time to CORINNE MARTINEZ of Berryessa Gap Winery, who donated the wine for the reception. 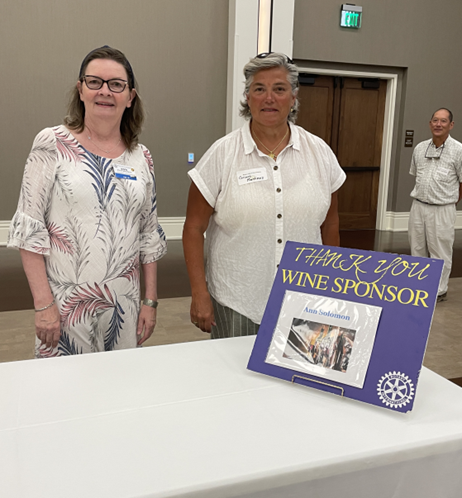 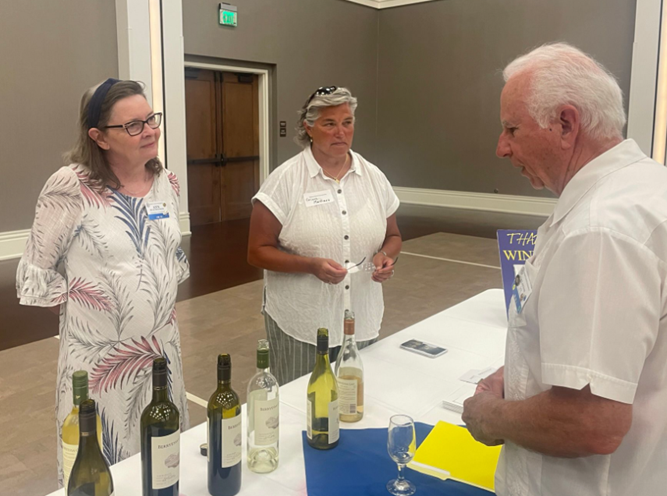 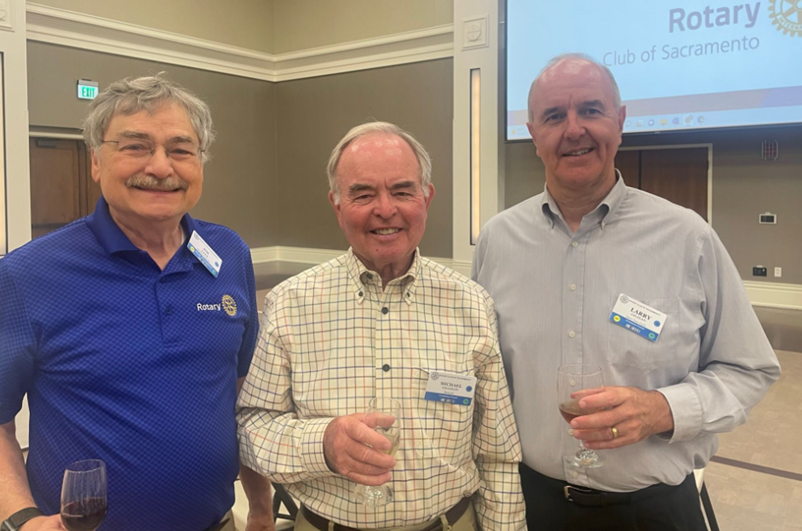 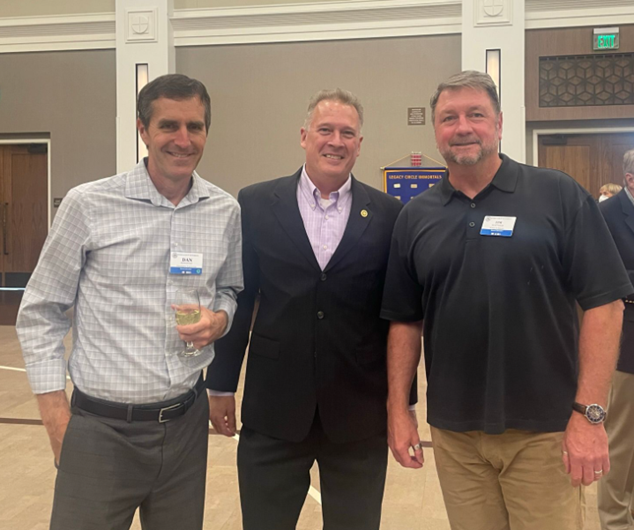 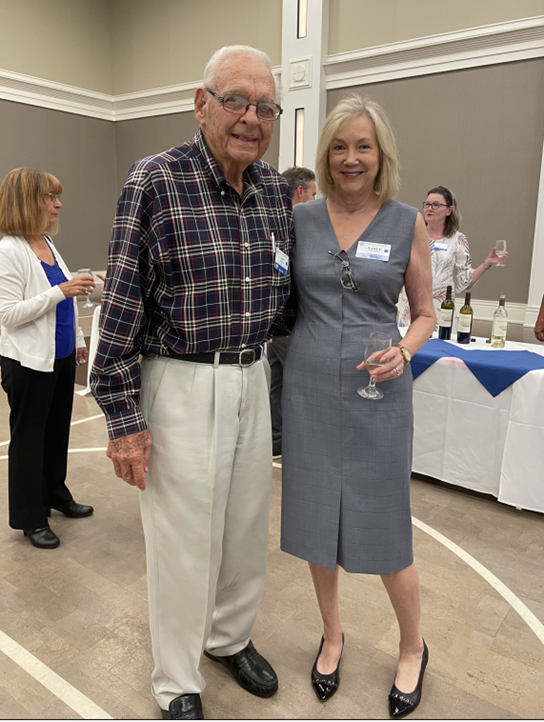 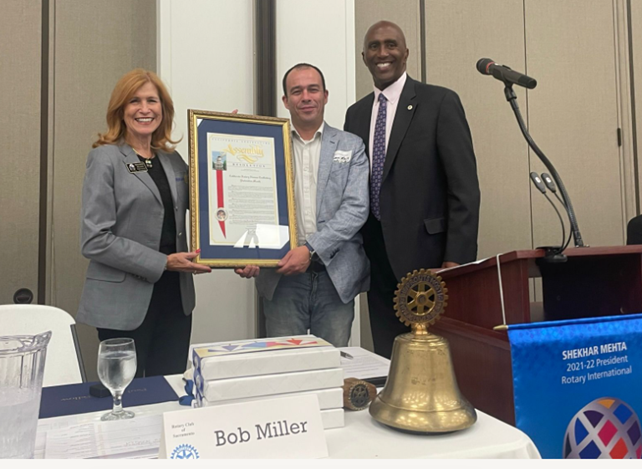 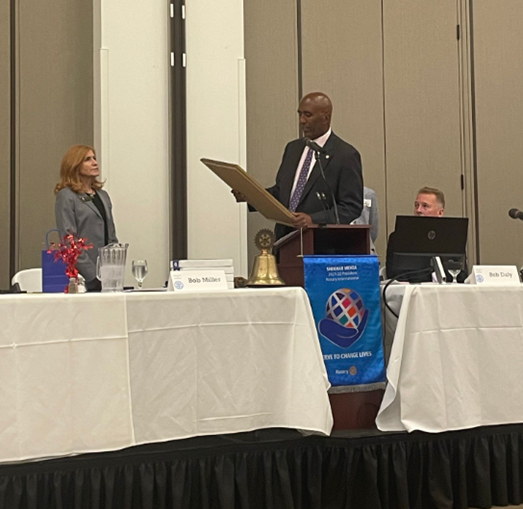 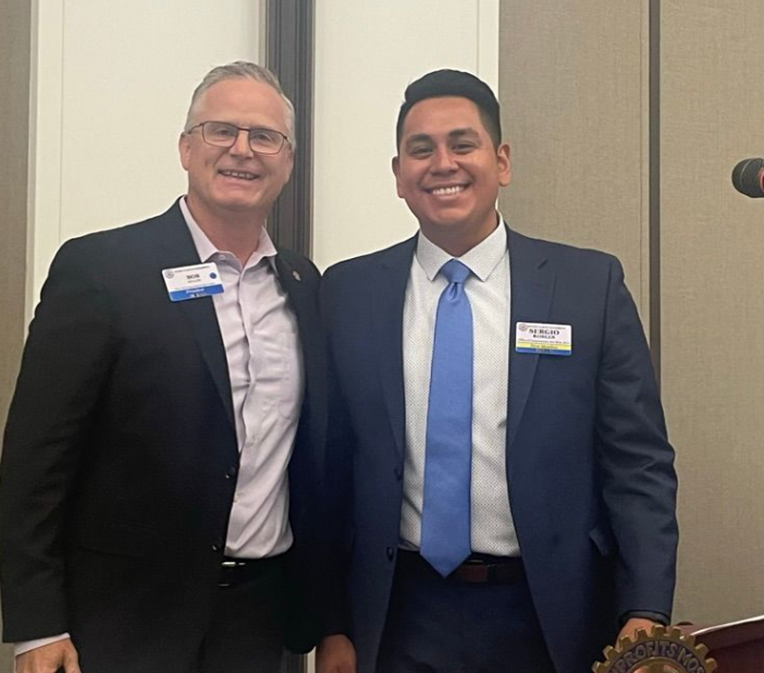 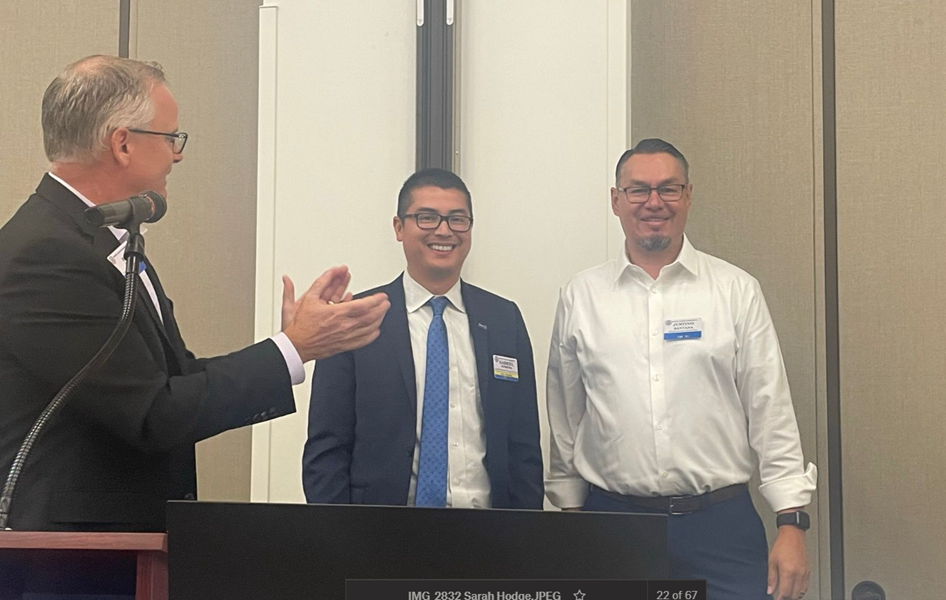 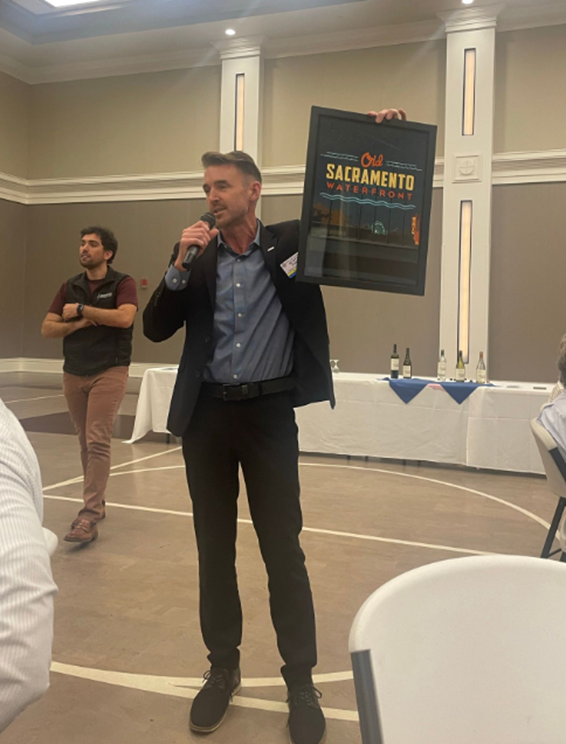 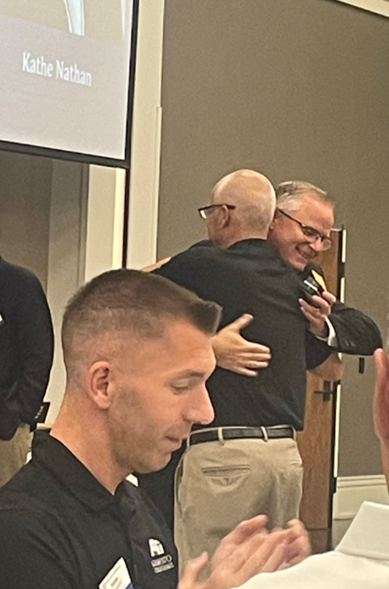 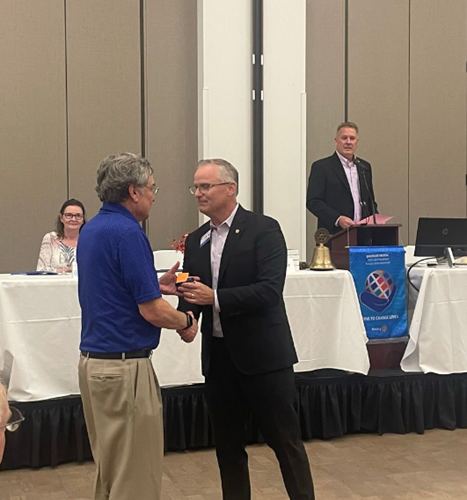 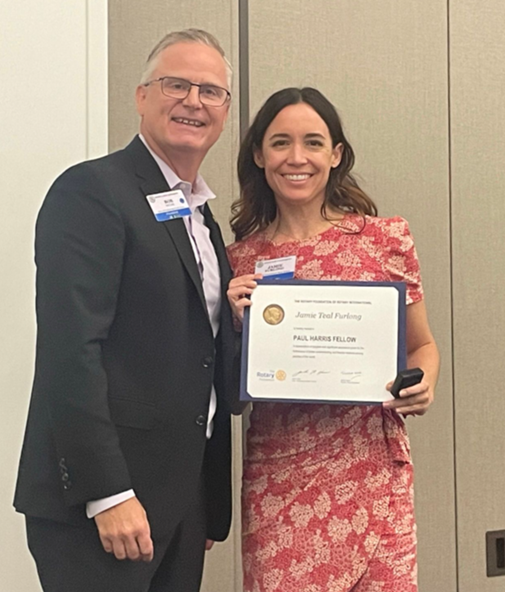 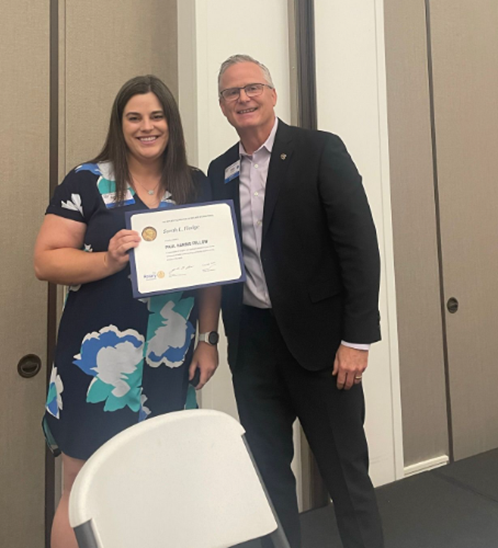 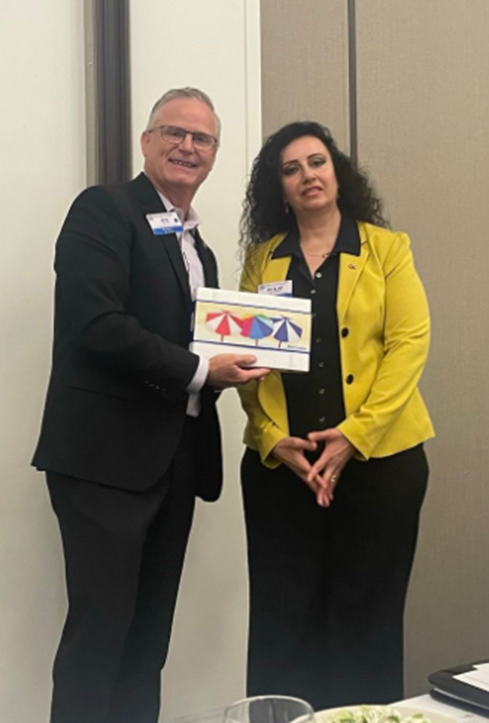 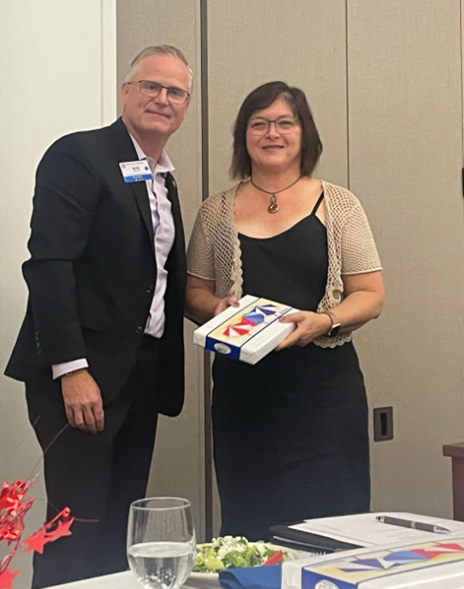 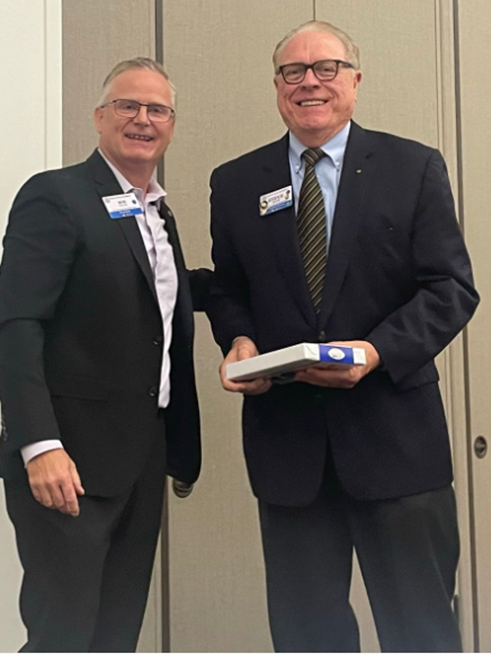 A slide presentation acknowledged the recognitions of club events which benefitted the community including:
Sac Century Challenge, $92,500 for the Crisis Nursery.
Golf 4 Kids, $29,000 for area schools.
Nine scholarships totaling $19,525.
Community grants of $20,000 were given to 14 organizations.
The Old Sacramento Waterfront sign received $25,000 raised by the Young Professionals.
Committee chairs acknowledged included:
The Blood Drive: (remember KATHE NATHAN (retired banking) and Sharna Braucks (YMCA) in their vampire capes)
Brown Bag Day: SARAH HODGE (Association of California Water Agencies)
Family Day: ALLISON CAGLEY (Friends of Sacramento Arts)
Greeters: TED WHITE ((Residential property management)
The Jean Runyon Award: KATHY HERRFELDT (retired Home Care Services)
Sponsor of the Day: KATHE NATHAN and MEGAN WYGANT  (Clara Center)
Thought of the Day: KELLEY MORAN (Public Relations) and NANCY TEICHERT (Writer)
Wine Reception: KEVIN WILLIAMS
Rotary Fellows: PAST PRESIDENT DIANE MIZELL and PAST PRESIDENT WES YEE
RYLA: PAST PRESIDENT THOM GILBERT (Gilbert CPAs)
Sac Century Challenge: PAST PRESIDENT SUSAN SHERIDAN (Retired attorney) and DAVID BRANDENBURGER (Real Estate)
Scholarships: NANCY SMITH-FAGAN and PAST PRESIDENT DIANE WOODRUFF
Service Above Self: Kelley Moran
YIP: ERIC SOLIS
RYE: PAUL KEEFER
Community Grants: CHRISTIE HOLDEREGGER
Audit Committee: LIZ MCCLATCHY (Nonprofit)
Photography: JOHN SWENTOWSKY
Programs: SARAH HODGE and KERRY WOOD
Pulse: JOHN GORALKA (Goralka Law Firm)
Membership: PAST PRESIDENT PETER DENNENFELSER
Golf 4 Kids: BOBBY REED
Loaves and Fishes: JOHN SWENTOWSKY and VIRGINIA WADE
ISC Committee: CLAYTON LEE (Real Estate)
Speech Contest: DAVID BRANDENBURGER
Toy Drive: PAST PRESIDENT JIM LEET
Compassion: STEVE HUFFMAN (Historical Associations)
Old Sacramento Waterfront sign: YOUNG PROFESSIONALS
“All Rotarians are amazing,” conceded outgoing PRESIDENT BOB, who thanked his wife
MARINA for all her support. “It has been an honor and privilege. We still have so much to do. We will continue to make a difference.”
The club’s board honored PRESIDENT BOB, who is an avid Dodger fan, with their own salute to him with a song sung to the tune of Take Me Out to the Ballgame.
Take BOB out to the ball game,
Take HIM out with the crowd;
Buy BOB some peanuts and Cracker Jacks,
We don’t care if HE never gets back.
So, let’s root, root, root for BOB’s home team,
If they don’t win, it’s a shame.
For it’s one, two, three strikes, you’re out,
At the old ball game.
Today is BO-OB’s last meeting
As Pres-i-dent of our club
He will need some time to relax
Whose to say if he’ll ever come back?
So, let’s root, root, root for BOB MILLER
A stel-law job he has done
So it’s one, two, three shouts out loud
For our PRES-I-DENT BOB!! 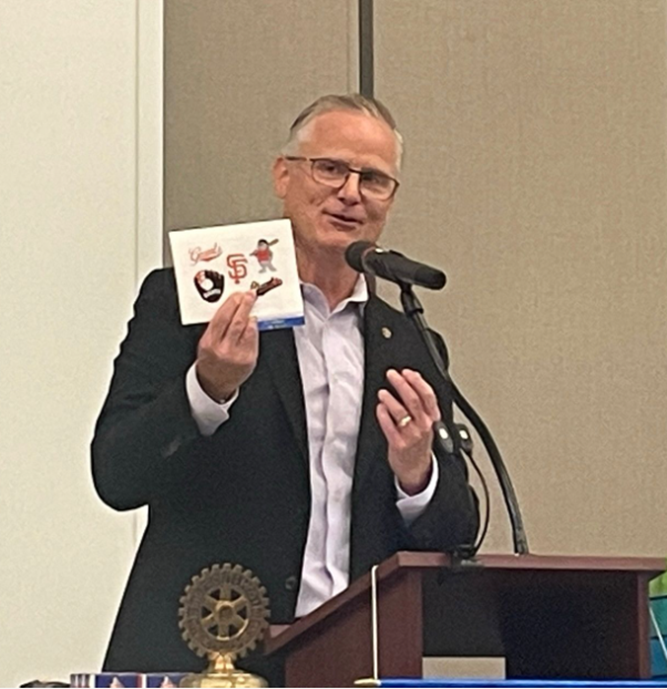 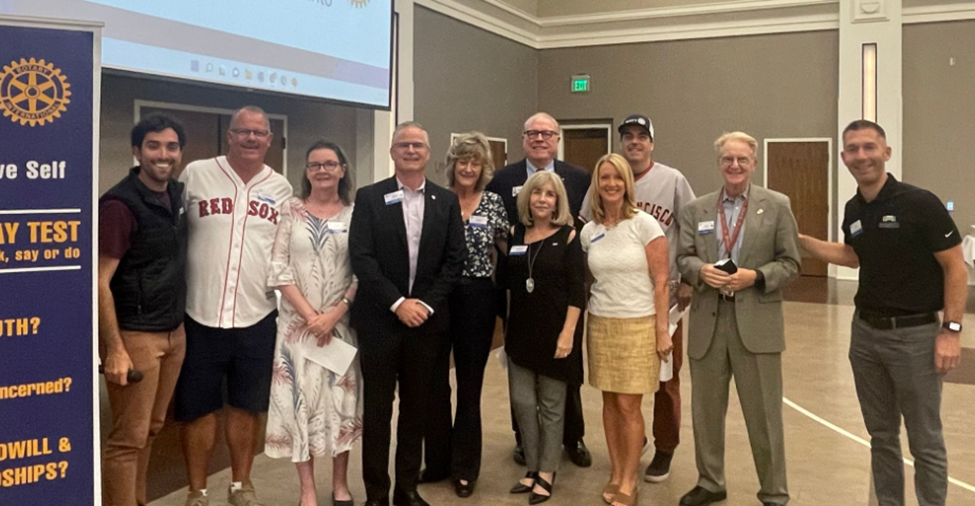 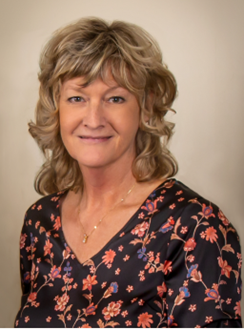