President Diane Woodruff welcomed all to the strains of Kool and the Gang’s “Celebration,” and gaveled the meeting to order at 12:09 pm. She reminded us that Rotary was started to do good in the world and encouraged us to do so.

With sadness, President Diane shared that two past members passed away over the holidays, Past President Bob Crawford (a 44-year member) and Jim McColm (a 16-year member).  The club offered a moment of silence.  Funeral information will be forthcoming. 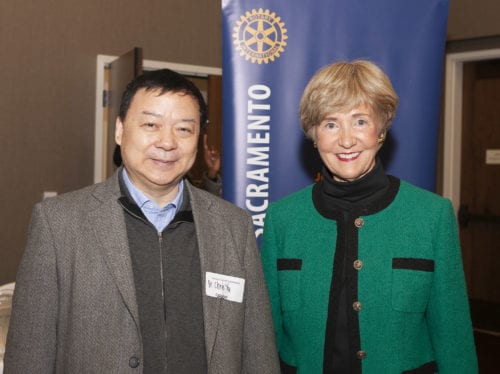 Introducing the day’s guest speaker, Past President Dr. Wes Yee (Yee Dental) noted that cancer remains a huge medical challenge, which is what engaged his interest in the work of Dr. Chris Yu and Anpac Bio. Dr. Yu is a pioneering inventor with 300 patents to date, with 100+ at Anpac Bio alone.

Dr. Yu, the head of Anpac Bio, an emerging Sacramento-based firm, shared a story of a conversation he’d had with a colleague who noted that identifying cancer through early screening would help to address a persistent and expensive health challenge. Dr. Yu said he accepted that challenge. He shared that Anpac Bio’s screening tools now detect 28 different cancers, typically detecting before they even become cancer or even take pre-cancerous shape.

Anpac Bio, he reported, tested and identified 2,200 individuals whose tests suggested they could potentially have a cancer issue. 450 of these otherwise healthy individuals received a confirmed cancer diagnosis via biopsy – catching cancer much earlier than it would otherwise have been.

Dr. Yu noted that Anpac Bio’s aim is not just to cure cancer, but rather to pre-identify and therefore prevent potential cancer afflictions. Dr. Yu asserted that every $1 spent on screening saves $8 over time in healthcare savings. His firm’s screening is not yet available in the US, as it awaits FDA approval. Trials are now underway in China and should begin in the US soon.

Anpac Bio is also working on veterinary and pediatric tools, as well.

Meeting sponsor Past President Dr. Wes Yee yielded his time to the California State Railroad Museum for which he is a board member. He introduced fellow club member Cheryl Marcell, Executive Director of the Railroad Museum Foundation. Cheryl provided an update on new moves at the museum, including a new corporate membership, noting more than 500,000 people visit the museum annually, which makes investment there a great potential marketing opportunity. 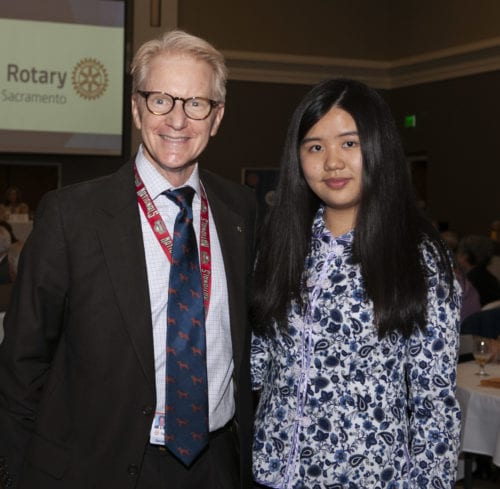 John McIntyre introduced Rotary Youth Exchange Student Ding Zi-Ling (who prefers to be Anita Ding, while here). Anita provided a charming introduction of herself, as well as introducing her home country of Taiwan. She concluded by offering chopsticks as her gift to any interested members (of which there were many takers).

Let’s educate someone! President Diane called upon the following for attention:

Callee Setzer (Setzer Forest Products) and Kathe Nathan (Merchants National Bank) exhorted members to be part of the club’s big Blood Drive push next week (January 14). You can book a blood donation appointment here – https://www.bloodsource.org/mybloodsource/Welcome?returnurl=%2fmybloodsource. When you donate, use code 6569 at Vitalant so our club is credited for the donation. 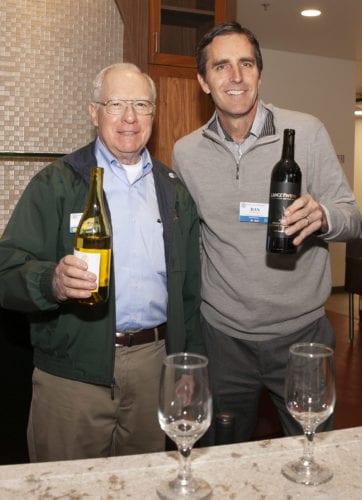