OUR NEXT SPEAKER HAS
A FAMILIAR LAST NAME
There is no Rotary meeting on January 17th because we will be honoring the legacy of Dr. Martin Luther King, Jr. When we reconvene on January 24th, our guest speaker will be someone whose last name also was often in the national spotlight in the turbulent 1960s.
COMMITTEE ANNOUNCEMENTS
Committee chairs and project leaders: In addition to announcements at our weekly meetings, you can now make brief announcements through Pulse. The deadline for announcements for the next edition of Pulse is Tuesday, January 24th. Items should be no more than 50 words. Email them to Steve Heath at steve@rotarysacramento.com.
LAST WEEK’S MEETING:
HE USED THE “R-WORD”
Recap of the January 10th, 2023, Meeting
Reported by Jim Culleton
FEATURED SPEAKER
Past-President JOHN FRISCH introduced our speaker, fellow Rotarian MIK MIKLAUS. John, himself a long-time real estate industry pro, said the Mik has forgotten more about real estate than some of us will ever know! Mik joined Rotary Club of Sacramento in 1979. He started in the mortgage brokerage business in 1972. 25 years ago, he started his own company. He has eight children and eight grandchildren. 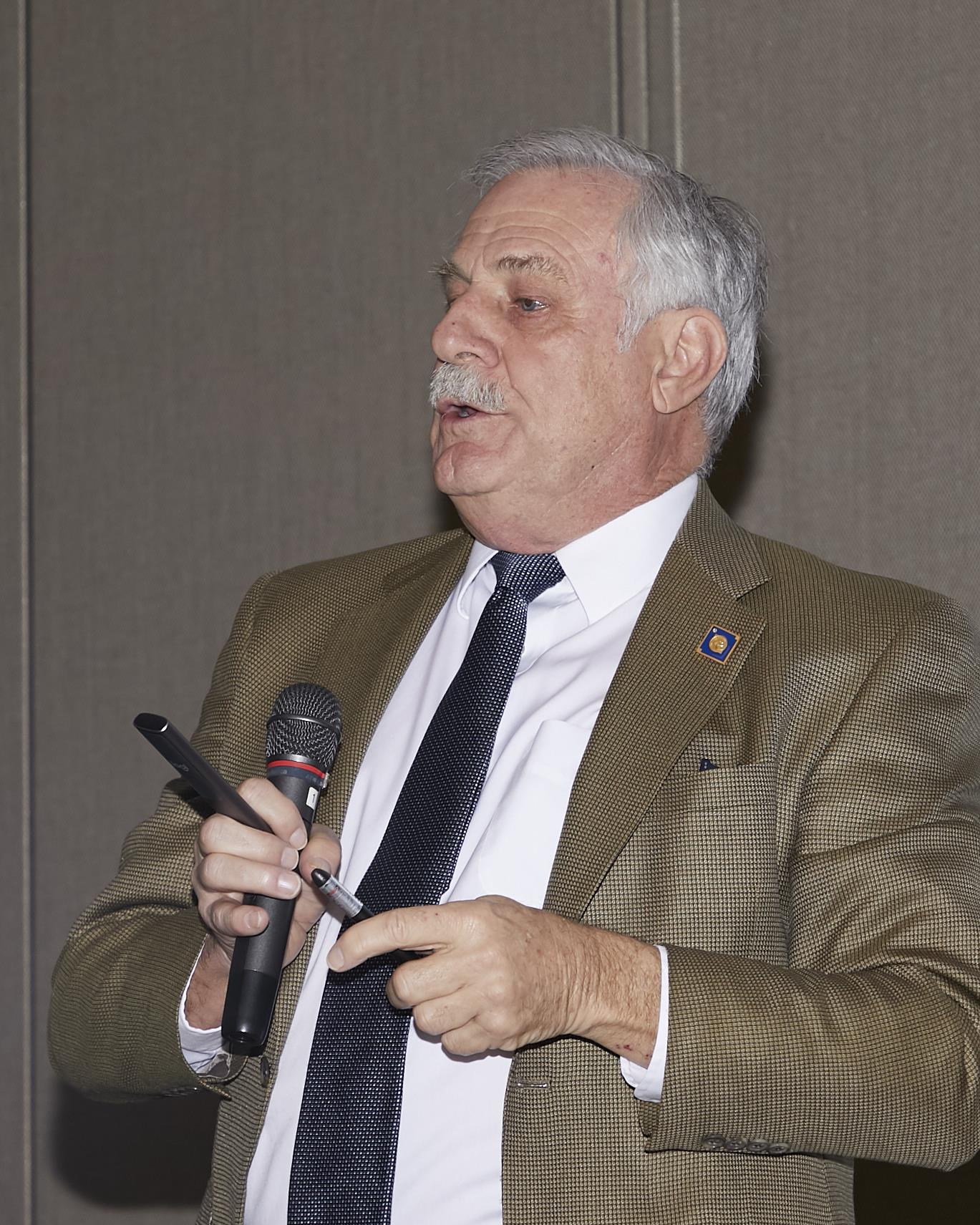 Mik gave his interest rate and housing forecast, packing an amazing amount of information into a tiny time slot. “Inflation drives mortgage rates,” he told the audience. “The Fed, using ‘quantitative easing’ during Covid, artificially held down mortgage rates by buying mortgage-backed bonds. This policy, kept in place too long, resulted in a rapid acceleration of inflation, due to all the Federal stimulus money added to the economy. The Fed (Federal Reserve) is now trying to pound inflation out of the economy using interest rates, the only tool they have.” He pointed out that 39% of inflation is housing. “The way the Fed measures inflation is very simplistic, and the monthly number is coming down—except for housing. Shelter costs are the lagging component in the inflation number.” Mik showed slides depicting how mortgages are priced and how they track with the price changes of ten-year Treasuries. Another slide showed an inverted interest rate curve of the 10-year rates compared to three-month notes. His prediction: “We are headed for a recession. Consumer debt is high, and savings rates are down.” His next prediction: “Interest rates will be at or below 5.5% by May.” He also pointed out that homeowners are staying in their current homes longer. Most have refinanced already. He also said that housing sales usually spike between April and August. In summer, prices go up. In winter prices go down. Mik said there is a healthy relationship between buyers and sellers right now. “The build-versus-buy question always looms. Inventory levels are better, but not great. In short, housing prices will hold up nicely. High new buyer demand, low inventory and no overbuilding all work to hold up housing prices.” Recapping, he said, “Inflation will go down. There will be a recession-like slow down. Incomes going up will help affordability in the housing market.”
RECOGNITIONS FROM THE PODIUM
Joe Cocker’s “I get by with a little help from my friends” welcomed Rotarians back to the first meeting of 2023!  President LINDA GEERY selected the song to recognize the tremendous work of Past-President JIM LEET and NICKI WARDLAW, who put together an outstanding Daughters’ Day two weeks earlier.
Also getting “Thank-Yous” were greeter JOHN MASSEY, photographer JOHN SWENTOWSKY, wine reception co-hosts DEE HARTZOG and PETER DANNENFELSER, and Pulse reporter JIM CULLETON. At the head table with PRESIDENT LINDA were Meeting Sponsor JIM RELLES, Chair of the Day JOHN FRISCH and featured speaker MIK MIKLAUS.
ROBYN DELONG, subbing for vacationing Sergeant-At-Arms KATHE NATHAN, introduced our guests, who included prospective new member DENNIS GODBY, visiting Rotarian RANDY FIORINI from the Turlock Rotary Club, and COLBY RELLES.
Past-President WALTER DAHL ended the meeting with a smile.
THOUGHT FOR THE DAY 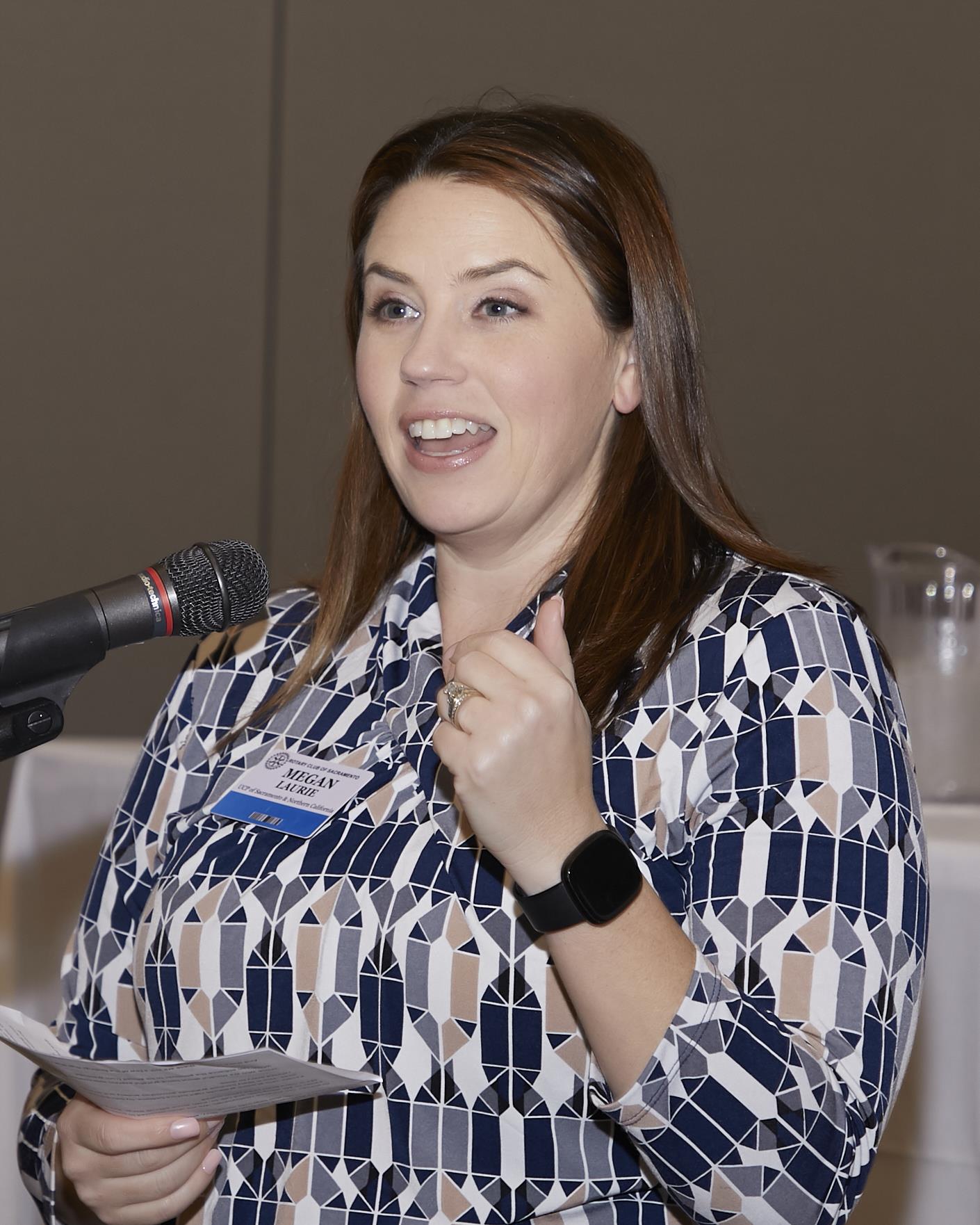 Our invocator was MEGAN LAURIE, who said, “Happy New Year. As this is our first meeting of the new year and my first ‘thought for the day opportunity,’ I was thinking about how I could tie in New Year’s resolutions and how we look forward to this year. Some stats around New Year’s resolutions: 25% of people who make them, don’t make it past week two of January, somewhere between 60-80% don’t make it to February 1st, and only around 9% make it through the whole year. I find these numbers a little sad and I’m not sure what I could say or what words I could borrow from someone that would encourage someone to make it all 12 months.
“I know Mik is our speaker today, and I was a little stuck on merging umping with brokering mortgages into a thought for the day. But this weekend, I watched a documentary called ‘Stutz,’ a documentary on mental health and healing tools, in which gratitude was brought up. So instead, I want to focus this moment on gratitude, and as we are entering this new year, on how grateful I am that I get to come to these meetings and be a part of this great group. Here is a little bit about the impact that gratitude can make:
“When do you practice gratitude? The best thing about it is that it is completely up to you when and where you do it. You can set a scheduled time, to ensure you do it every day. You can do it when something negative happens, to help you combat the negative. Start by just picking three things you are grateful for. Try not to repeat them. Some days it may be harder, but there is always a reason. So, I invite you to join me in practicing gratitude and benefitting from less aches, pains, more sleep, and recognizing that things will be ok. Happy new year!”
MEETING SPONSOR
JIM RELLES, told the audience that in 2022, Relles Florist celebrated its 75th anniversary. The shop is going strong and has put COVID in the rearview mirror. COLBY, Jim’s son, will be taking over the business in about two years. He started in March of 2022. Relles Florist guarantees its flowers, has a large delivery area and has even started a wholesale division. 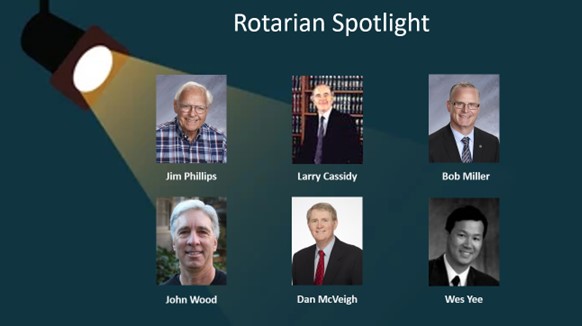 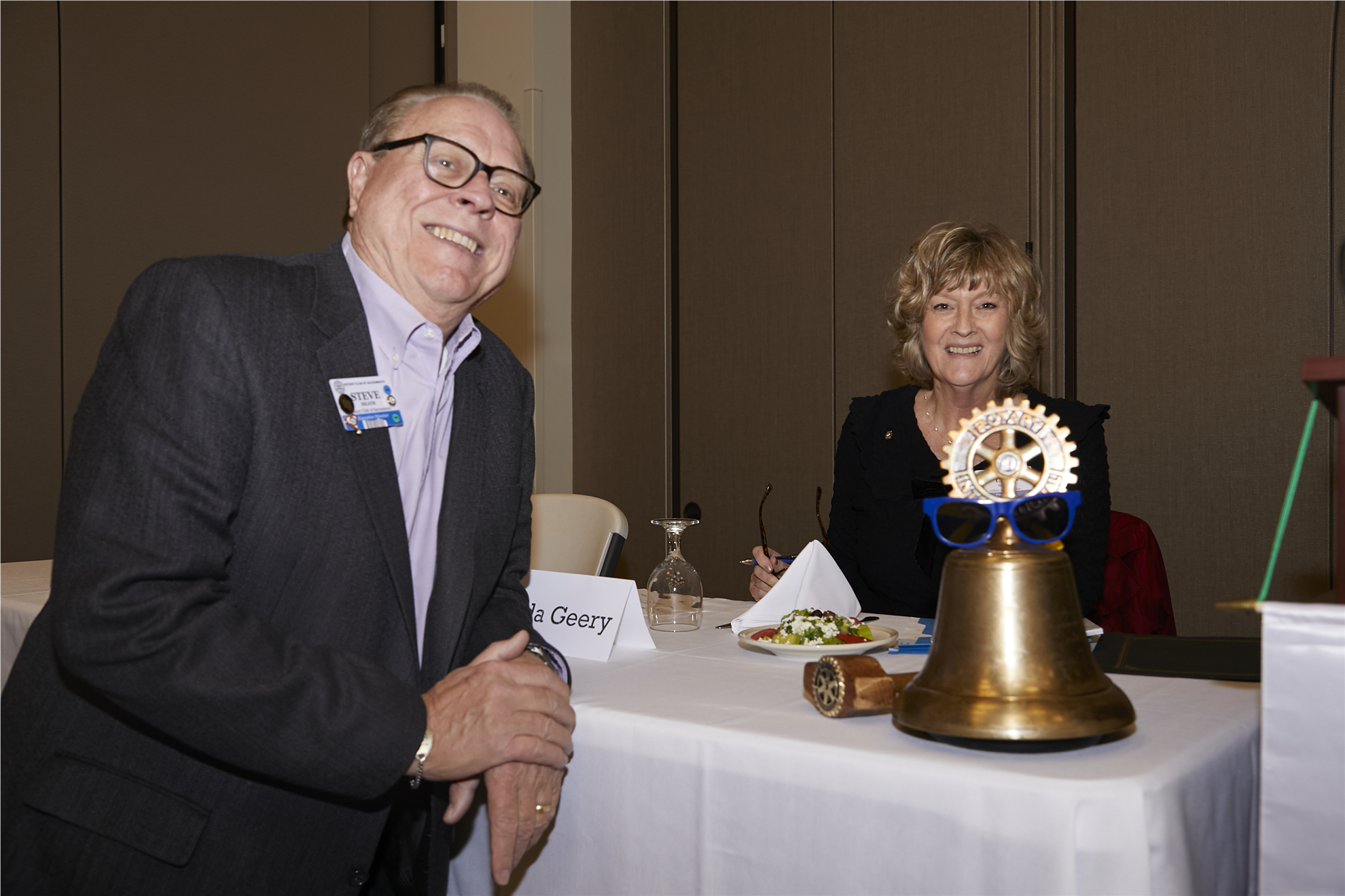 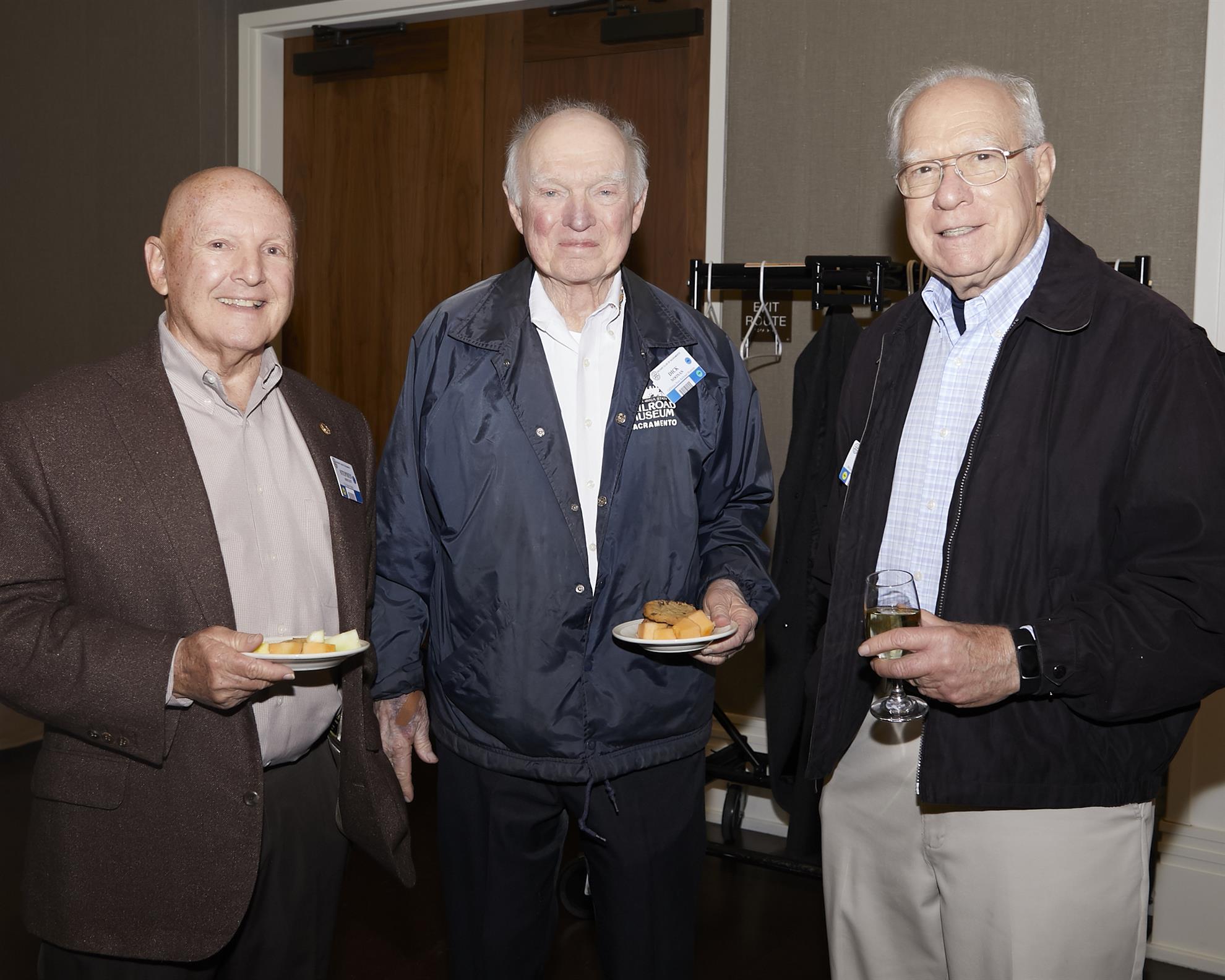 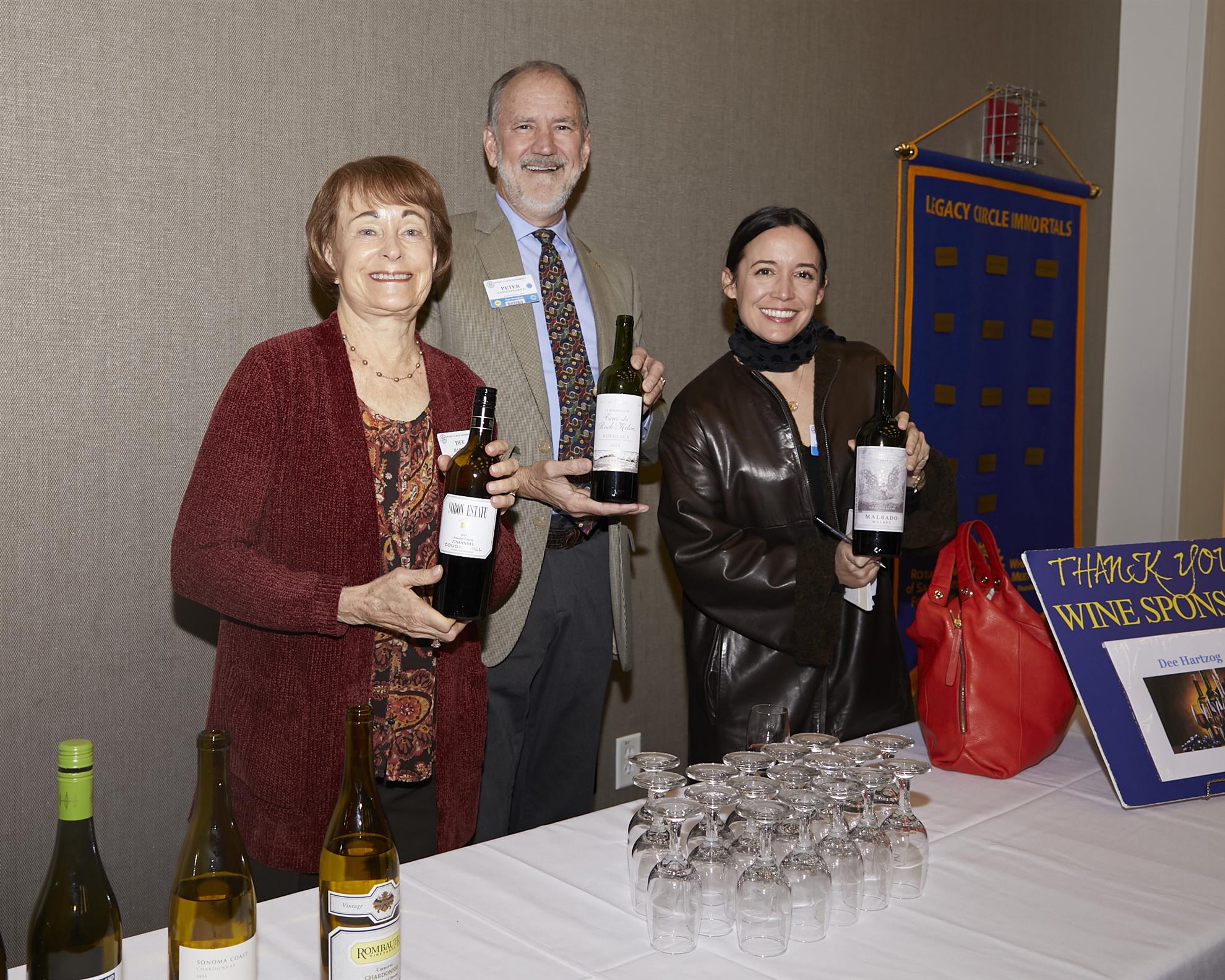 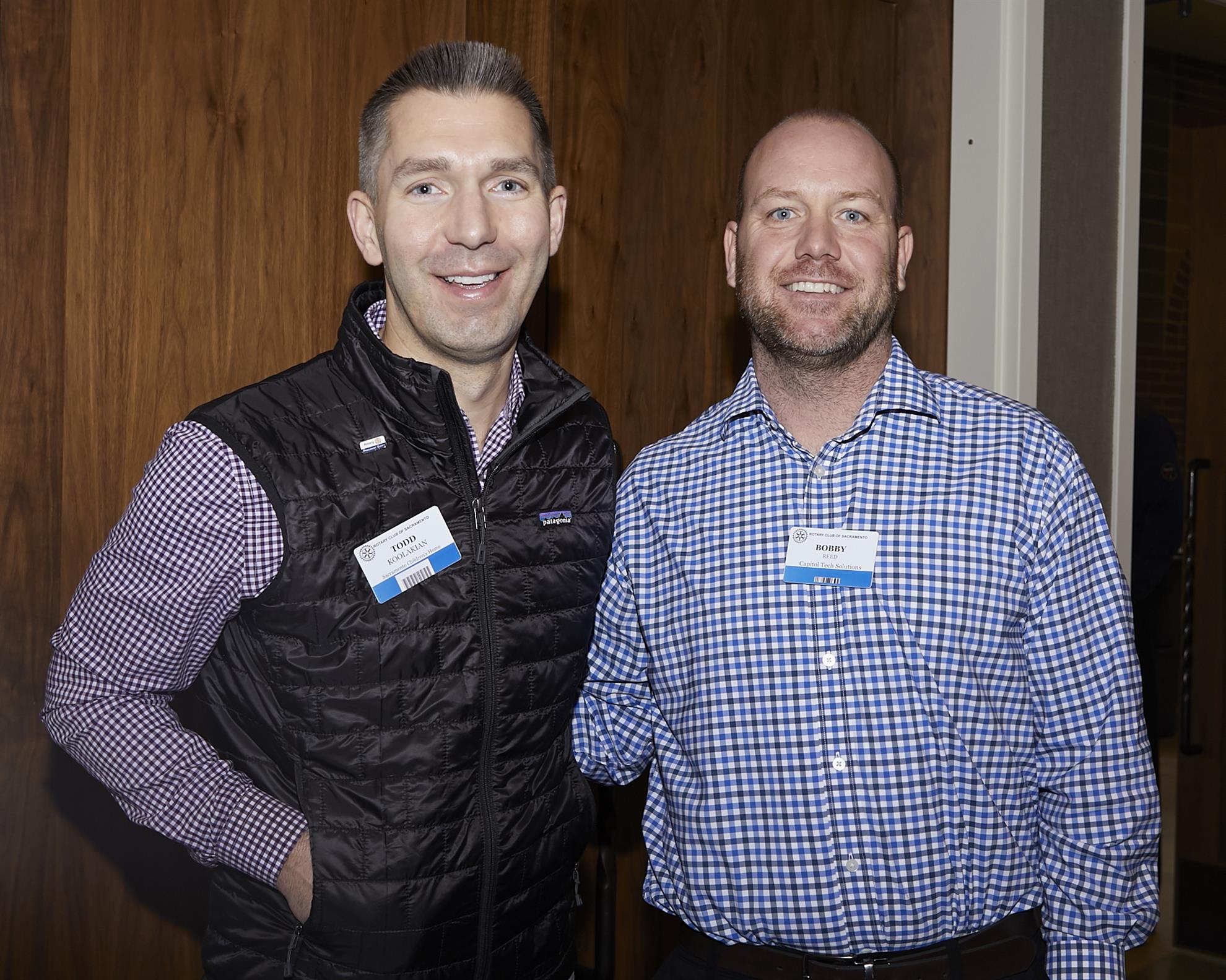 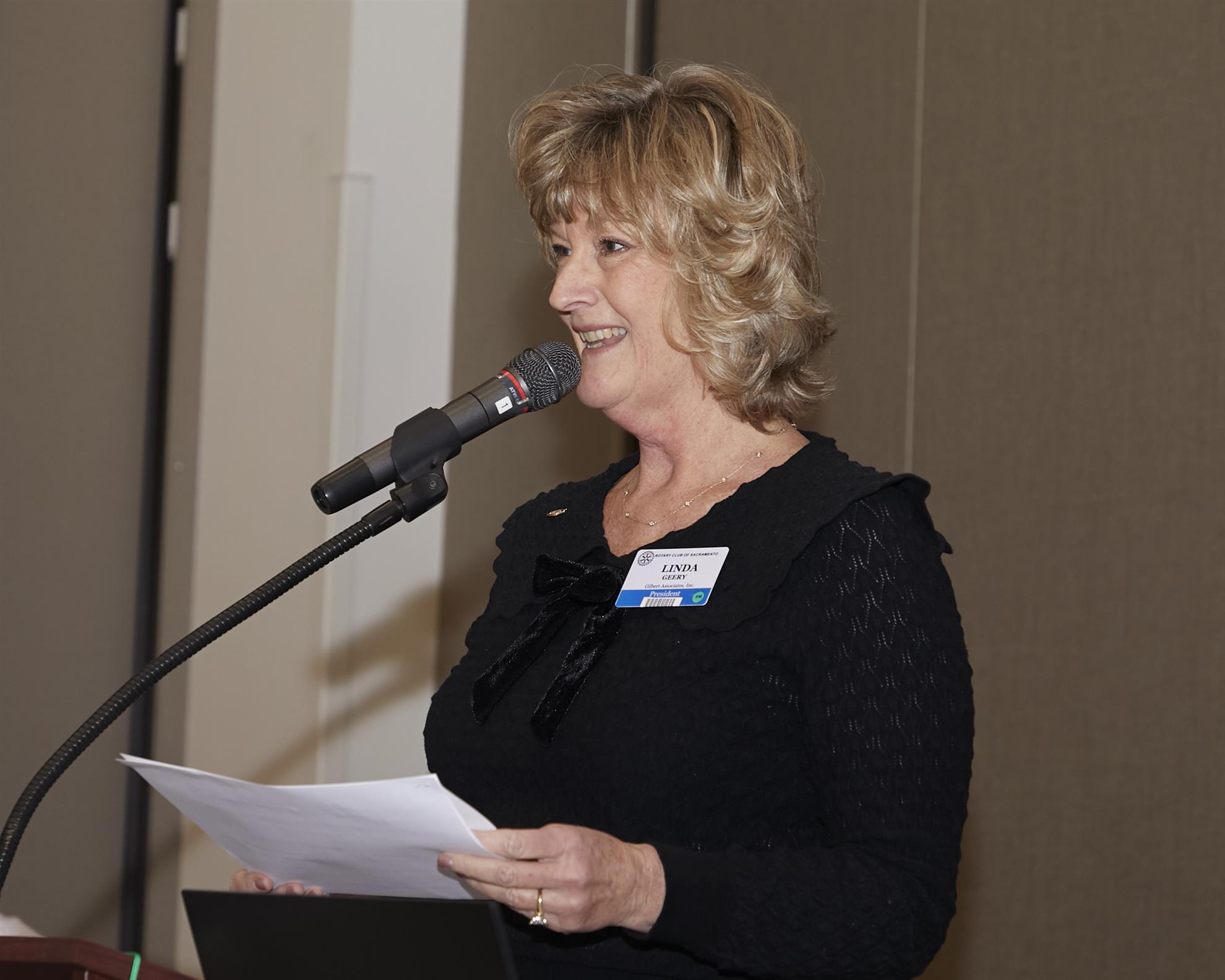 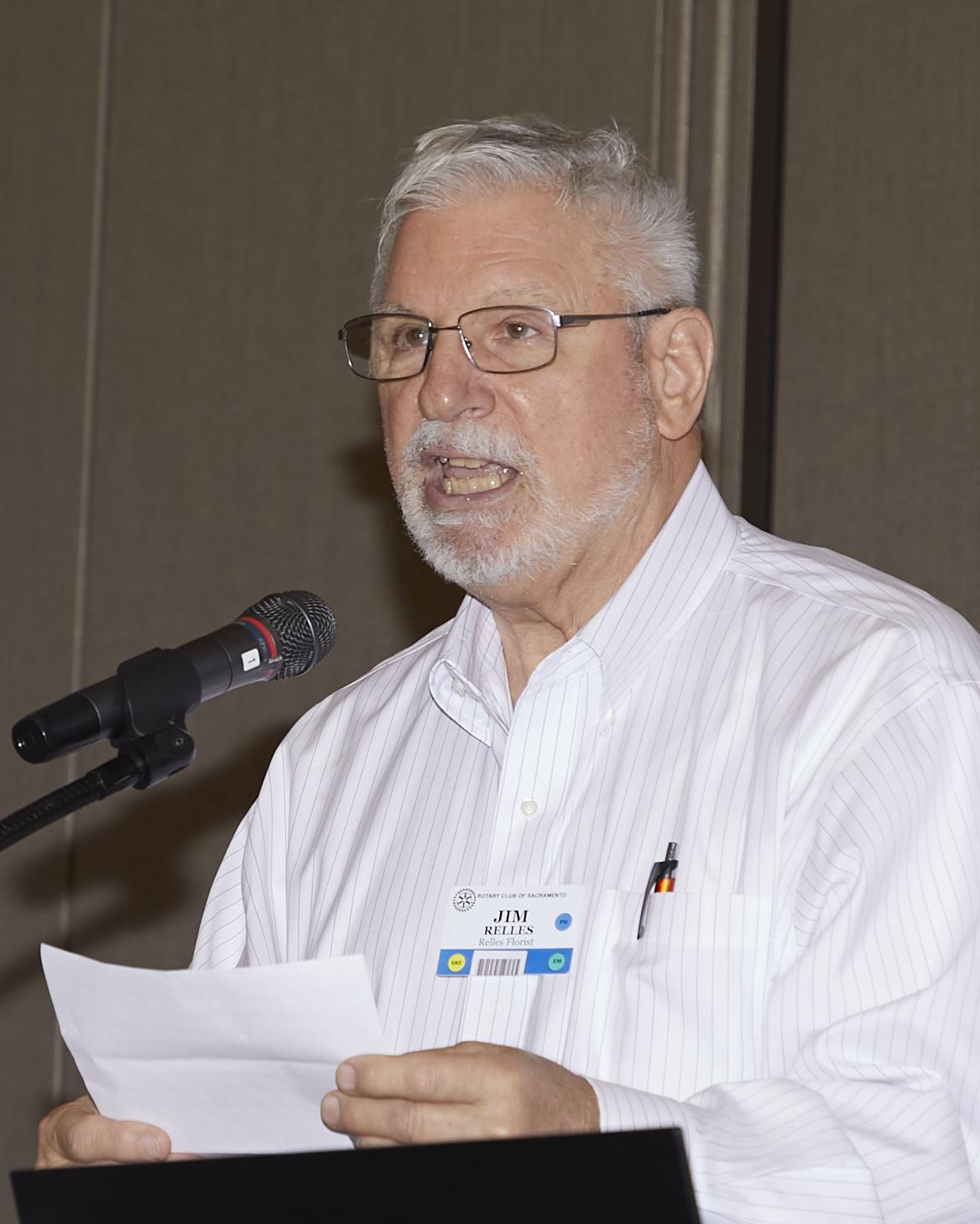 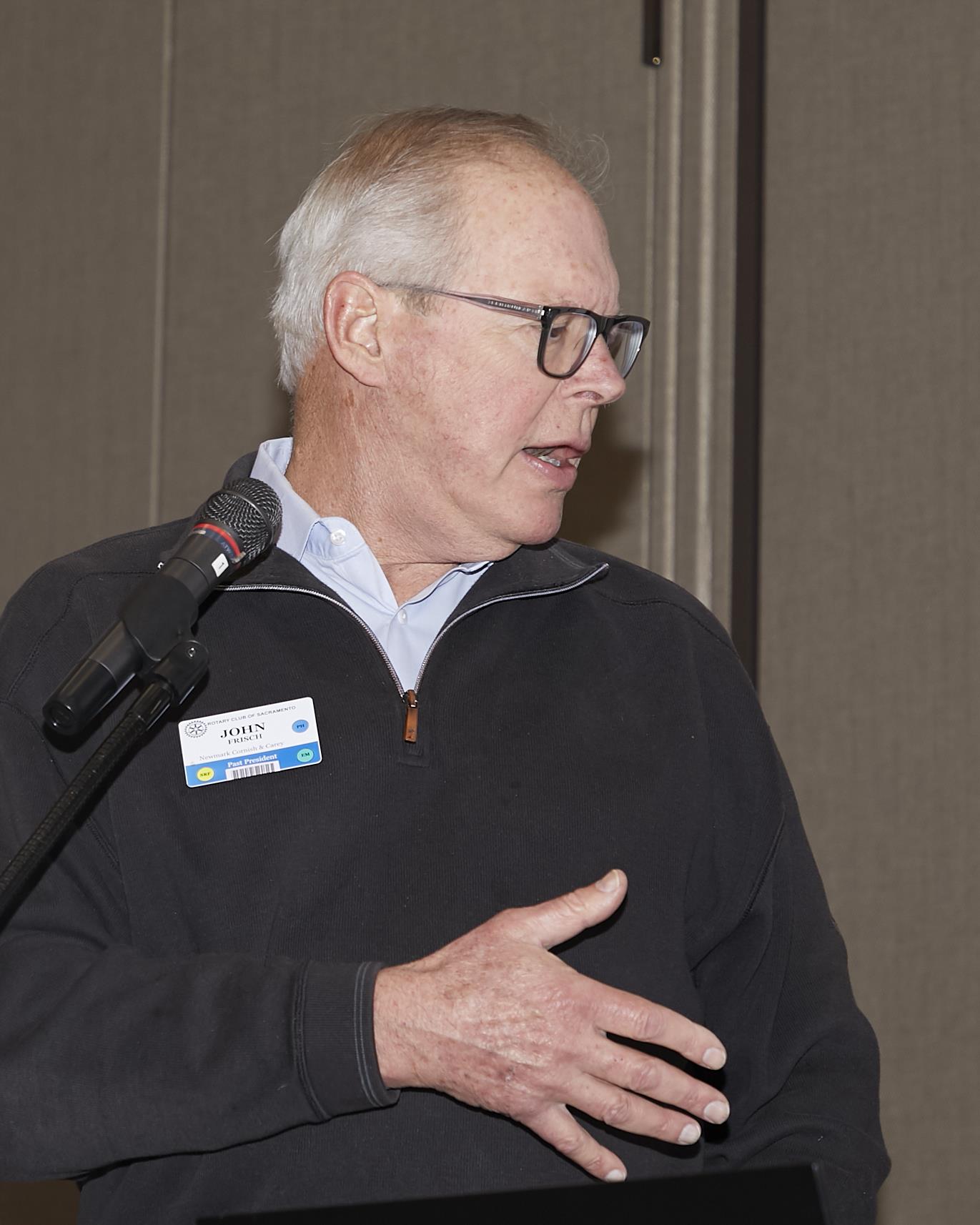 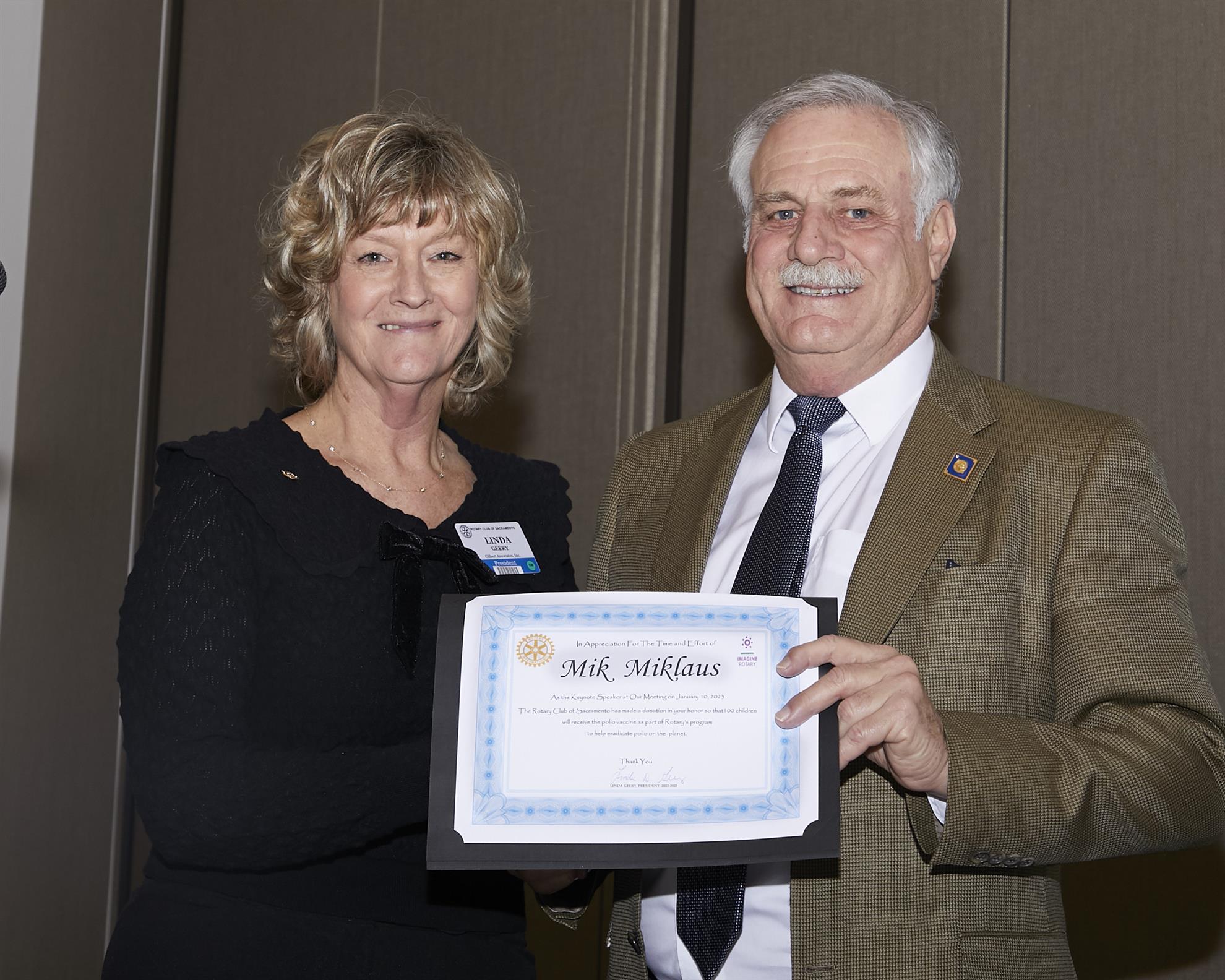