The December 11 meeting served as the club’s Annual Meeting, and as such, current Board members and officers were introduced and thanked for their hard work throughout the year. 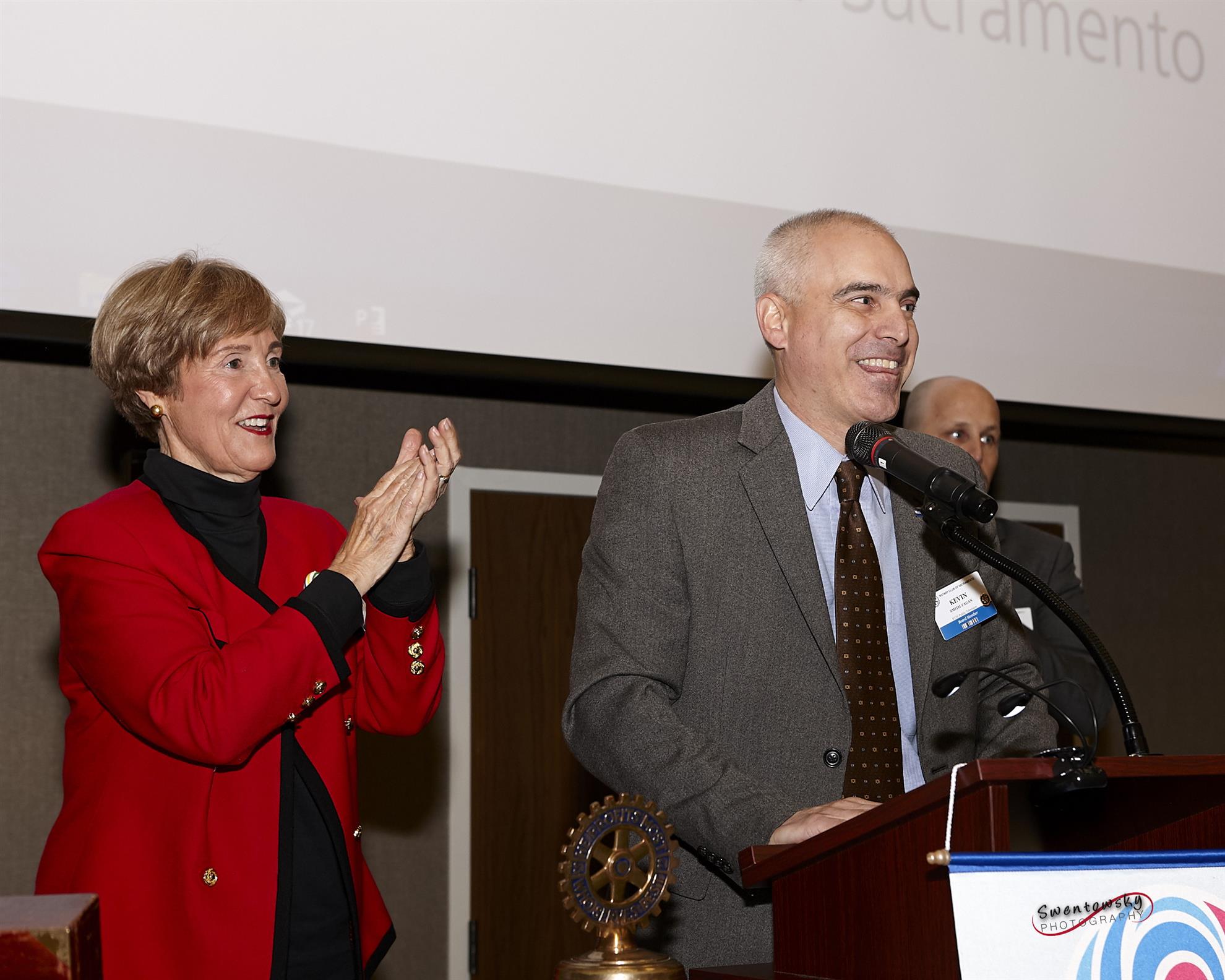 Brian Turner (Law Office of Brian H. Turner) provided a thought for the day with a beautifully Rotarian sentiment: If you want happiness for a lifetime, help somebody else.

In honor of recently departed club legend Mead Kibbey, Jamie Furlong (Legacy Investment Real Estate), his granddaughter and club member, paid tribute to his great legacy to the club and shared many memories and special aspects of his life, character, and personal interests. Elfrena Foord (Foord, Van Bruggen, & Pajak) shared her friendship with Mead – he sponsored her into the club in the 1980s, as just the fifth woman in the club. Today she is the longest standing female member of the club. Mead co-founded the club’s foundation that now has $3.2M to support worthy causes. Jamie ceremonially added his nameplate to the Immortals banner, in recognition of his bequest to the club. His family members in attendance were also recognized. 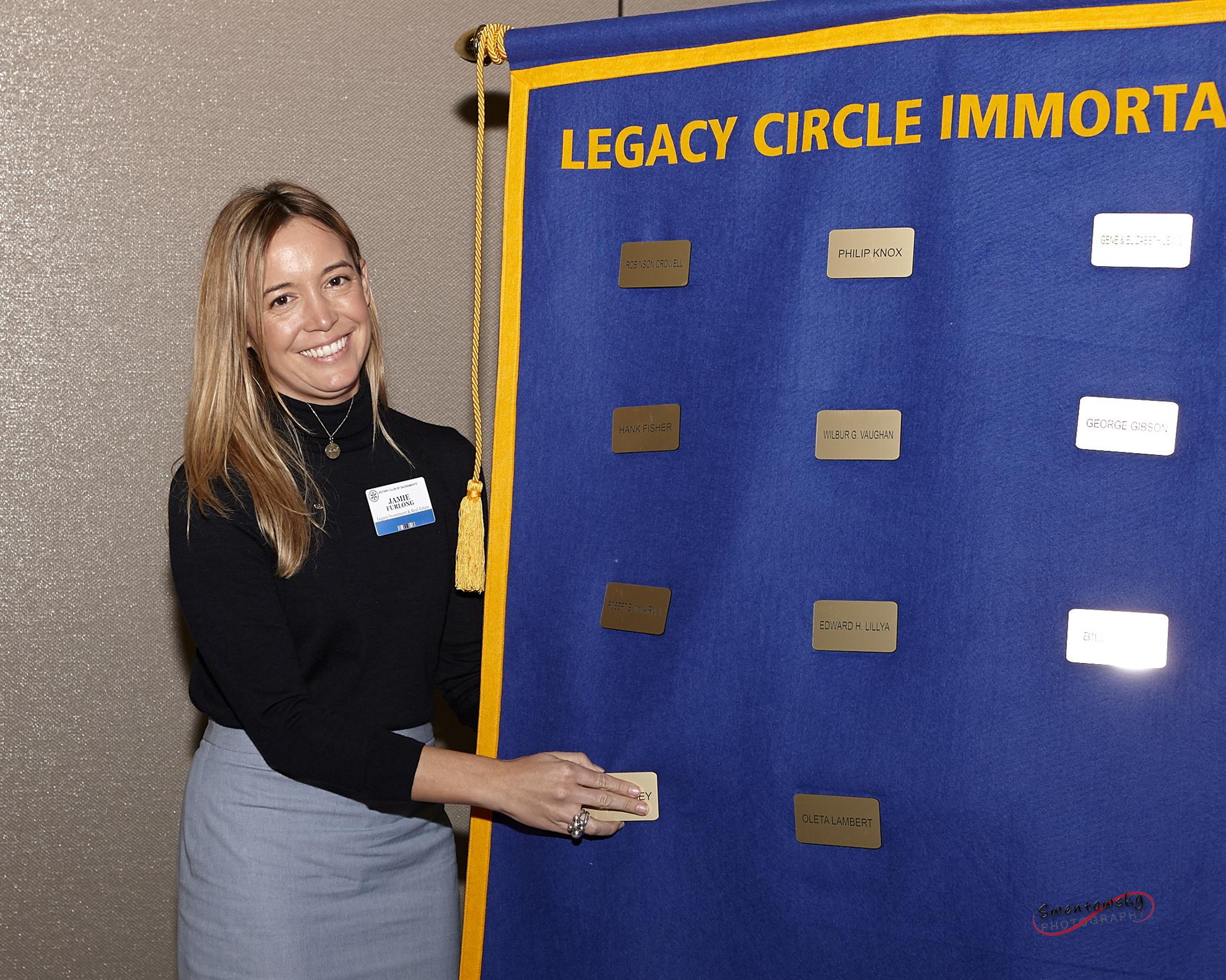 These Rotarians were recognized for their Eddie Mulligans and other contributions:

Ken Noack (Newmark Cornish & Carey) donated $100 in Mead’s honor and recalled Mead asking Ken’s mother to “borrow” her young son, and Ken found himself helping Mead with a variety of tasks. Later, Ken was one of the founding directors of the California Library Foundation and Mead sat on his board. Mead invested the funds for its foundation, which were sometimes bold, but it always turned out well.

Announcements:
Daughter’s Day – Alice Sauro (Sacramento Philharmonic and Opera) announced that next week’s meeting will celebrate Daughter’s Day and a celebration of family.

Past President Diane Mizell introduced the speaker, Dr. Charlie Bamforth, known as the beer guy on the UC Davis campus. A world-renowned beer expert, Dr. Bamforth specializes in the science of malting and brewing. He conducts research programs focused primarily on the wholesomeness of beer. He has been honored by the students of UC Davis as one of the top three educators in his college, among other notable distinctions and awards.

He gave a history of beer from its humble beginnings: it’s been around for 8,000 years and has even been used as a shampoo and an enema! His advice for proper beer etiquette: always drink beer out of a glass and never from the bottle to fully appreciate the aroma. He gave tips for enjoying the best beers – from the type of glass to the food that pairs well with it and the etiquette that makes the drinking experience ideal. One of his last thoughts was that beer lasts longer in a can than in a bottle. Store your beer in the fridge and it will last for nine months and again, pour into a glass with vigor! It’s good for your health – better than wine and granola.

He also encouraged everyone to buy Resilience IPA. All proceeds go to relief efforts for victims of the Camp Fire and other California fires. 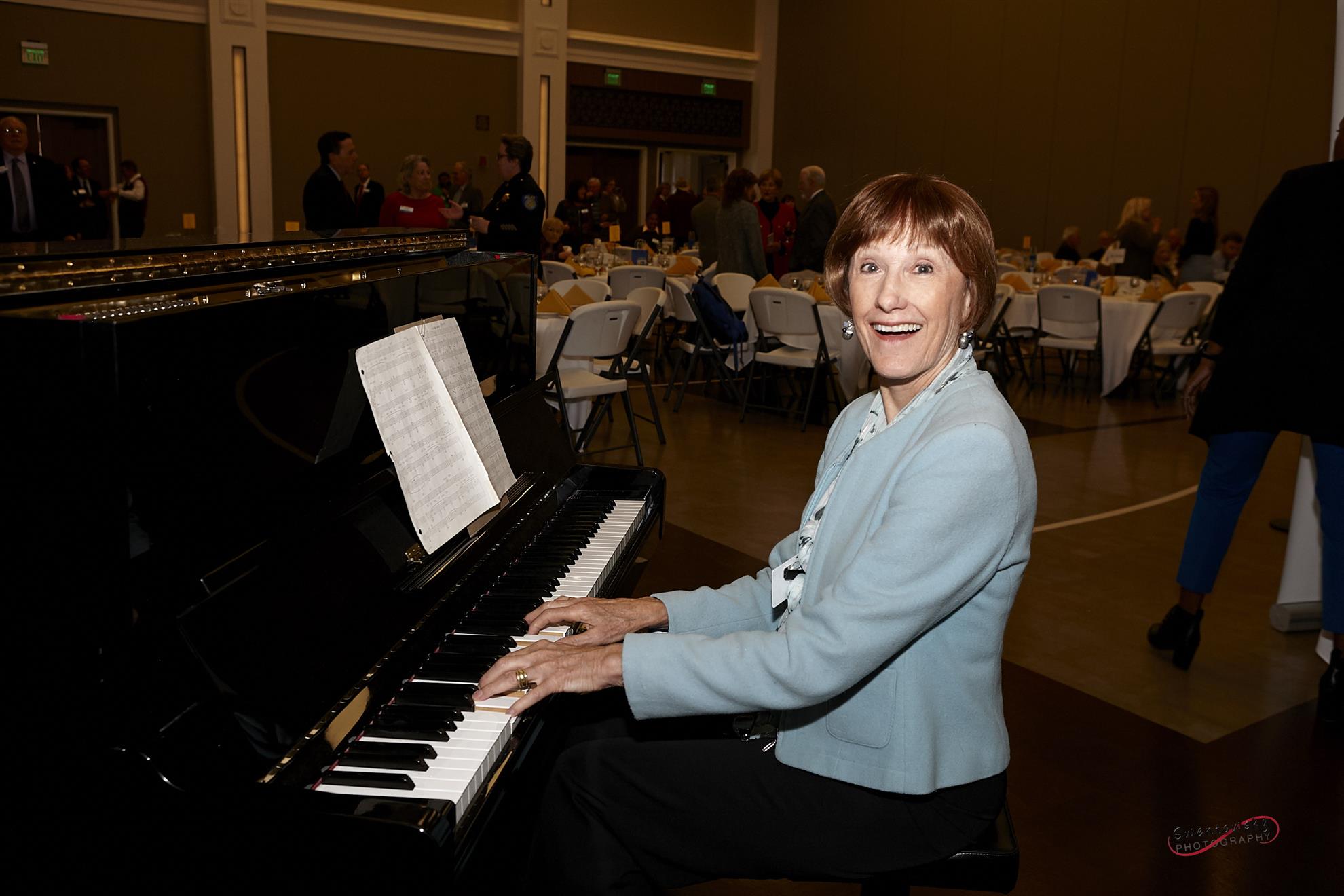