President Diane the Magnificent convened the meeting and saluted the triumphant softball team for bringing the championship trophy back home.

Brad Towne (Law Offices of Bradley S. Towne) honored his late father, Ed Towne.  Ed passed on June 14, and Brad’s eulogy included highlights of his dad’s life and his dad’s love for Rotary.  Ed was a member of our club for 52 years.

Meeting sponsor April Javist of the Sacramento Public Library Foundation encouraged all to participate in the foundation’s 5th Annual Walk for Literacy, October 20.  For details check out www.walk4literacy.org. 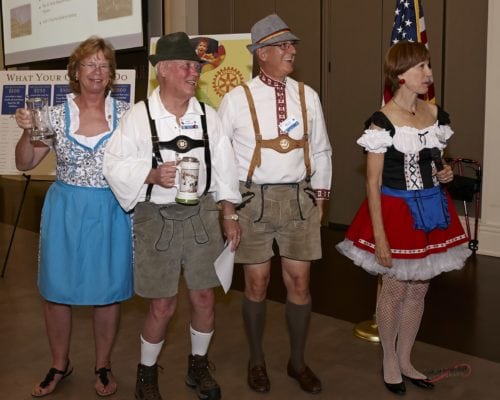 Rick Davis shared about his recent trip and thanked everyone in the club for the support he’s received over the past 18 months.  He donated $500 to the Sacramento Century.

Dave McKie announced that Maynard Nelson will be celebrating his 96th birthday.  The club sang happy birthday to Maynard. Dave McKie contributed to his PH and EM on behalf of Maynard as well as in honor of Sen. John McCain. 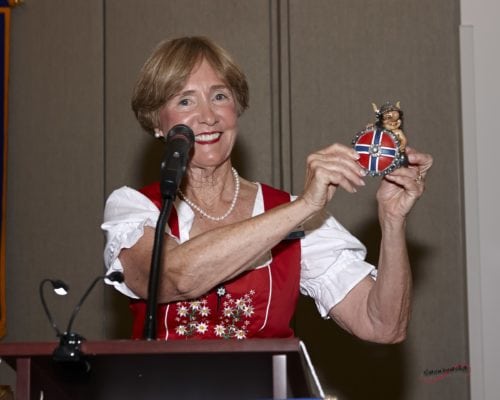 Seersucker Day – organizer Steve Ruland (Ruland’s Office Furnishings) provided mint juleps and all members in attendance wearing seersucker were invited up to the front for a photo opportunity. Kiefie Brewer announced that Art Brewer was wearing a seersucker suit he’s owned for 63 years and it still fits!

Chair of the Day Nancy Teichert (writer) introduced the day’s guest speaker, Gregory Favre.  Gregory was born in New Orleans, grew up in a newspaper family, and became the managing editor of the Chicago Daily News and the Chicago Sun-Times.  In 1984, he joined The Sacramento Bee as executive editor, then served as vice president of news for the McClatchy Company from 1989 until 2001.  The Bee won four Pulitzer prizes under his leadership. 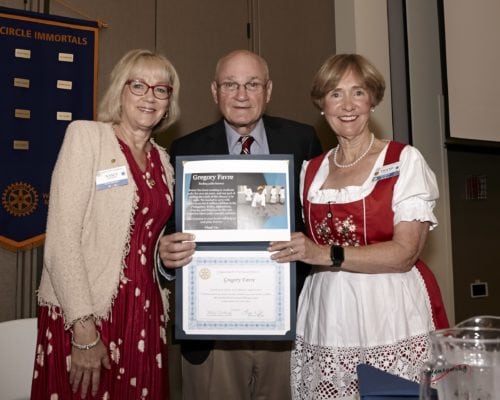 Mr. Favre shared a thought-provoking speech on the value of the free press and the danger of political attacks on journalism and journalists. He quoted Thomas Jefferson, “Our very liberty depends on the freedom of the press, and that cannot be limited without being lost. No government ought to be without censors; and where the press is not free no one ever will be.”

We are DARK next week in celebration of the Labor Day holiday.

Thank you John Swentowsky for the photos!