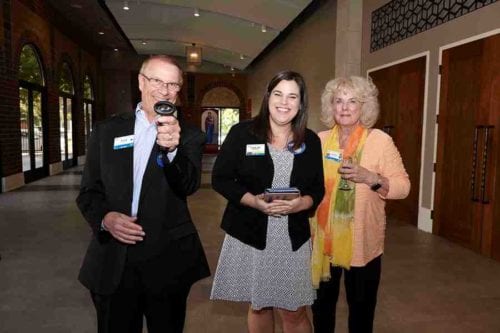 Past President Wes Yee (Yee Dental Care) gave us the thought for the day while recapping his recent trip That Seven Sisters sponsored.  He recounted the colors and images of prayer flags.

Guests included visiting Rotarians from Point West and the Passport club, as well as Sam Peters a prospective member.

Care grams to Surender Singal who had surgery recently would be appreciated.

Applications for the Jean Runyon Service Award are being accepted. Contact the Rotary office for more info.

Debby Lott of the Passport Club spoke of a June 2020 volunteer trip to Zambia, Africa.  She is hoping to build two libraries!  Flyers were handed out….

Networking night is 10/23 at the Kimpton Sawyer Hotel.

Buddy Hubbert (Mother Lode Capital) announced an Entrepreneurial Committee has been formed, and there will be a meeting on 11/6

John Swentowsky (Swentowsky Photography) put the next Loaves and Fishes on the calendar, 10/31. 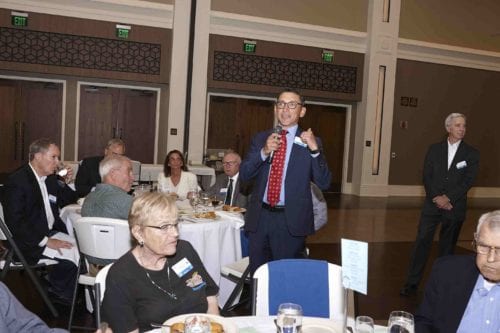 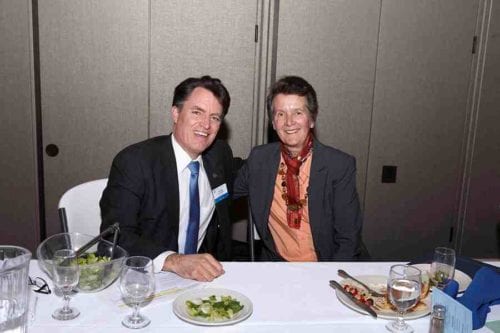 She just finished her book, The Sharp End of Life, and it recounts her travels and trial.  Deidre is the mother of renowned climber, Alex Honnold who has spoken to our Rotary club and traveled the world scaling impossible peaks.  Dierdre was born in NYC in 1953 learning multiple languages on her street as a child. Immigrants over ran New York following WWII.  She spoke Polish and English at home, but soon mastered many others.   She has a soft spot for Rotary as her mother had polio.  She moved to Southern California, then Japan teaching along the way.  She moved back to West Sacramento where her husband’s family resided.  She didn’t know climbing was a sport!  She didn’t consider herself much of an athlete, she just chased around her two children, one of which (Alex) was a tireless climber.

Dierdre wrote for the Sacramento Union and for whomever else would pay her! She also taught classes, again to whomever would pay her!  She was very interested in music and kept that dear to her heart.  After going through the bumpy road of divorce and deaths in the family, she was exhausted.

Over the years the kids encouraged her to run and bike, she became a runner with advice from Alex.  “if you can run one mile, you can run a mile and a half,” he said matter of fact.  Alex followed that up with, “If you can run 2 miles, you can run 3.”   And so you now know how their family is wired.  This is their approach to life.  Dierdre ran the 2006 California International Marathon.  She has run 4 marathons to date. A few highlights of her amazing life story: 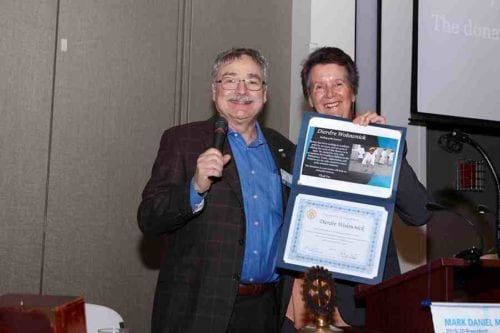 She went to the climbing gym with her adult son (Alex) to understand him. Soon she was hooked.

Alex takes her climbing each September for her birthday.

They were featured in a comic in the New Yorker.

She left us with: If you think you can do it, you can.