PRESIDENT KEVIN SMITH-FAGAN (Executive Director of Fairytale Town) called the meeting to order, noting that it is currently Wizard of Oz day at Fairytale Town, which makes him Mayor of the Munchkin City and the Land of Oz. A magical start to our meeting! 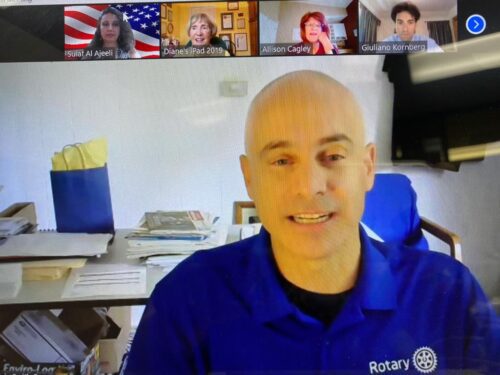 Polio has been eradicated in Africa, through the leadership of Rotary and other charities. There are 2.5 billion inoculations since 1979 and Polio currently only survives in Afghanistan and Pakistan. Hopefully, we can eradicate it everywhere soon!

ALLISON CAGLEY (Sergeant at Arms) (Friends of Sacramento Arts) welcomed LAINE HIMMELMAN of Habitat for Humanity, who is an esteemed guest of PAST PRESIDENT SUSAN SHERIDAN. We hope you join us again LAINE! 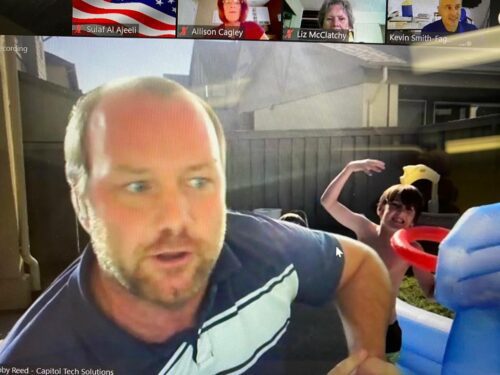 With schools getting started again (even if only virtually), BOBBY REED (Capitol Tech Solutions) provided the 2020 “survival kit” for students. BOBBY’S backpack “survival kit” is for kids and grandkids alike and includes the following:

PRESIDENT KEVIN warmly appreciated BOBBY’S thoughts but cautioned us all with the tale of “Mikey,” from an old Life Cereal commercial whom, according to breakfast urban legends, succumbed to a Pop Rocks incident. Poor Mikey…

KEVIN WILLIAMS (KVIE) lead us in the Pledge of Allegiance. 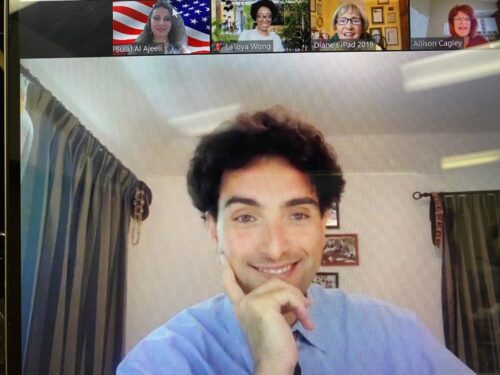 Our Chair of the Day, GIULIANO KORNBERG (Sacramento Philharmonic & Opera), made this a national meeting by Zooming in from Minnesota. GIULIANO introduced our speaker, SACRAMENTO’S MAYOR DARRELL STEINBERG, and extolled the mayor’s virtues while running through a series of MAYOR STEINBERG’S achievements as a visionary legislative and civic leader. MAYOR STEINBERG is one of Sacramento’s most accomplished public servants, who has served the Sacramento community for over 28 years. He previously served on the Sacramento City Council, State Assembly, and State Senate, where he became the first Sacramentian to serve as president in over 125 years. MAYOR STEINBERG is a not only a proud supporter of the arts, but as mayor helped win the passage of Measure U and created new investors for Sac Republic.

MAYOR STEINBERG recognized young leaders participating, GIULIANO KORNBERG and LAINE HIMMELMANN, in particular, and called out several other Rotarians for their good works. He noted that COVID-19 has knocked us all back on our heels, yet “We can still connect, and we can still give back, despite the current crises.” As bad as these times are, they are not as bad as the 2009 crash, which led to four difficult years before recovery took hold. MAYOR STEINBERG believes that once COVID-19 is corralled, we will recover much more swiftly than we did with the 2009 crash.

MAYOR STEINBERG’S time as mayor has been particularly challenging, noting the Stephon Clark incident as a telling example. He sees the same set of challenges today that he saw when he first became mayor in 2016. Sacramento has long been seen as a smaller city of clichés: not very “driven,” largely a government town, but which sees itself as a beautiful city of trees. MAYOR STEINBERG’S ambition is to diversify the economy, enhance the presence of professional sports, and build the vitality of the city through economic equity and inclusion. He also wants to address homelessness issues by enhancing the supply and availability of homes to help keep people from falling into homelessness.

MAYOR STEINBERG suggests the city needs a paradigm shift, to build neighborhood-based economies and move the city in a more expansive direction. In 2017-18, he proposed a half-cent sales tax (Measure U), which would annually result in $40 million earmarked for economic development, but then COVID hit and hammered the businesses and nonprofit community. Thus, those funds are no longer available. However, since Sacramento cleared the 500,000 population threshold, the city qualified to receive $89 million from the federal government, which MAYOR STEINBERG and the city council proposed to split in four ways: $20 million for tourism, $20 million for housing, $20 million for workforce development and youth, and $20 million for small business loans and tech-assistance. This leaves $9 million leftover for other essentials.

MAYOR STEINBERG has become increasingly comfortable in his position of being where “the buck stops.” However, he feels his ‘accountability’ without the executive tools to take independent action, limits his effectiveness. He is working toward a new city charter defining a “strong mayor” system. The city manager would report to the mayor, rather than to the nine members of the city council, the mayor could then introduce a budget. The charter would require that every major decision in the city would be reviewed through an equity lens, and the mayor would be more directly accountable for progress. MAYOR STEINBERG posits that this would modernize the city and help address the imperatives it faces. He believes Sacramento can do more than one thing as a time and that it is worth having this and other vital conversations now. 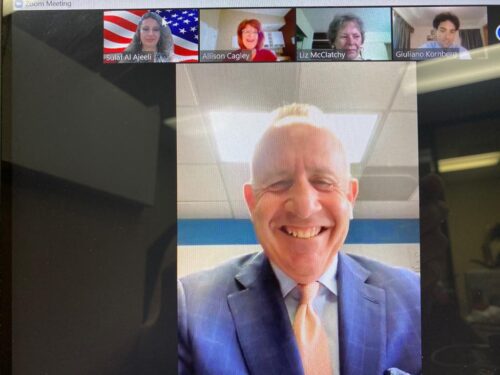 What is the city doing to assist those temporarily in crisis to keep them from falling into homelessness?

MAYOR STEINBERG noted rental assistance for 1,000 households, which he states it not enough, but a meaningful step. He has brought more than $100 million into Sacramento to help address homelessness, including hotel/motel conversions, tiny homes, rental assistance, congregant shelters, and, despite all this the problem has not improved. The county jail has been “virtually emptied,” leaving many of these individuals to become homeless. The city’s services remain too fragmented, but MAYOR STEINBERG feels a strong mayor approach will improve this.

Police Reform – Of all the ‘swirl’ that’s occurring, what’s the one thing you focus the most for police reform?

MAYOR STEINBERG does not engage in “political hit and run” approaches. He called out systematic racism in Sacramento’s and other cities’ police forces yet believes that policing done right can show the way toward the change we want to see occur. Using his mental health background, he wants police to no longer respond to 911 calls that could/should be more appropriate addressed by social workers or code enforcers. His plan is to have many of those calls heading to these other care/service teams, rather than to law enforcement, for the safety of community members, as well as the police. This situation could be improved if the strong mayor system is brought online.

MAYOR STEINBERG believes the system is broken. The city and school district need a successor contract so the district can focus on serving the students, rather than on “fighting among the adults.”

“Climate change must be a core city priority,” concluded MAYOR STEINBERG, regarding the recent/current fires. Sacramento will help lead in prioritizing climate response. The Measure U story, the promise of $40 million per year to “inclusive economic development” that hasn’t yet come about because of diffuse leadership, resulting in those funds going to competing demands. He asserts that such would not be the case, were there a strong mayor structure.

PRESIDENT KEVIN thanked MAYOR STEINBERG and stated that Polio vaccines would be given in his name, but only in Afghanistan and Pakistan, since there is no longer a need in Africa. Thank you for joining us, MAYOR DARRELL STEINBERG! We hope to have you back again.

CALLE SETZER (Setzer Forest Products) gave us a report on Golf 4 Kids. A slideshow was shared including the beneficiaries and called out the sponsors for their awesomeness. Online raised $6,055 and approximately $40,000 for our beneficiaries: YMCA, Society for the Blind, Sac State, and Luther Burbank and Ralph Richardson Center. PRESIDENT KEVIN marveled at the success of this event, thanking CALLE SETZER and BRANDON MONTALVO (Financial Advisor at Morgan Stanley) for their co-chairpersonship! Thank you to everyone who donated, volunteered, or participated!

ALLISON CAGLEY encourages all attendees to mark their calendars for next week’s meeting when the speaker will be CONGRESSMAN AMI BERA. CONGRESSMAN BERA will address local issues in the 7th Congressional of California and across our nation, so be sure to have your questions ready as this is sure to be another exciting chat!