Disclaimer: As a resulting impact of the Dixie Fires, there is no recording of last week’s meeting available.
INTRODUCTION
PRESIDENT BOB MILLER’s (Business Services Manager at First US Community Credit Union) walk up music lured a rowdy crowd in from the lobby. Maybe PRESIDENT BOB is secretly being sponsored by big haired English bands from the 80’s?  I’m sure payouts from Jethro Tull, Flock of Seagulls and Culture Club are to follow. Stay tuned if he shows up with a new tattoo and mullet in a new sports jacket with a shiny gold chain. Let’s be careful of what we wish for: Boy Bands from the 90s could be next. 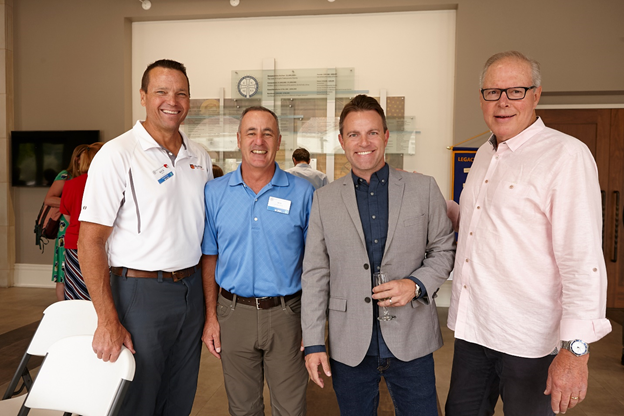 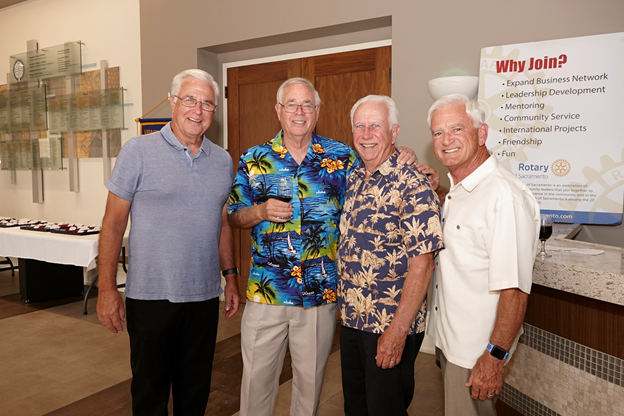 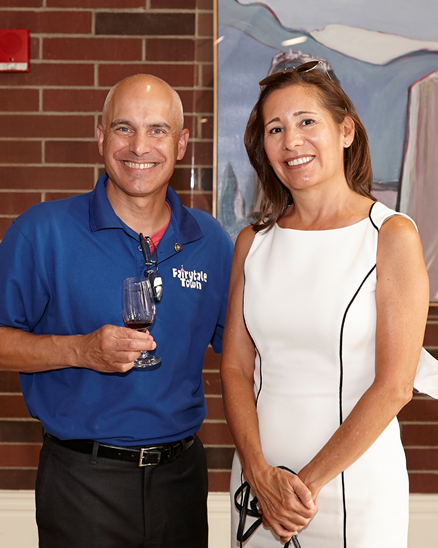 Revelers were enjoying libations from Christopher Cellars, which were generously donated by PAST PRESIDENT BEVERLY BRAUTIGAM (Brautigam Financial Services) and PAST PRESIDENT HAL BARTHOLOMEW (Managing Partner at Bartholomew & Wasznicky LLP) during the pre-meeting wine reception. Greeters DENNIS COOK, LARRY BOOTH (Frank M. Booth) and APRIL JAVIST (Executive Director of Sacramento Public Library Foundation) ushered in a crowd eager about the restaurant industry which our guest speaker would later orate. JOHN SWENTOWSKY (Owner of Swentowsky Photography), tan and fresh off his Oregon vacation, was back at snapping candids as Rotarians arrived. 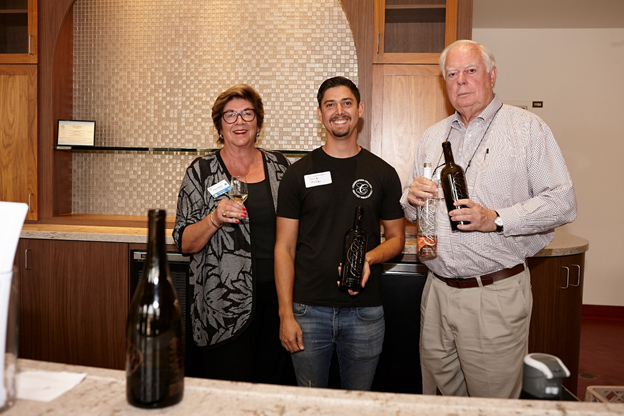 Chris Morra, of Christopher Wines, was a guest of Tuesday’s meeting. Brian Murray of Bender Insurance, Justin Santana, and Bobby Hanes also were attending as new and prospective members. We welcomed Denise Gaydos of the Laguna Sunrise Rotary Club as a visiting Rotarian.
KELLY MORAN (President of Moran and Associates) acted as our meeting sponsor. In 2019, he sold a portion of his political consulting business which allowed him to pursue Bajrang Yoga. He now spends most of his time teaching meditation and yoga. KELLY offered yoga on a corporate level with an emphasis on conscious leadership. He left us with one technique called Khechari Mudra. Take your tongue and roll it back and put the bottom of your tongue on the roof of your mouth.  Try to say something. You can’t! This, KELLY says, is important for relationships and life.  It will help you maintain focus and become a better listener. 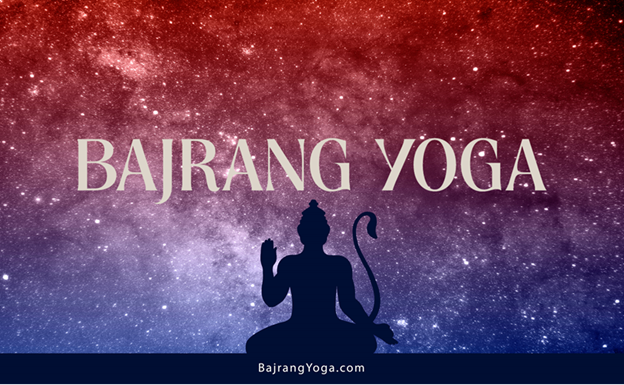 THOUGHT FOR THE DAY
SHARNA BRAUCKS (President & CEO YMCA of Superior California) gave us the thought for the day.  She chose an appropriate topic: restaurants.
They are there for every event of life.  All milestones revolve around food!  They help build relationships. Restaurants are a key piece to our recovery and survival. The YMCA knows how important this is as they donate over 100,000 free lunches to children throughout the calendar year. 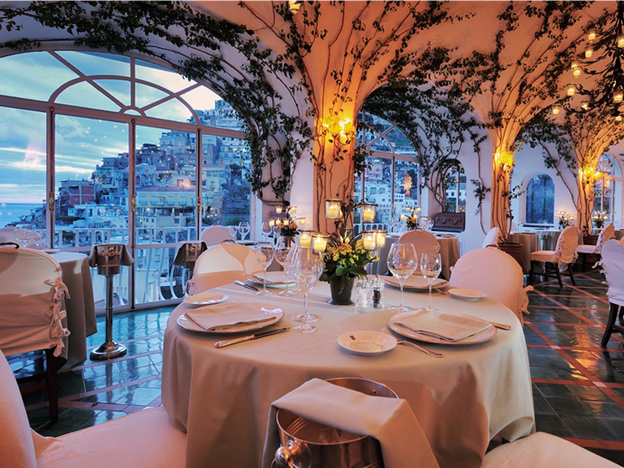 SPOTLIGHT:
PRESIDENT BOB continues to elevate a committee into the spotlight.  MEGAN WYGANT (CLARA Claire Raley Studios for the Performing Arts), THOMAS GILBERT and KATHE NATHAN (Vice President Relationship Manager at Merchants Bank of Commerce) make a committee of 3 that handles meeting sponsorship. You can promote your business, a customer’s, a vendors, a non profit by becoming a meeting sponsor. Please reach out to KATHE, THOMAS, or MEGAN if you have interest in this opportunity.
Announcements: 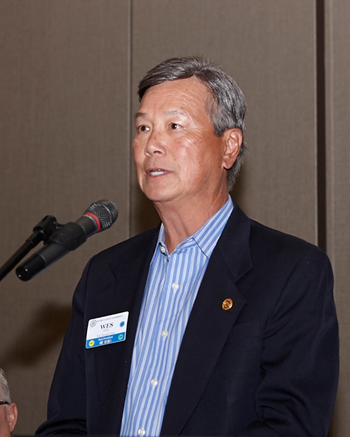 PAST PRESIDENT WES YEE (DDS at Yee Dental Care) gave a brief speech regarding the passing of his father, Herb Yee DDS.  Herb was a dynamo getting involved in many facets of Sacramento.  He was on countless boards and committees that spanned decades.  His time at UOP as a board of trustee saw one of the largest single donations to the University of all time.  Herb was born in 1924 and immigrated from China in 1931.  He was 96 and passed on June 26th.  The family said a celebration of life is planned for October. 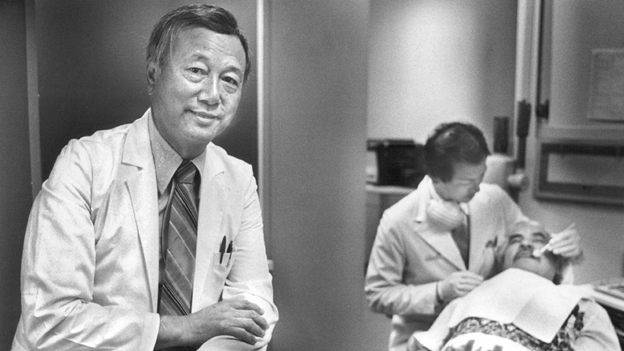 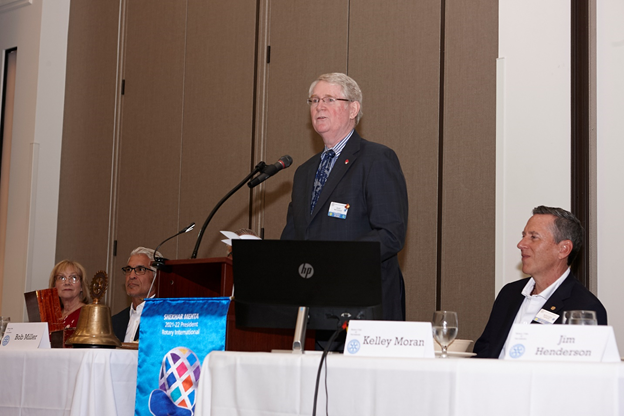 PAST PRESIDENT Dan McVeigh introduced our newest member, JIM HENDERSON. JIM is a trial attorney with the firm of Messing Adam & Jasmine.  He is on the verge of retiring from his practice. He enjoys travel, reading and estate sales. Some would argue his interest in Antique Roadshow borders on and infatuation with American Hoarders. He was also a contestant on Jeopardy! Dan left us with the adage, “You just can’t have enough lawyers in Rotary.” 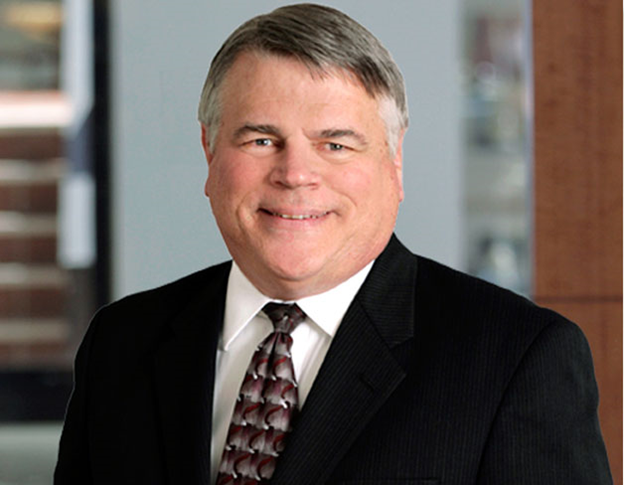 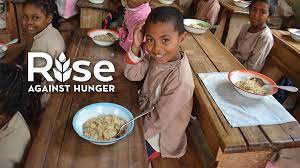 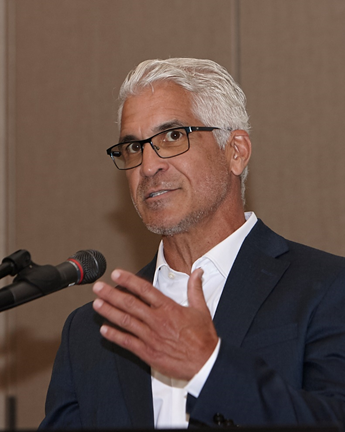 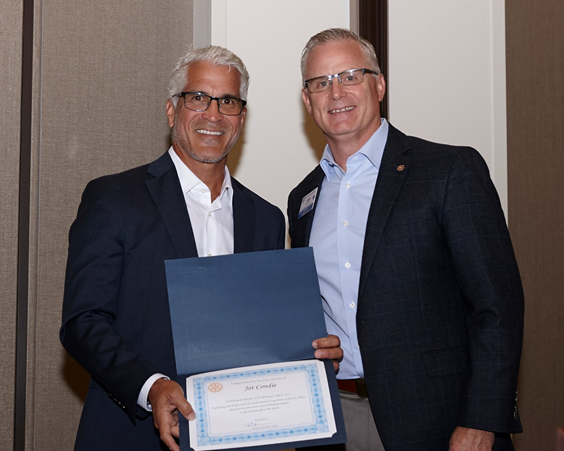 NANCY TEICHERT (Executive Director an Teichert Foundation) introduced Jot Condie, President and CEO of the California Restaurant Association, by posing the question, “Who missed their favorite restaurant during the pandemic?” Jot seamlessly transitioned NANCY’s introduction into his two favorites:  Falafal Corner on Alhambra and jerk chicken at Ella’s. 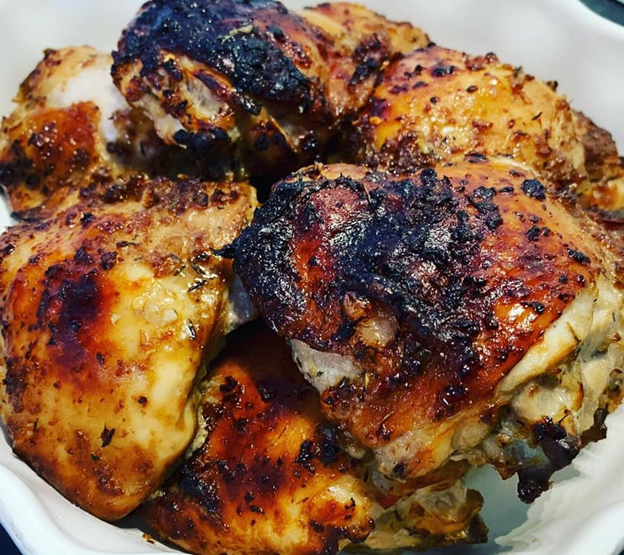 This is Jot’s first time speaking to a Rotary Club, yet he is familiar with the organization.  His father was a Rotarian in the East Bay and as a child, Jot though it was a secret society with secret meetings. 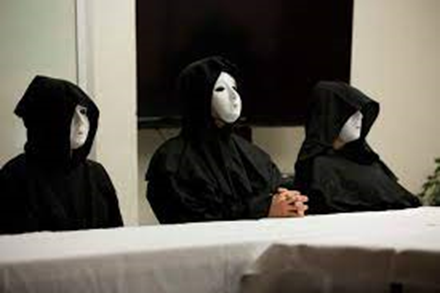 He didn’t know how bad the pandemic would get in March of 2020. Hoping maybe fifty-percent (50%) capacity would be the only restriction, Jot soon found many restaurants would lose one hundred percent (100%) of their in-dining capacity.  After struggling through many months, an awareness came from all of this: restaurants would figure out other ways to survive.  Outdoor dining (even in the winter), delivery (including alcohol), and drive through’s all contributed to the survival. PPP loans saved many restaurants.  Fun fact: The largest generator of sales tax in the state is the restaurant industry. 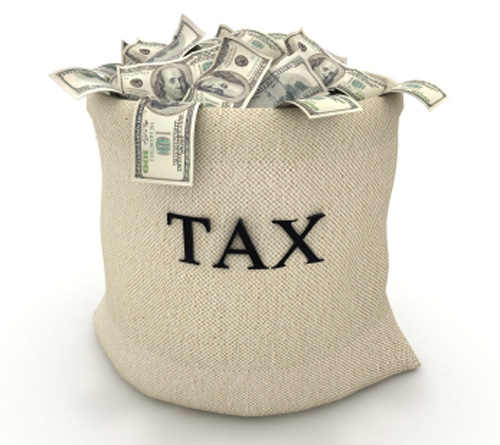 Change and struggles will continue.  How people work will affect restaurants.  A shift from urban to suburban demand has hit restaurants. Door Dash, which used to be the enemy in Jot’s opinion, has now become a resource. Their fee sometimes up to 30% of the meal ticket seemed steep, but now these platforms could be considered a savior for the industry. This tech has allowed us to order and have food delivered in minutes.  Maybe our eating habits have changed because of this technology? 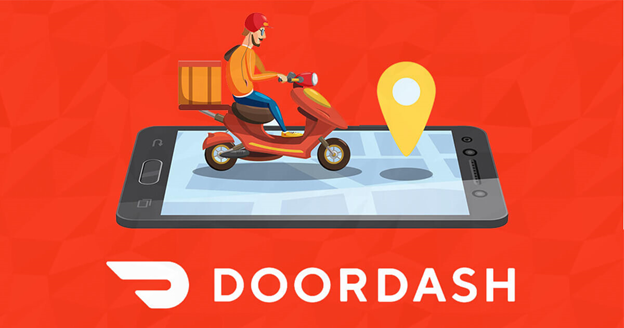 Small business is critical to our neighborhoods. Consider that 60% of restaurants are owned by people of color. There is a real economic viability issue here, Jot explained. Workers have suffered. Three out of five people in the state will claim a restaurant was their first job. Often newly released incarcerated individuals find their first employment back in the free world in restaurants.
Prior to the pandemic, something as casual as dining out may have been considered a right of passage. COVIDS effects on the restaurant industry put in perspective just how integral restaurants are to our local economies and our leisure experience as civilians.
WHAT’S NEXT?
If you didn’t make it to the July 27th meeting, don’t fret! There’s still a chance to make it to the next one!
On August 3, 2021, from 12:10 PM – 1:30 PM, we will be meeting at The Annunciation Greek Orthodox Church. Next Tuesday’s guest speaker will we Amanda Blackwood. Amanda Blackwood commenced her role as President and CEO of the Sacramento Metropolitan Chamber of Commerce (Metro Chamber) on May 1, 2018. She is the first female President and CEO of the Metro Chamber, not serving in a temporary position, in its 125-year history. As President and CEO, she leads the strategic direction, vision, culture, and business operations of the Metro Chamber.
Upcoming Rotary Club Meetings at a Glance:
Speaker: Panel – Arts Nonprofits
Speaker: Dr. Olivia Kasirye- Public Health
Speaker: Mayor Steinberg – Sacramento
Speaker: DARK
Speaker: John Frisch (moderator) + Panel – Commercial Real Estate
A REMINDER OF ROTARIAN VALUES
Remember the 4 Way Test as you go out in the world:
Is it the TRUTH?
Is it FAIR to all concerned?
Will it build GOODWILL and BETTER FRIENDSHIPS?
Will it be BENEFICIAL to all concerned?